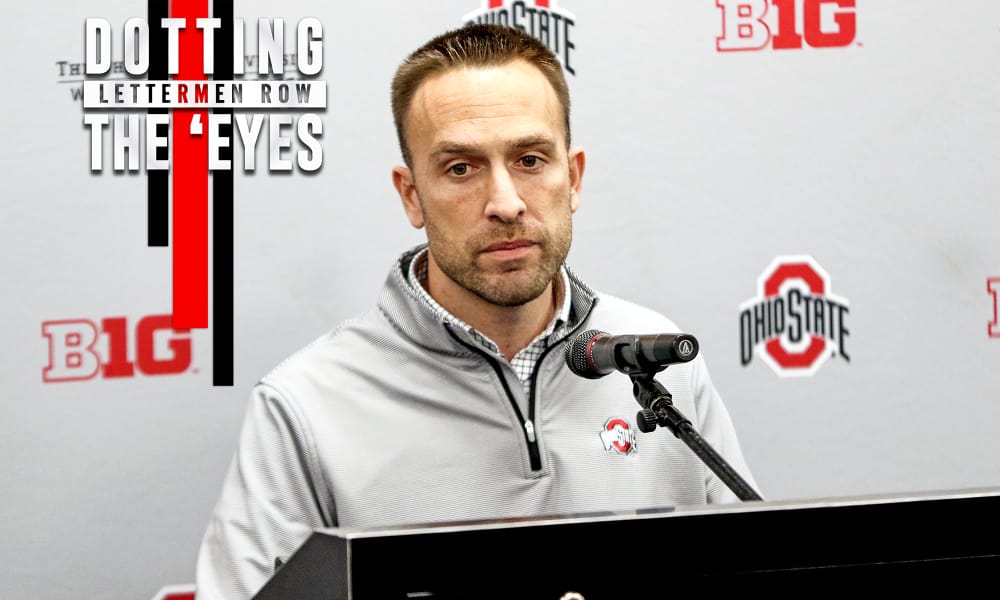 Stay in touch or be left out because Ohio State recruiting is a 24-hour, seven-day-per-week obsession. What’s the latest news as the Buckeyes build for the future? Get that and more Sunday through Thursday on Lettermen Row. Sunday’s edition introduces a new name in the secondary for 2020 and updates the visit plans of a 5-star running back.

The Buckeyes are one of a handful of major college programs hoping to increase their visibility in the state of Arizona, and they’re off to a good start with Jack Miller and Darvon Hubbard committed in 2020 alongside aggressive recruiting efforts with 5-star cornerback Kelee Ringo and 4-star tailback Bijan Robinson.

“I’ve been talking to their coaches every other day,” the country’s 12th-ranked safety said. “[Defensive coordinator Jeff] Hafley and [running backs] Coach [Tony] Alford. The relationship is really good.”

The relationship is good enough that just two weeks after extending the scholarship offer to Ransom, he’s already got his first visit to Ohio State scheduled.

“Me and my dad are coming to Ohio State on Feb. 24,” he said. “We’ll be at Notre Dame the day before. I like what the whole coaching staff [at Ohio State] stands for. It’s a brotherhood full of great guys.”

The Buckeyes will have to show Ransom what their football program is all about to earn consideration for one of his official visits later in the year. They’ll also have a little added pressure on this upcoming trip, because there’s no doubt Ransom’s experience will play a role in their recruitment of the aforementioned Bijan Robinson, one of the top two running back priorities for Ohio State. Ransom and Robinson “always talk” about playing in college together.

“I’m going to cut my list down a little in about a month,” Ransom said. “The biggest thing Ohio State has to show me is if I attend their school is will make me a better man, student and football player?

“I’ll definitely tell [Robinson] how I like it. He talks very highly of Ohio State, and he definitely wants to get out there.”

No visit to Ohio State yet for Kendall Milton

The other primary running back target in the Class of 2020 remains Clovis (Calif.) Buchanan 5-star tailback Kendall Milton. The Buckeyes have been working for months to build their relationship with Milton in an effort to get him on campus for a visit.

That hasn’t happened yet, but the 6-foot-1, 210-pound running back is set to visit a handful of other schools in the next few months, including Oklahoma and Texas. Milton pushed back his commitment plans in December with Urban Meyer’s retirement as one of the primary reasons for doing so, so it’s reasonable that the Buckeyes have a little catching up to do.

“I keep in good contact with both Ryan Day and Tony Alford,” Milton told Lettermen Row. “[Day] is a great coach and person from what I’ve experienced from the conversations we’ve had.

“He said he’d build the offense around me.”

There are a lot of schools hoping to build their offense around the country’s No. 2-ranked tailback. Ohio State needs to get him on campus soon or risk falling too far out of this race.

Buckeyes linebacker coach Al Washington was in Georgia prior to the end of the recruiting contact period and made a stop at Paulding County High School in Dallas, a small suburb located in northwest Atlanta.

“[Washington] said he’d be back in two weeks or so,” Mondon told Lettermen Row. “I guess he didn’t need to wait that long. He said that Ohio State liked my toughness and my work ethic.”

Currently, Mondon is unranked. But at 6-foot-3 and 220-pounds as a sophomore, the pieces are there for him to develop into a major prospect. The Buckeyes offer os a big one for him since he grew up a fan of what Ohio State does on the field. He’s now tasked with learning more about the program beyond the names he’s seen on TV.

“They were one of my favorite teams growing up, but other than like, old players I don’t know much else about them,” he said. “I just started liking them when they had Braxton Miller at quarterback. I’ve liked them ever since.”

Ohio State made a big impression on Charlotte (N.C.) Providence Day School defensive lineman Jacolbe Cowan during his most recent visit in November, so it’s not surprising to see them as one of the schools that made his final 12 schools.

All glory to God, from whom all blessings flow! 🙏🏽

And Then There Was 1️⃣2️⃣ … pic.twitter.com/my0mC6CY8W

Cowan is the country’s fifth-ranked strongside defensive end and the No. 52 prospect overall. He hopes to return to Ohio State soon, maybe for a camp in Columbus this summer.

“Probably in the spring or summer,” he said. “I definitely want to get some work in with Coach Johnson.”