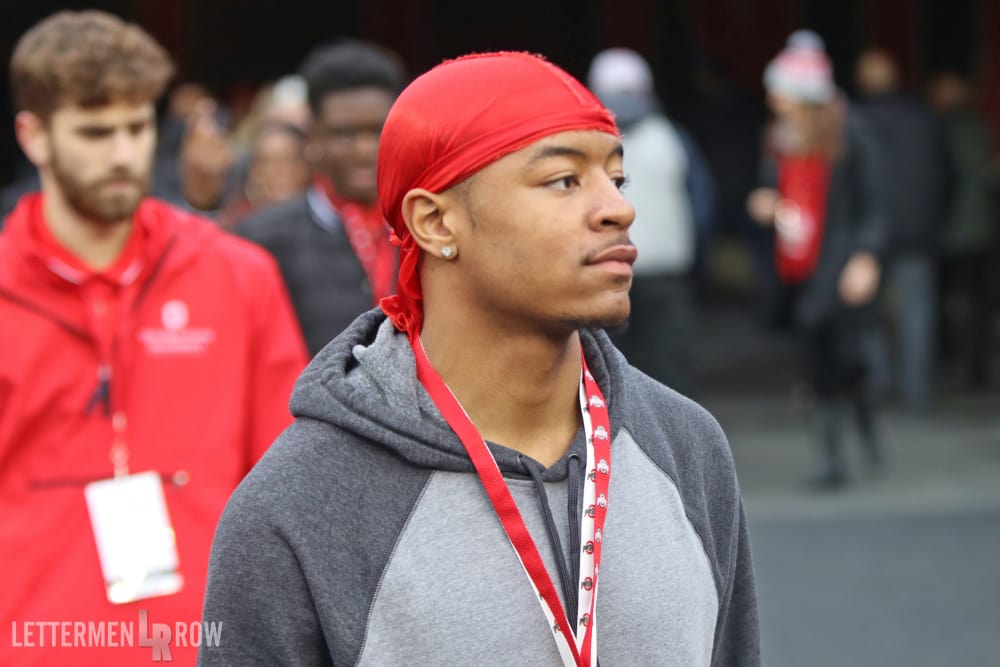 Have a question about Ohio State recruiting? This is the place for you, five days a week. Submit your questions on Twitter or on the Lettermen Row forums. Check in daily to see what’s on the mind of Buckeyes fans all over the country. Today we’re discussing the running back position and which players area in the mix for the Buckeyes after what appears to be an obvious top two targets.

It appears the goal is to sign two RBs this cycle with the hopes that one of those two will be a high 4* – 5*.
What is Plan B if the Buckeyes strikeout on both Bijan and Milton?

First I want to make sure that the right labels are applied here. Yes, there’s no doubt that Kendall Milton and Bijan Robinson are two of the Buckeyes top overall targets in the Class of 2020 but I don’t think there are many folks out there who believe they have any sort of chance to land both of those 5-star running backs.

As you said, the goal is definitely to a sign a pair of running backs in 2020 and whomever the “second” guy is isn’t really a “Plan B,” he’s just likely not going to be Bijan Robinson or Kendall Milton, you know?

A little over a month ago, we touched on this topic and went over some of the possible options in the backfield, a column that was written a day or two ahead of the expected decommitment from Darvon Hubbard.

“There are a lot of names that bear watching, but none that appear so exponentially different that they can be put in any sort of distinguishable list,” we said in mid-February. “Local kids like Mike Drennen and JuTahn McClain are intriguing because they could fill the H-back role more than the traditional running back role, but neither of them is the bell cow-type back that is needed in this cycle’s haul.”

When it comes to that primary, top of the line, pure running back? Things are a little cloudier. Ohio State is interested — and recruiting — a number of players from all over the country but it seems pretty content to not go too hard after anyone else until they know exactly what’s what with Milton and Robinson. Milton will visit the school on April 4 and Robinson, to this point, remains mum on his plans for a Columbus trip.

There are really good players out there like Dallas 4-star E.J. Smith who have visited multiple times, but it seems unlikely that he’s willing to play second fiddle in a recruiting class and I think a number of the country’s best prospects will fall into that same category. There are under-discussed prospects like Jaylan Knighton and Lawrance Toafili that have very good relationships with Tony Alford but that haven’t yet been to town yet.

Inside of Ohio, there are still other options that are emerging. Portsmouth’s Talyn Parker was back on campus with Ohio State last weekend and has the talent to play for the Buckeyes as long as he has can show continued improvement academically. There area some inside of the Woody Hayes Athletic Center pushing for an offer for Winton Woods (Cincinnati) running back Miyan Williams, so he is another player that could work himself in the mix especially if he decides to camp at Ohio State this June.

It’s going to be very interesting to see how these next few months unfold but the next major plot point is Kendall Milton’s visit next week. A lot of other pieces could take shape after that.