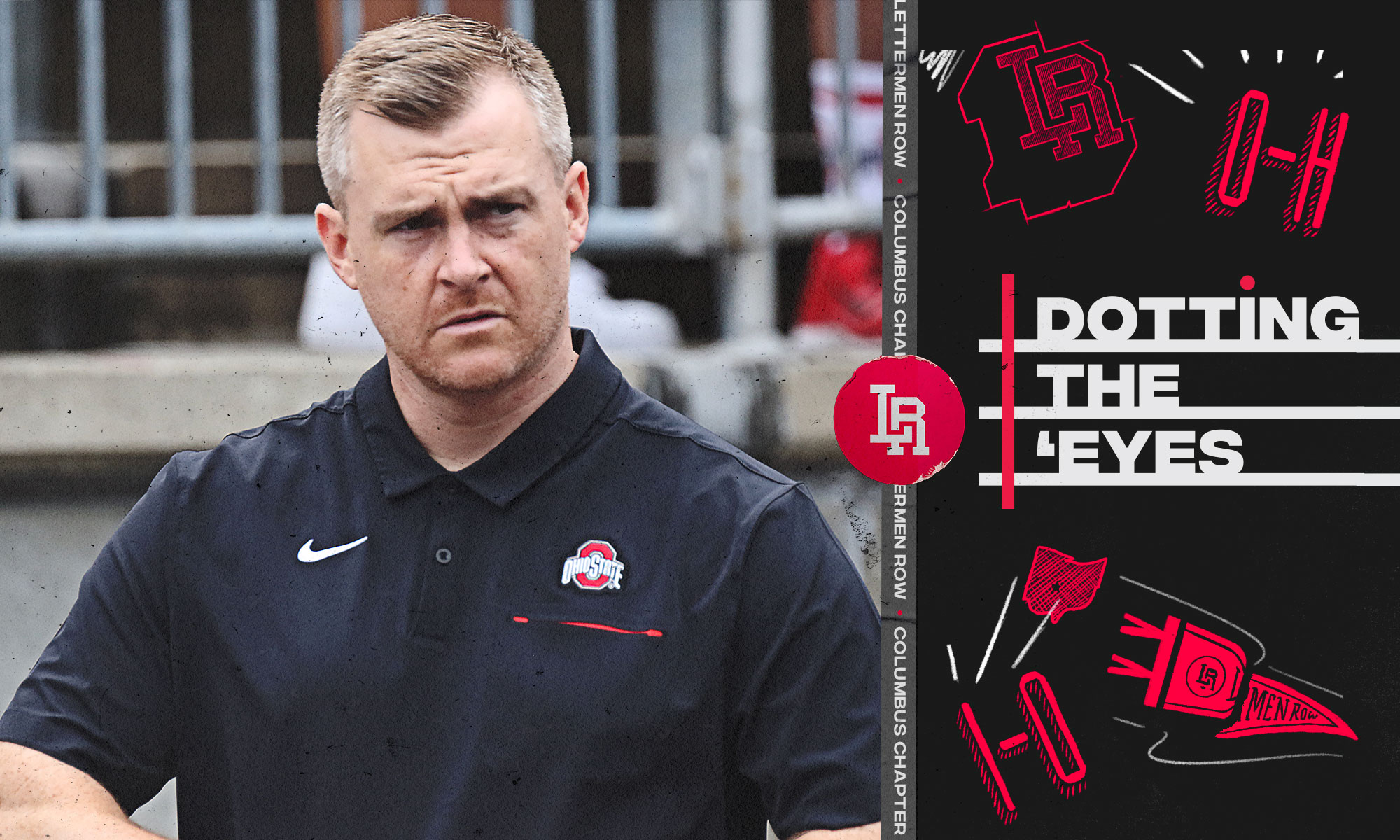 Stay in touch or be left out because Ohio State recruiting is a 24-hour, seven-day-per-week obsession. What’s the latest news as the Buckeyes build for the future? Get that and more Sunday through Thursday on Lettermen Row. The latest notebook has the latest on some Ohio State targets heading elsewhere while the Buckeyes offer a pair of 2023 prospects.

It’s been a quiet summer for Ohio State recruiting. But as football attempts a return to normal, the Buckeyes are working to get ahead in the Class of 2023 — and have now offered one of the country’s premier rising-sophomores, Joenel Aguero from St. John’s Prep in Danvers, Mass.

Aguero is a two-way prospect who can play wide receiver or in the defensive backfield, and he was offered by Ohio State assistant Matt Barnes.

“It’s really huge,” Aguero said. “It feels good honestly. I been talking to them since like January, so we’ve been talking here and there. What makes it [huge] is that they have a great program and send so many players to the NFL.”

A broken ankle cost the 6-foot, 175-pound Aguero six games as a freshman, which makes it kind of incredible that he’s already received offers from places like Michigan, Michigan State, Boston College, Penn State, USC and now Ohio State. He wants to give coaches a show this season now that he’s fully healthy.

“These college coach really haven’t seen me at my prime,” he said. “I was playing on a hurt ankle when I came back. I’m definitely ready for three more seasons of this attention. I want to put Massachusetts on the football map and show people that we can ball here, just like any other state.”

Ohio State is one of the programs that Aguero grew up watching and is on the short list of places he wants to visit whenever recruiting visits are permitted again.

“I want to take a visit to Ohio State, Michigan, Tennessee and Penn State,” he said. “I’ve not been to any schools yet.”

If the name Leigh and the location associated with it ring a bell, it’s because Aidan Leigh is the younger brother of 5-star 2021 offensive tackle Tristan Leigh — Ohio State’s top remaining offensive line target in the current cycle.

Ryan Day is the coach who offered the younger Leigh, and just about two hours later, Ed Orgeron and LSU made the same overture, adding a unique level of intrigue as both schools pursue Tristan. Those are probably the top-two teams in that ongoing recruitment. LSU was the school that landed former Buckeyes target Garrett Dellinger in the Class of 2021, and the Tigers have also offered Cole Dellinger, Garrett’s younger brother and a 2023 prospect.

There’s a certain level of gamesmanship involved in all recruiting, and the two-hour Monday afternoon stretch for Aidan Leigh is a good example of that.

The Covid-19 pandemic has completely changed the game for recruits in the Class of 2022. No visits or camps this summer mean a lot of young prospects who were hoping to get evaluated or offered by Ohio State didn’t have that chance. Because of the ongoing recruiting dead periods, they also don’t know if or when they ever will.

If last weekend is any indication, what may end up happening is recruits may opt to jump on their best or favorite offer earlier than in previous cycles. For example, two players that Ohio State had some interest in watching this summer or this season have issued commitments to two of its regional rivals.

First, Kaden Saunders, the No. 6-ranked player in Ohio in the Class of 2022, committed to Penn State. The wide receiver prospect had been on campus with the Buckeyes many times, but Brian Hartline’s focus has been elsewhere and there were some questions about what Saunders best position would be. That may have contributed to the tepid nature of his recruitment by Ohio State.

On Monday, Milton (Alpharetta, Ga.) High School 2022 tight end Jack Nickel, who has family ties to Columbus and did a campus tour by himself a few weeks back, committed to Notre Dame.

“I haven’t talked to Ohio State about [the commitment] yet,” Nickel told Lettermen Row. “I did hear that Mark Pantoni wanted me to wait because a coach was going to try to see my game and most likely offer me then. I just felt like Notre Dame is the best fit for me academically and for life after football if I don’t go pro.”

The Buckeyes also saw a former big-time 2021 target, Belleville (Mich.) High School 5-star Damon Payne, come off the board. Payne committed to Alabama. Ohio State’s defensive line focus has been exclusively on J.T. Tuimoloau and Tywone Malone — and it will remain there in the foreseeable future barring any major changes to its plans.