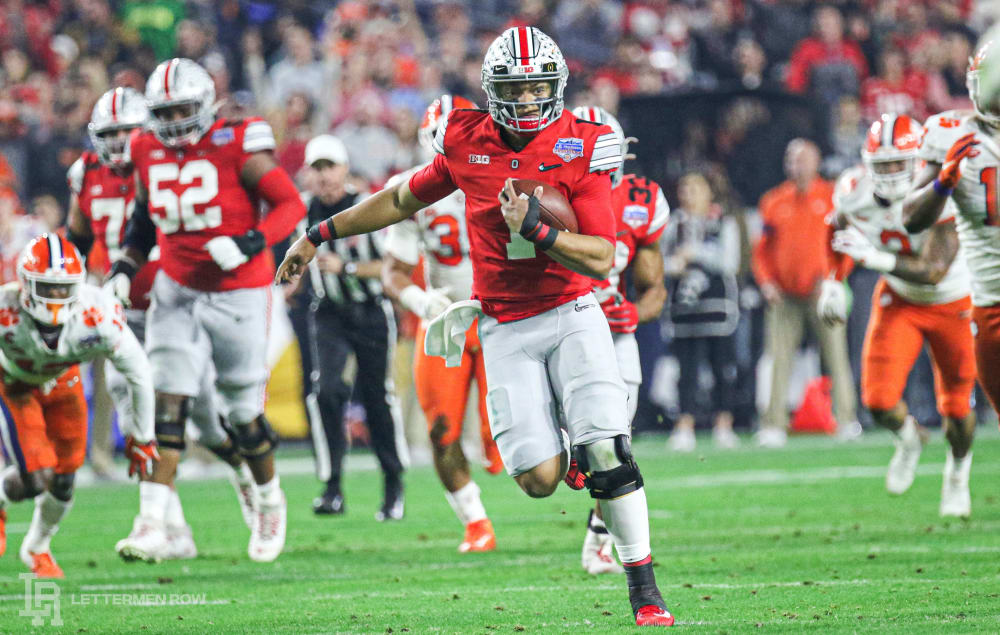 That’s the byproduct of the enormous talent that the Buckeyes junior possesses. He’s played like he’s from another planet a number of times, and more often than not the things he does on the field look almost too easy. He doesn’t run, he glides. He doesn’t even look like he’s breaking a sweat most of the time.

And so when things get harder for Fields, the Big Ten’s Offensive Player of the Year reaches for his cape and tries to becomes the hero for Ohio State.

It’s what any coach in the country would want from their best player. The relentless pursuit of perfection isn’t a flaw. But for Justin Fields, it also isn’t always necessary. He’s not the lone hero when the Buckeyes take the field, and he doesn’t need to be.

Ohio State might be used to him being Superman. But to beat Clemson on Friday in the Sugar Bowl, what Ryan Day and his teammates need is for Justin Fields to take off the cape of Superman and put on the glasses of Clark Kent.

Think. Read. Be careful not to show too much.

“Just win the game,” Ohio State coach Ryan Day said on Monday. “I think that has to be the approach, not: ‘We’re going to beat a team by 28 points, are we going to throw for 500 yards and be on the Heisman Trophy watch’ or whatever. It’s win the game. If you win the game, you move on. That’s what matters.”

Ohio State needs reliable, steady leadership in a game that will test the mettle of each and every player on the roster. None will be under the pressure that Fields is going to be. It’s. game that will in some ways tell the tale of his entire Buckeyes legacy — and he knows that.

“That game hurt us a lot last year, so that’s kind of been our whole motivation this whole offseason,” Fields said. “It’s just about getting a chance to play those guys again and getting this opportunity,”

The Buckeyes and Fields earned it in the Big Ten title game. But his 14-of-27 effort against Northwestern was at best inconsistent and objectively the worst outing in his Buckeyes career. For the first time since taking the reins of the offense, it was Fields who needed a bit of saving from the Buckeyes instead of the other way around.

“I think what happened in those games and me not playing as well as I wanted to, maybe God was sending me a message that I need to do more, and work harder,” Fields said Monday, referencing games against Indiana and Northwestern, where he threw a combined five interceptions. “That’s kind of how I am looking at it. I am looking at it as a challenge.” 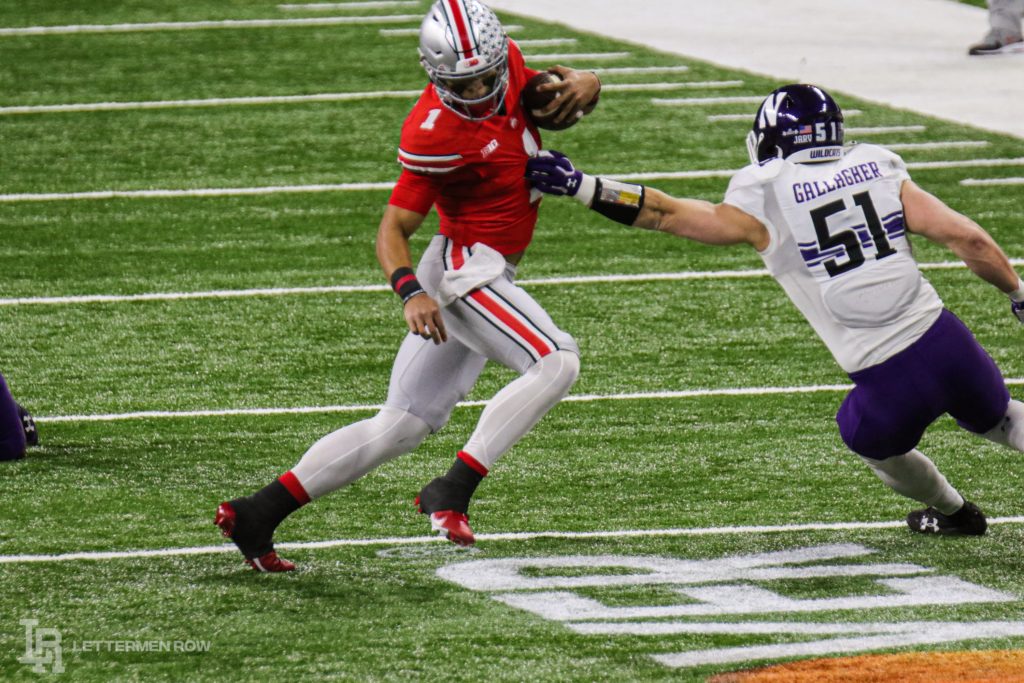 Justin Fields has a career-defining game ahead of him against Clemson. (Birm/Lettermen Row)

That type of performance won’t cut it against Clemson. Fields knows that. Perhaps, though, the message that should be taken away from that pair of games is being misinterpreted.

Justin Fields doesn’t need to do more, and Ohio State doesn’t need him to do more. The Buckeyes need Justin Fields to do whatever he needs to do, within the parameters of the offense. Sometimes that means letting teammates do the flying the way that Trey Sermon did against Northwestern.

Ohio State isn’t going to beat Clemson with only Justin Fields, no matter how well he plays against the program that has become its kryptonite. The junior quarterback can’t spend anymore time focused on the last pass he threw against the Tigers last December in the Fiesta Bowl. He can’t spend anymore time worrying about whether or not he could have played better against Northwestern in Indianapolis.

For the Buckeyes to beat Clemson, they’re going to need Justin Fields to play smart, measured and controlled football. That means not turning the ball over or forcing things that aren’t there. It means letting Trey Sermon, Master Teague, Chris Olave, Garrett Wilson, Luke Farrell and Jeremy Ruckert — among others — use their own unique abilities at every possible moment.

“I think he will do well,” offensive coordinator Kevin Wilson said. “But he will do better, as all quarterbacks do, when the surrounding parts do their job to help him.”

When Superman is the standard, it’s hard to embrace the inner-Clark Kent.

For Ohio State to beat its newest arch-nemesis, Ryan Day and Justin Fields will need to rely on the rest of their heroes.