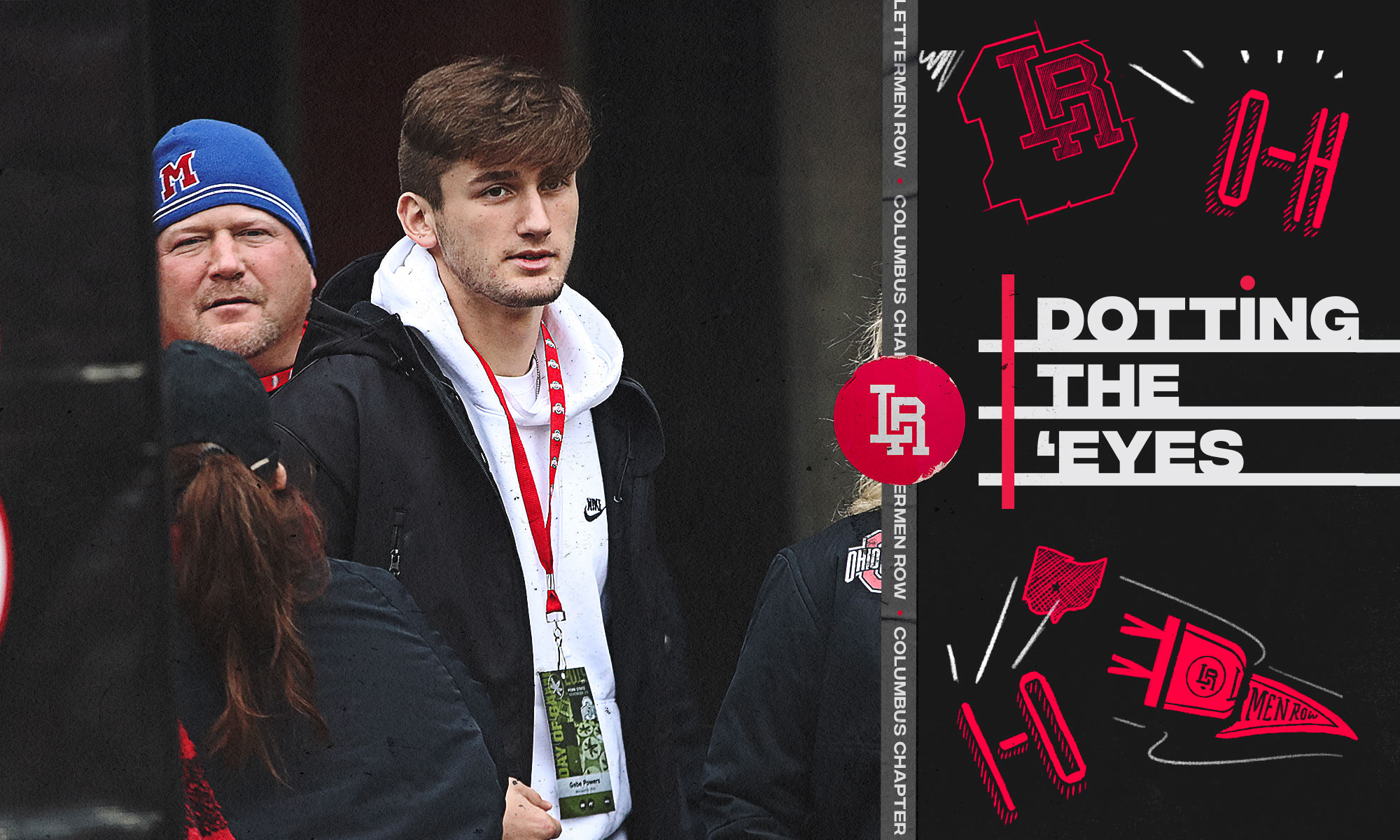 Gabe Powers still hasn't been able to visit other schools as he originally planned. (Birm/Lettermen Row)

Stay in touch or be left out because Ohio State recruiting is a 24-hour, seven-day-per-week obsession. What’s the latest news as the Buckeyes build for the future? Get that and more Sunday through Thursday on Lettermen Row. Today’s notebook touches on the impact that Jordan Hancock’s decommitment could have on Barrett Carter, a local linebacker who is trying to remain patient and more.

For those who might have missed it during quarantine, Hancock committed to the Tigers in early March despite most people believing that the Buckeyes were the favorite to eventually sign him. Heck, Hancock told Lettermen Row that he believed that on the day he committed to Clemson. So, from the very start there was at least some belief that it’d be hard for Dabo Swinney’s program to hold on to his verbal pledge.

For the last few months, Lettermen Row sources have indicated that Hancock wasn’t entirely set on his decision and that a decommitment was likely — when and if he could muster up resolve to face the pending backlash. For whatever reason, that happened on Tuesday night. Now Ohio State, Alabama, Florida State and others are in the mix for Hancock. Initially, the thought was that Georgia would pick up the intensity to try to land Hancock after losing out on Tony Grimes to North Carolina. But sources close to the Bulldogs have indicated that Hancock remains lower on their board than other defensive back targets.

There is no working timeline for a new decision by Hancock. But to put it simply: The longer he goes before making his next decision, the harder it gets fo Ohio State. That’s not to say the Buckeyes wouldn’t land him even if he waited until November or December. But the reason to make this decision now when no visits are allowed to happen is likely to join another, different class. The more time that Alabama and others have, the more challenging it gets for the Buckeyes — especially without a return visit to Columbus by the No. 6-ranked cornerback and his family.

My personal opinion is that Hancock will not wait too long before making a new decision.

So if Jordan Hancock ends up selecting Ohio State, what happens with his North Gwinnett (Suwanee, Ga.) teammate Barrett Carter?

The 4-star linebacker was the top linebacker option on the board for the Buckeyes, and when he appeared on Birminology in the winter, Carter insisted that he and Hancock would be playing college football together. Hancock committed to Clemson before Barrett Carter did, but Lettermen Row sources are of the belief that it was actually Carter who was driving that bus toward the Tigers. Because of that, there’s not much reason to believe at this point that Hancock’s decision will lead to Carter reopening his own recruitment.

That doesn’t mean Ohio State isn’t going to try. Ohio State’s 2021 recruiting class wasted no time on Tuesday night extending a hand to Carter in the hopes that he’d be willing to listen to their pitch.

It will likely end up being a losing proposition for Ohio State. But Carter and LSU commitment Raesjon Davis remain among the very few linebackers still being courted to complement Reid Carrico at that spot by the Buckeyes.

While we’re talking linebackers, let’s catch up with 2022 in-state standout Gabe Powers, the top-ranked player in Ohio in the Class of 2022.

The Marysville star has stayed pretty quiet in recent months, sitting back and waiting for the recruiting dead periods to be over so he can make a handful of key visits before picking a college. The 6-foot-4, 225-pound Powers told Lettermen Row that had he been able to do that over the summer, there’s a good chance he’d have announced a decision by now.

“I was going to make a decision,” Powers said. “The dead periods have definitely affected me. Now I just have to wait and see how the next season is going to be.”

Powers was hoping to use those visits to get a better understanding of the schools and coaches he’s interested in. Despite a rash of players like Wisconsin athlete Braelon Allen making a commitment now, he’s going to remain in wait-and-see mode.

“I wanted to get down to see how teams coach the guys in person, so I could actually make a decision,” he said. “And I still want to do that. It’s just hard right now because the schools can’t really contact me.”

Another Ohio prospect remaining patient in the recruiting process is Cincinnati La Salle running back Gi’Bran Payne. The 5-foot-10, 190-pound Payne has narrowed his top schools list to 10 — but noticeably absent from his list is Ohio State.

The Buckeyes have not offered Payne yet. That’s why, despite regular contact with Tony Alford and the Ohio State staff, Payne didn’t include them in his recent announcement. He knows things could change and isn’t worrying too much about when or if that offer comes.

“Recruiting has slowed down since the Covid,” Payne told Lettermen Row. “It’s starting to pick back up. I have a strong relationship with Coach Alford and we talk regularly. I actually had a call with Coach Day and they told me that I’m a top player for them and my time will come.”

“They’re both in my head,” Payne said, acknowledging Smith’s efforts to convince him to pick Alabama. “Especially Tay. He made a post that he wasn’t leaving without me, and Jaylen talks to the Ohio State coaches, so they know everything about me.”

As for the Buckeyes offer? If it comes, it comes.