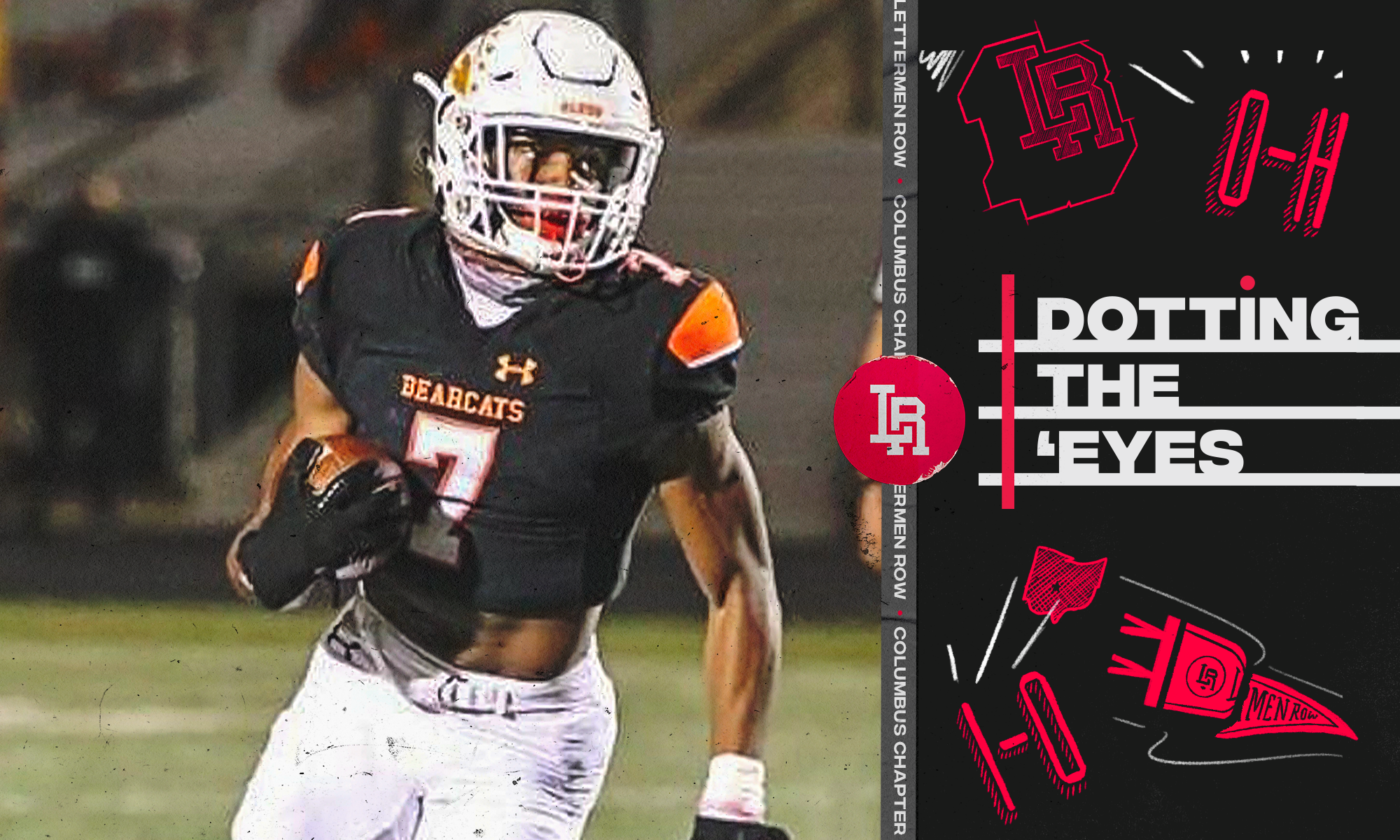 Bryan Allen is one of the country's top safety prospects and was offered by the Buckeyes last May. (Bryan Allen/Twitter)

Stay in touch or be left out because Ohio State recruiting is a 24-hour, seven-day-per-week obsession. What’s the latest news as the Buckeyes build for the future? Get that and more Sunday through Thursday on Lettermen Row. Friday’s notebook checks in on a new offensive line offer and a couple defensive backs that have interest in Ohio State.

Top Ohio State defensive back target Bryan Allen in the Class of 2022 reopened his recruitment on Thursday, decommitting from LSU.

“In life, we sometimes have to make tough decisions,” Allen tweeted. “This was one for me. I would like to thank the coaching staff at LSU for all the love they’ve shown my family and I. With that being said, I will decommitting from LSU and re-opening my recruitment.”

Ohio State offered the Aledo (Texas) High School standout Bryan Allen last May, and the Class of 2022 prospect didn’t hide his interest in the Buckeyes at that time.

“It’s huge,” Allen told Lettermen Row at that time. “Ohio State is BIA at my position. Monsters come out of Ohio State.”

The country’s No. 5-ranked safety prospect, Allen is one of a handful of players at the position still being recruited by the Buckeyes. There’s a long way to go, and the Ohio State coaching staff would love to start getting players back on campus before filling up too much of the 2022. The dead period can’t end soon enough at this point.

There’s been a ton of transfer portal conversation this week, but a new name that was added on Wednesday night may be worth pay attention to for the Buckeyes.

Tennessee departure Henry To’o To’o is on the market, and he’s a player that may be too good to pass up. Ohio State sources have confirmed that there have been preliminary conversations between the linebacker, his father and the Buckeyes — and more talks are expected in the next few days. Exactly how much interest the former freshman All-American has in the Buckeyes remains to be seen, but there’s clearly interest from Ohio State side and at least a willingness to listen from To’o To’o.

Alabama,  Oregon, USC and Michigan have all been identified as potential landing spots for the California native. The Buckeyes are now in that mix as well.

Naturally that development could impact the situation with former 5-star linebacker Palaie Gaoteote, who is still in the transfer portal after moving on from USC. Gaoteote is reportedly very interested in the Buckeyes, and there’s been conversation about whether or not the two sides are the right fit. But there’s no hurry to rush into a decision on either side.

Beyond honored and blessed to receive an offer from THE Ohio State University!!! GO BUCKEYES!!!🔴🔘@CoachStudOL pic.twitter.com/ytY1310wxP

Umeozulu is the country’s No,. 13-ranked guard currently, but he had a big junior year at Allen and should be in line for big ratings and rankings bump when those things get restructured. The 6-foot-4, 300-pound lineman has offers from Alabama, Oregon, Oklahoma, Texas, Texas A&M and more than twenty other programs, so his 3-star ranking hasn’t stopped anyone from making a play for him at this point.

Though he’s not heard from Ohio State yet, Lafayette (La.) Christian Academy star cornerback Jordan Allen has become a pretty hot commodity on the recruiting trail. The 6-foot, 180-pound cornerback is a 3-star prospect but picked up offers from Georgia, Michigan, and Miami in a 5-hour stretch on Thursday, adding those three to a total that now sits at 15. He’s close friends with Buckeyes 2022 commitment Jyaire Brown and would love to hear from Ohio State at some point.

“Jyaire has been saying how much he loves them, and he’s like my brother,” Allen told Lettermen Row. “Jeff Okudah was my favorite defensive back out of Ohio State. He’s a big guy, his technique was great and he plays physical.”

It’s been the play of Allen, currently the No. 54-ranked corner in the country, that’s drawn the recent rash of offers.

“I’ve guarded the top players in my state and locked them down,” he said. “It’s just God’s plan I guess and I’m just thanking God and waiting for the next blessing.”

The Buckeyes don’t usually recruit Louisiana because most kids from that area don’t leave it for school. But Allen is willing to go wherever the best opportunity is.

The Buckeyes have been a consistent in Moore’s recruitment for much of the last year and offensive line coach Greg Studrawa has been regularly communicating with the country’s No. 6-ranked guard for a while now. Moore is expecting to get very busy on the recruiting visit trail come April with a planned stop in Columbus as soon as he’s able to do so.