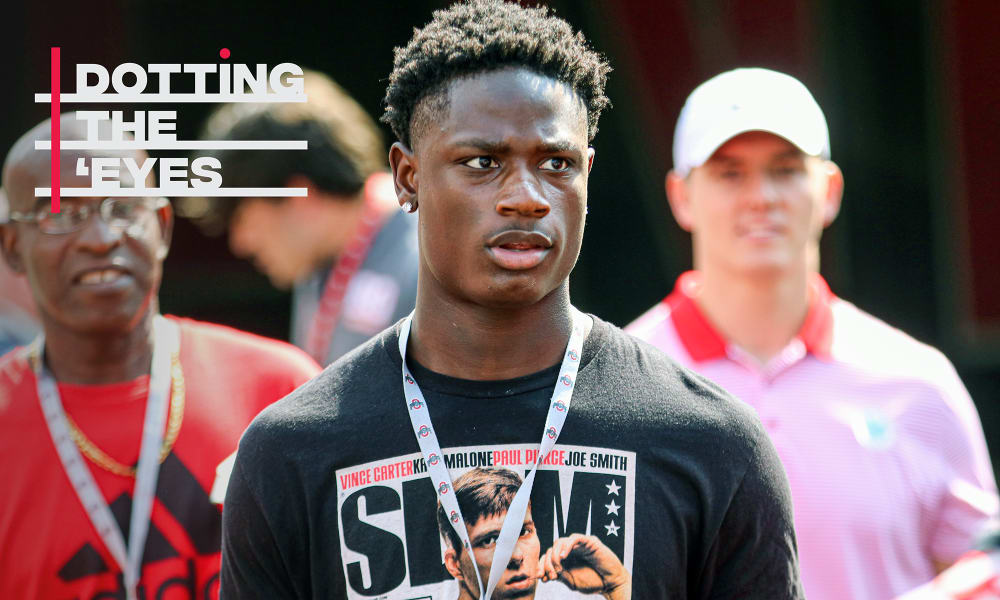 Ryan Watts made his official visit to Ohio State as the Buckeyes hosted Miami (Ohio).

Stay in touch or be left out because Ohio State recruiting is a 24-hour, seven-day-per-week obsession. What’s the latest news as the Buckeyes build for the future? Get that and more Sunday through Thursday on Lettermen Row. Sunday’s notebook looks at how a new running back offer impacts the Class of 2020 and the vibe around Oklahoma commit Ryan Watts following his official visit to Ohio State.

The biggest recruiting news of the Ohio State weekend had nothing to do with any of the recruits on campus in Columbus. Hours before the Buckeyes kicked off against Miami (Ohio), the intrigue around the running back position in the Class of 2020 ratcheted up a notch as Ohio State extended a scholarship offer to Winton Woods (Cincinnati) 3-star prospect Miyan Williams.

A 5-foot-10, 210-pound tailback who racked up more than 2800 rushing yards as a junior — yes you read that correctly — Williams has been committed to Iowa State since July 4 but he’s been monitored and evaluated by the Buckeyes since well before that. Williams was expected to camp at Ohio State this past summer but chose not to and that’s probably the reason the offer came now instead of then, since running backs coach Tony Alford and the rest of the Buckeyes coaching staff has some senior tape to look at now.

Naturally, people are going to wonder what happens from here and I will only say that in most cases Ohio State will not offer an in-state prospect committed elsewhere unless they feel there’s a higher-than-average probability that player is willing to flip his commitment. So, bottom line, it seems likely that at some point — and there’s no real feel on the timeline here — Williams will become the next Ohioan to commit to the Buckeyes in the Class of 2020.

What happens then when it comes to the pursuit of other running backs? As Ohio State continues to work out exactly what it has on its roster with players like Master Teague, Marcus Crowley and Steele Chambers, how many signees it needs at running back in this cycle looks like a moving target.

If Williams were to make a change in his college decision before the weekend of Oct. 5, when Lancaster (Texas) running back Tre Bradford is scheduled to make his official visit, that could change the plans for Bradford as well. To this point, Williams isn’t speaking on his plans but with the Buckeyes on the road next weekend I can’t say I’d be surprised if this takes a few weeks to sort out, at least until the Cincinnati star visits Columbus once again for himself.

Update on Ryan Watts and the Buckeyes following official visit

The Buckeyes hosted two official visitors over the weekend including Oklahoma commitment Ryan Watts who arrived at Ohio State on Saturday morning around 11:00 a.m and left Sunday afternoon about 2:30 p.m.

The visit for Watts is important, he’s one of the top remaining defensive back targets for the Buckeyes in the Class of 2020 and a player that has now visited Columbus twice in the last three months. The Little Elm (Texas) 4-star prospect has been committed to the Sooners since April but he’s remained in regular contact with the Buckeyes — and defensive coordinator Jeff Hafley — since and has built a solid relationship with the first-year Buckeyes assistant.

Talking to sources close to Ohio State this weekend about Watts, here’s what is most important to know.

Lettermen Row has touched base with Watts as he was getting ready to board his flight home to Texas and we’ll hope to have some thoughts from him Monday.

Ohio State offered Bowling Green (Ky.) 2021 tight end Jordan Dingle a scholarship following his one-day camp performance with the Buckeyes in June. the 6-foot-4, 230-pound prospect returned to Columbus for the first time since that visit and left impressed by the Buckeyes program and the city as a whole. 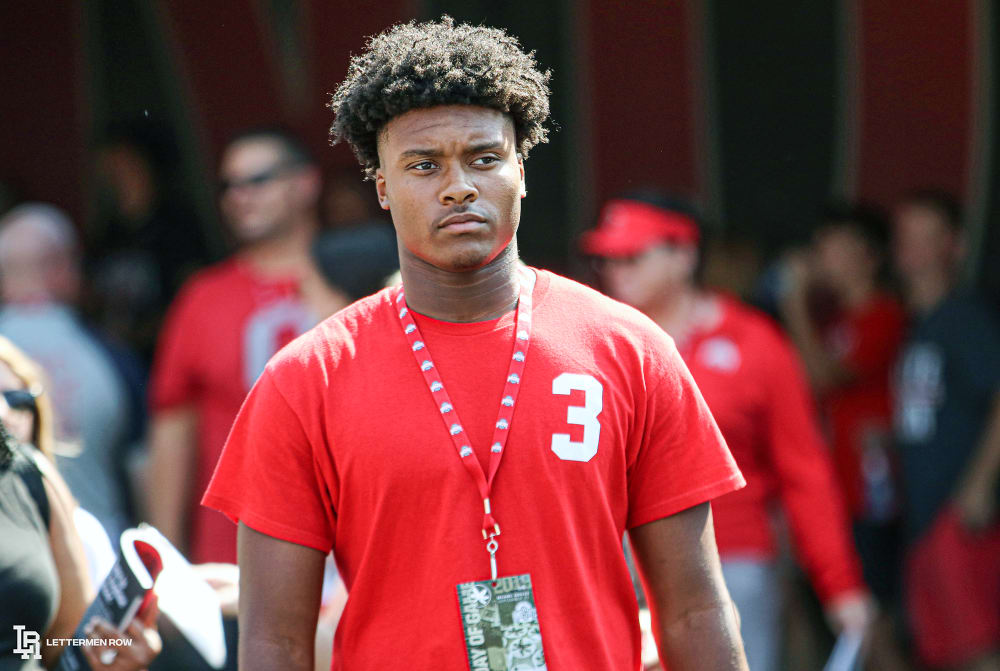 “We got there [Saturday] morning and checked out the city,” Dingle said of his visit. “I spent a lot of time with Coach Wilson and also talked with Coach Day before the game. I love the energy of the team, the stadium and the coaching staff.

“One ‘wow’ moment was when I walked into the stadium. I had no idea it was that big.”

Dingle, the country’s 12th-ranked junior tight end, met again with Day and Wilson on Sunday morning before he and his family left town.

“They really want me to be a part of the Buckeyes family,” Dingle said. “It makes [Ohio State] one of the top schools I’m interested in and the visit helped me to get a better feel of what they’re about. They have a lot to offer me.”

One of the country’s top offensive linemen and a player that had visited Ohio State in June — and told Lettermen Row three days ago he’d be back for the Buckeyes game against Michigan State — is no longer on the board.

Riley Mahlman, Minnesota’s top-ranked 2021 prospect, committed to Wisconsin on Sunday afternoon after visiting the Badgers for their 35-14 win over Michigan.

The Buckeyes have one offensive lineman committed in 2021 and will likely look for another pair of tackles to complement Ben Christman. Ohio State will have to continue its search without Riley Mahlman, however.