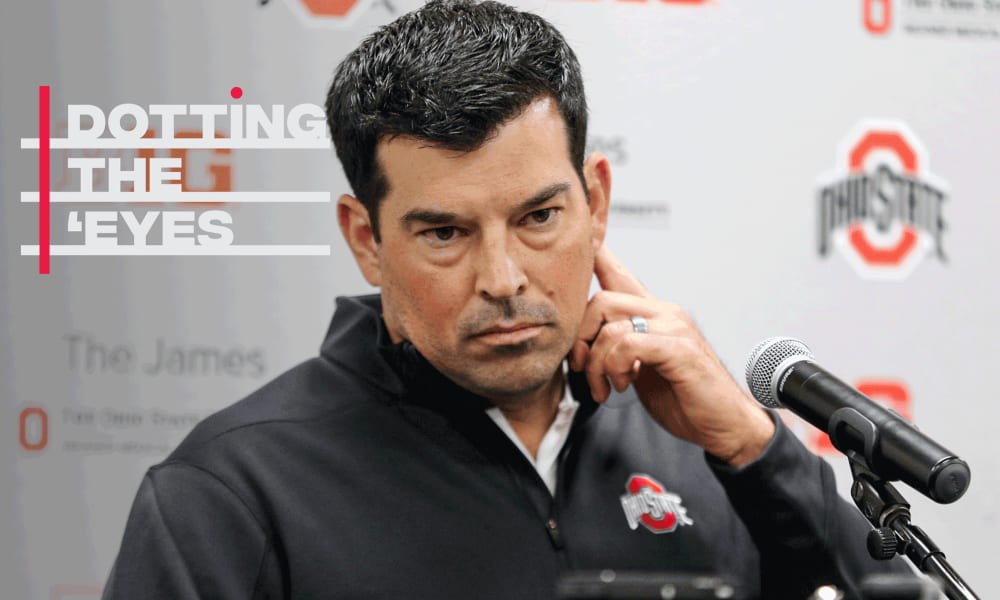 Ryan Day and Ohio State will get back to work on the recruiting trail in the next month. (Birm/Lettermen Row)

Stay in touch or be left out because Ohio State recruiting is a 24-hour, seven-day-per-week obsession. What’s the latest news as the Buckeyes build for the future? Get that and more Sunday through Thursday on Lettermen Row. Tuesday, we break down the Buckeyes remaining needs for the Class of 2020 and how Ryan Day and his staff will attack them heading to signing day.

There are just a few more days in the current recruiting quiet period, and only three more before the Buckeyes kick off the first full season of Ryan Day-led football. So, I thought today was a good time to do a little housekeeping when it comes to the 2020 recruiting class.

There isn’t a lot of hard news coming from recruiting circles right now, and that will certainly change in the near future as Sept. 1 arrives to open up contact for juniors around the country and as players begin making their way to college campuses again.

There are maybe four or five positions that I think Ohio State could still address in its Class of 2020 with the hopes of adding another five or six total prospects. With 21 current commitments — not counting kicker Jake Seibert, who is planning to grayshirt with the Buckeyes — there’s not a lot of work to do still for Ohio State.

But what’s left is important.

Let’s get into the remaining questions and look at what positions should be the Buckeyes focus from here until Signing Day in December.

Will Ohio State go after a second quarterback?

I continue to believe the answer to this question is and should be yes.

That has nothing to do with how the Buckeyes perceive Jack Miller, who I’ve been repeatedly told is a key piece of the future plans. Rather, it’s simply a numbers issue. And the fact is that the Buckeyes simply must add another quarterback to its roster beyond Miller in the next handful of months.

We’ve talked about how there are limited options if Ohio State is committed to finding a prep player to fill this void. The greater opportunity may be in the transfer portal when this season ends. But either way the truth is the same: There’s a need here, and the Buckeyes have to fill it.

On the high school front, two options who have been regularly mentioned are California’s C.J. Stroud and North Texas commitment Kade Renfro. Any number of senior quarterbacks around the country could play themselves into this conversation with a good few months of football, similar to what Matthew Baldwin did two years ago.

Is Kevontre Bradford the top target at RB for Ohio State?

This is a matter of interpretation, but as we sit here now, I think that Texas 4-star running back Kevontre Bradford has moved up the Buckeyes wishlist and is quite possibly the top player to fill the unexpected gaps left by Bijan Robinson and Jaylen Knighton committing elsewhere.

Bradford’s Ohio State recruitment is still in its infancy. But it is growing quickly, and where things go from here sort of falls on Bradford to figure out. He’s never been to Columbus, and the timing of his first visit if he makes one this fall could be telling. 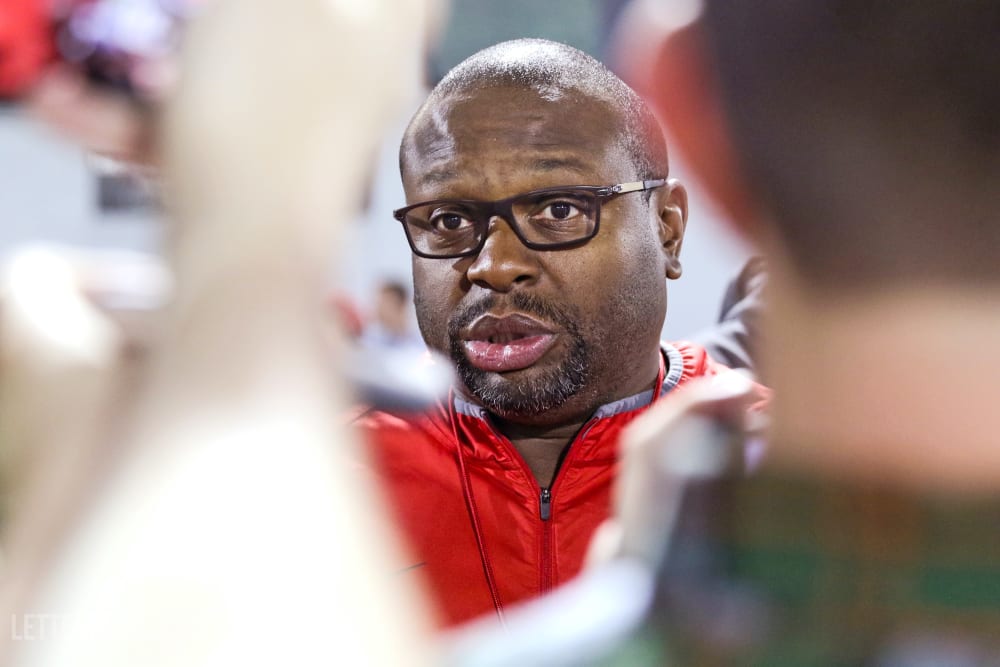 The spotlight is squarely on Tony Alford and his recruiting in the Class of 2020. (Tony Alford)

Wisconsin has been recruiting him hard for a while now, and it is certainly a major threat to land the 5-foot-11, 190-pound Lancaster High School prospect. For Tony Alford and Ohio State, it’s all about being patient and making sure the next man up is a bit more reliable as an option than the last two proved to be.

None of the items being discussed today are necessarily new, but that doesn’t mean they’ll be glossed over.

Larry Johnson has two commitments to his credit in 2020, but both are from Ohio.

If there’s a thing as low-hanging fruit in football recruiting, the Buckeyes landing defensive linemen from within their home state would be it, I guess.

Moving into the next three months, there’s a desire to round out the future of Johnson’s position group with two more players. But there are not any real likely options at the moment. Johnson is regarded as the country’s best defensive line coach by many, and his success over the years speaks for itself. There’s not a door he can’t open.

The question is where are the doors he wants to go in, because his abilities as a talent-developer are going to be tested more than ever as more ready-made stars like Joey Bosa, Nick Bosa and Chase Young are leaving the program than coming into it.

Don’t get caught up with biggest names in secondary

The final position that the Buckeyes are aggressively trying to add to in 2020 is the secondary — specifically, the cornerback position.

There are two very good players committed to Ohio State at this spot in Lejond Cavazos and Clark Phillips. But the odds of losing Jeffrey Okudah and even Shaun Wade following this upcoming season are high, and that means it’s time to restock the shelves for Jeff Hafley and Matt Barnes.

However, it’s very unlikely that those guys are being replaced by the biggest recruiting names in the country in the defensive backfield. Yes, 5-star cornerbacks like Kelee Ringo and Elias Ricks continue to mention Ohio State. But Ringo isn’t coming to Columbus, and barring an epic collapse and subsequent wholesale staff change at LSU, Ricks isn’t either.

There are other players being monitored closely by Ohio State who are much more realistic options, including Oklahoma commit Ryan Watts. The Buckeyes continue to insist that the “Silver Bullets are back,” and if Hafley and Barnes can get the current crop of defensive backs to prove it, the odds go way up that they can find another big-time corner to complement Cavazos and Phillips.