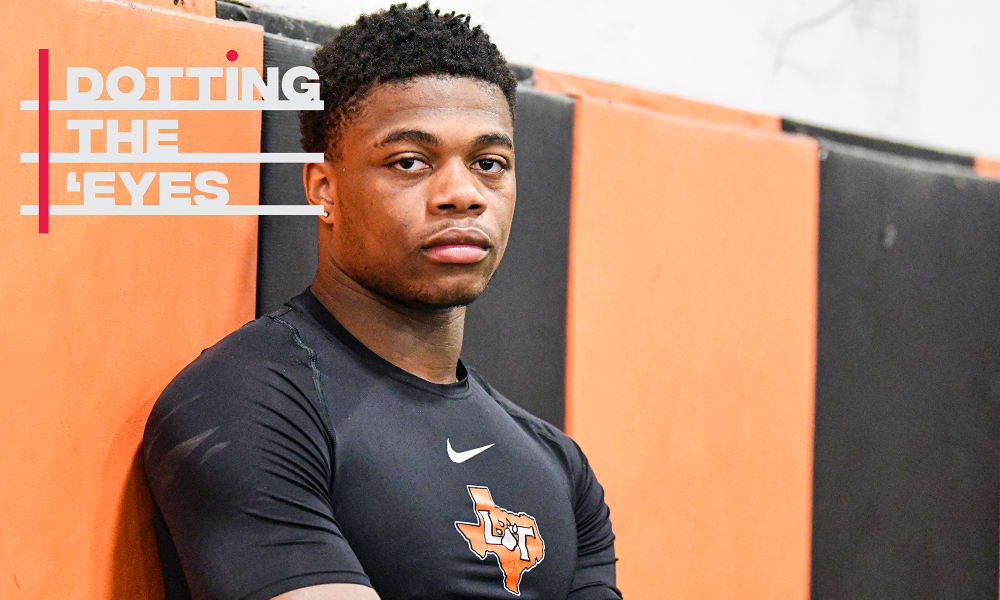 Tre Bradford was the first running back Ohio State offered after its July Surprise from Bijan Robinson and Jaylan Knighton. (Special to Lettermen Row/Sam Spiegelman)

Stay in touch or be left out because Ohio State recruiting is a 24-hour, seven-day-per-week obsession. What’s the latest news as the Buckeyes build for the future? Get that and more Sunday through Thursday on Lettermen Row. Thursday’s notebook updates the running back situation for 2020 and catches up with Texas speedster Drew Donley following his recent visit to Ohio State.

Is Ohio State moving up with Kevontre Bradford?

The Buckeyes are still searching for a running back or two in 2020, and the first one they offered following the surprising July turnaround from Bijan Robinson and Jaylan Knighton was Lancaster (Texas) High School’s Kevontre Bradford. We talked about Bradford at that time here on Lettermen Row, highlighting that the offer to the 5-foot-11, 195-pound, 4-star prospect could signal a run on new tailback interest by Ohio State all over the country.

Bradford, who was actually offered a scholarship by Ohio State the day before Robinson picked Texas, has continued to be a top target for the Buckeyes since then. He now set an official visit date scheduled and will be on campus for the Michigan State game on Oct. 5.

That is a key development for the Buckeyes, who’ve been reluctant to make any real, aggressive overture to other tailbacks in the last month. It’s a clear signal that Bradford is A.) a real priority and B.) really interested in Ohio State as well. In fact, folks I know who specialize in covering Texas recruiting have indicated that the private, reserved Bradford is probably now leaning towards Ohio State rather than Wisconsin — which had been the supposed leader for months in his recruitment.

Bradford made an official visit to Wisconsin in June, and that’s the only one he’s made to this point. So, there’s a major opportunity for the Buckeyes to put some real space between them and the rest of the field in this recruitment if he is actually the primary option at running back right now.

It was mentioned briefly in Wednesday’s Recruiting Question of the Day column, but yes, there has apparently been a bit of contact between Ohio State and Jaylan Knighton in recent weeks.

Does that mean anything right now? Probably not. It is, however, interesting and worth passing along because the dumpster fire that is Florida State football has shown no real signs of improvement from last year’s debacle. A number of talented Seminoles commitments have to be wondering if there’s another shakeup coming in Tallahassee if things continue down this road.

Knighton made an official visit to Ohio State in June. So, if a real desire to reconnect with the Buckeyes comes to fruition, any additional visits he could make to the school would have to be on his own dime. To be clear, there’s been no discussion about that potentially happening, but if the doubts about Florida State are real and the communication isn’t just perfunctory, then he and his family would likely need to find a way to get back to Ohio State this fall.

The Buckeyes welcomed back Ohio State legacy Drew Donley to campus last weekend for their game against Cincinnati.

Donley, a junior at Lebanon Trail (Frisco, Texas) High School, has been on the radar for the Buckeyes a while now, and they’ve been watching his development closely.

“It was awesome, the game was great,” Donley said. “I had some pretty good time with the coaching staff and spent time with [wide receivers coach Brian] Hartline at breakfast.

“It feels like I’m at home there. I’ve been there so much that it feels natural to me whenever I get to go back. It’s awesome.”

The 6-foot-2, 170-pound receiver is one of the fastest high school athletes in the country, and he put that on display during a one-day camp performance at Ohio State in June. So far, though, he has struggled to control that speed in route-running. That’s something he and Hartline have made a focus of their conversations since and again this past weekend.

Drew Donley is one of the fastest high school players in America and a Buckeyes legacy. (Birm/Lettermen Row)

That need to be efficient with his speed is something Hartline has preached to Donley since June, when he ran a 4.37 in the 40-yard dash in Columbus. Only Kent State has offered to this point, and Donley is working to improve his all-around game as big-time programs around the country are watching to see if he becomes a football player or just a track guy wearing football pads. Everything he’s doing is with that aim.

“I have a wide receiver coach now that is working with me,” Donley said. “It’s also just a lot of reps and working on slowing down with as little steps as possible.

“A lot of teams are talking to me. Michigan State has been texting. I had a really good time at Stanford. Baylor has been texting me a lot, and Cincinnati is interested. They want to see my film and see how I do this year.”