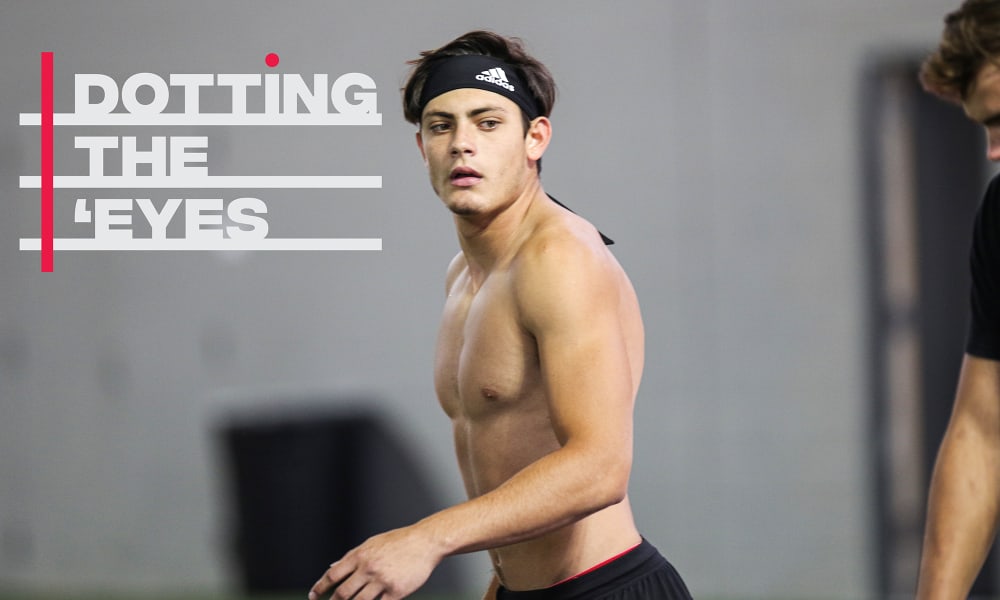 Stay in touch or be left out because Ohio State recruiting is a 24-hour, seven-day-per-week obsession. What’s the latest news as the Buckeyes build for the future? Get that and more Sunday through Thursday on Lettermen Row. Monday’s notebook talks about a top defensive back target and his efforts to visit Ohio State, as well as the Buckeyes offering a pair of 2021 prospects.

The Buckeyes are set to host the Miami Redhawks for their final non-conference game of the season on Saturday. That game could serve as a backdrop for one of the more intriguing recruiting visits of the 2020 cycle.

Ryan Watts III, a 4-star cornerback from Little Elm (Texas) High School, has been committed to Oklahoma since April. But he confirmed with Lettermen Row that as of Monday morning, he did intend to make an official visit with the Buckeyes this weekend.

Watts, the nation’s 19th-ranked cornerback, took a trip to Columbus this summer in an unofficial capacity. He also visited Penn State, and it’s believed that right now only the Buckeyes or the Nittany Lions have any real potential to flip his commitment.

What is worth watching now is whether or not the planned visit actually happens. Right now, though, that is the plan for the 6-foot-2, 190-pound defensive back.

The offer from Ohio State means a lot to Stellato after he made a pair of trips to Columbus with that goal in mind.

“I’m grateful because it paid off,” Stellato told Lettermen Row. “I earned it. It feels great. I was a little surprised, but [receivers coach Brian] Hartline said that I’ve just been doing everything the right way and that I’ve been doing great so far this season.”

Stellato added a Florida offer on Monday morning as well, and that could be telling as his junior season unfolds. People are noticing the 6-foot-1, 170-pound athlete. With a pair of major offers in his pocket, the process for a prospect who ran a 4.42 in the 40-yard dash at The Opening regional in Miami this past February is set to really kick into overdrive. He’s not going to allow himself to rush a decision from this point.

“I’m going to take it slow,” Stellato said. “I need to examine all the options and let my recruiting take off.”

Henderson os a 5-foot-10, 190-pound athlete out of Hopewell (Va.) High School who Buckeyes linebacker coach Al Washington had been watching for a while. He’s a potential running back for the Buckeyes and also has offers from Clemson, Michigan, Oklahoma and others.

“He’s been looking at me since he was at Michigan,” Henderson told Lettermen Row. “He loves how I take care of business on and off the field, and he loves my character and leadership. He thinks I have what it takes to play for their team.”

The offer for Henderson was his 20th, and Rutgers made it 21 shortly thereafter. Virginia’s sixth-ranked junior prospect called the offer from the Buckeyes one that he has been holding out hope to receive.

“It means a lot to me,” he said. “Ohio State was my favorite football team growing up, so just knowing that they want me has me fired up.”

Ohio State’s basketball program picked up its first 2020 commitment on Monday as Eugene Brown III, a 4-star prospect from Southwest Dekalb (Decatur, Ga.) High School announced his decision on Twitter. Brown visited the Buckeyes officially over the weekend, and he didn’t waste much time before making his pick.

Blessed to announce that I have committed to The Ohio State University ⭕️ #GoBuckeyes 🌰🌰 pic.twitter.com/YCe3vBGIIg

Brown, a 6-foot-6, 185-pound swing guard, could end up being the lone commitment in the Buckeyes 2020 class. Currently, Andre Wesson is the only senior on the Ohio State roster. Barring any additional attrition, Brown has now filled the lone available scholarship.

The country’s 26th-ranked shooting guard, Brown is Georgia’s sixth-ranked prospect in the Class of 2020. He picked the Buckeyes over Georgia, Georgia Tech, Auburn, Butler, Clemson and others.