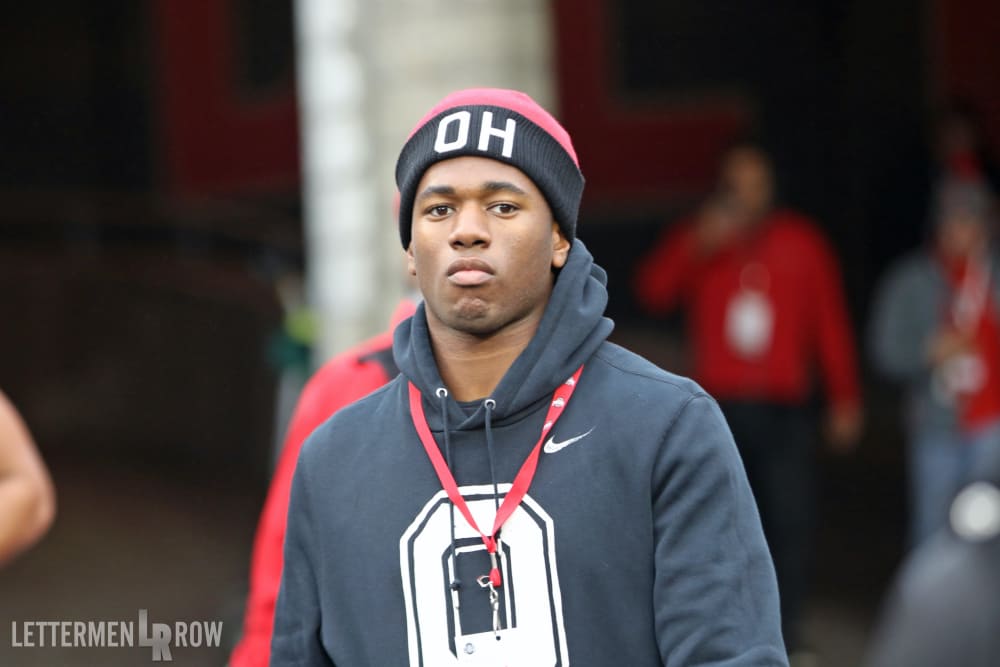 EJ Smith is going to get a long, hard look from the Buckeyes heading into the season. (Birm/Lettermen Row)

Have a question about Ohio State recruiting? This is the place for you, five days a week. Submit your questions on Twitter or on the Lettermen Row forums. Check in daily to see what’s on the mind of Buckeyes fans all over the country. Tuesday we’re talking running backs again and specifically the recruitment of EJ Smith and other previously recruited tailbacks.

Would like to know the latest on EJ Smith

The latest on EJ Smith, the country’s fourth-ranked all-purpose running back, is pretty much the same as the latest on every running back not named Kendall Milton, Bijan Robinson or Jaylen Knighton.

For a brief primer on what to expect at running back moving forward, here’s what we wrote here at Lettermen Row about what to expect at the position in Sunday evening’s edition of Dotting the ‘Eyes. I’ll wait until everybody is caught up to continue.

The recruiting board at running back has been almost completely reset by Ohio State heading into the start of fall camp after Robinson and Knighton — each of whom had issued private commitments to the program prior to changing their minds — picked Texas and Florida State last week.

That doesn’t mean the Buckeyes aren’t going to keep recruiting that duo, because they certainly will. But every other 2020 tailback they’ve been in contact leading up to now is essentially in the midst of a reset. 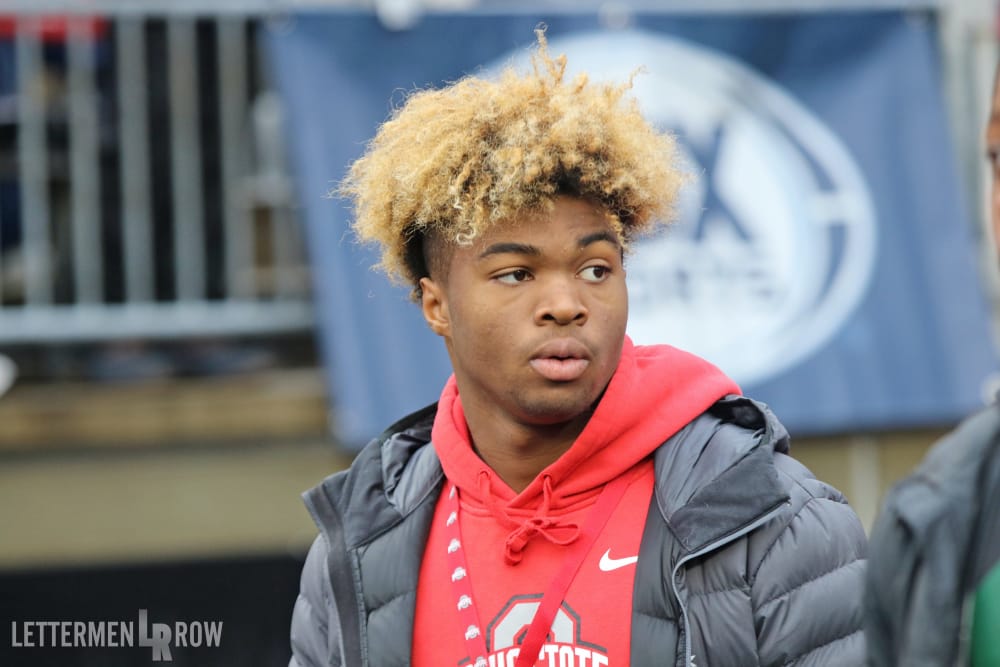 Mike Drennen is one player Ohio State is taking another look at in the Class of 2020. (Birm/Lettermen Row)

And they have to be. Ohio State believed it was finished recruiting running backs for almost the entire month of July, and because of that, contact with other targets slowed to a crawl and in some case players were told directly that the Buckeyes were filled up at the position. In the matter of a few days, the nature of the conversations and the relationships had to change.

When a recruit has been told someone else was more of a priority, even the most reasonable person finds themselves feeling a bit put off and in some cases outright irritated. That’s just human nature.

Now the question for Ohio State is whether or not they have to rebuild any relationships with players like Smith, Mike Drennen and others while they re-evaluate them through their senior seasons and search for other potential fits at running back. Those endeavors have already begun. In fact, the Buckeyes have already offered another 2020 tailback in the last week (Texas 4-star Tre Bradford), and it’s very unlikely that he’ll will be the last one offered by Tony Alford in this cycle.

As for Smith specifically, there’s not been much of a change in the situation with him since he announced his final five schools on Twitter in June, at least as it pertains to Ohio State. The Buckeyes have expected to receive an official visit from the 5-foot-11, 200-pound running back and are still in line for it, and he’s not made any adjustments to his decision timeline; it’s still looking like December.

After months of having a pretty good idea exactly who was lingering at the top of the running backs list, everyone around Ohio State is trying to sort through what’s sure to be a host of new names and new relationships. There will be no immediate answers coming.