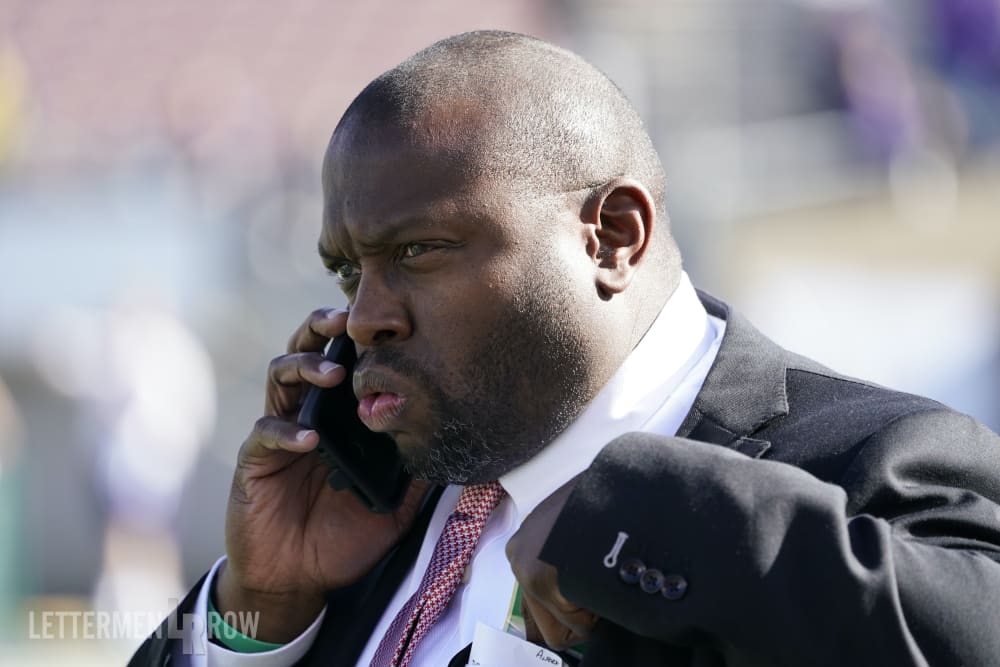 Tony Alford will get his first real chance at Texas running back Tre Bradford when he visits Ohio State this week. (Birm/Lettermen Row)

Have a question about Ohio State recruiting? This is the place for you, five days a week. Submit your questions on Twitter or on the Lettermen Row forums. Check-in daily to see what’s on the mind of Buckeyes fans all over the country. Thursday’s question is about the 2020 running back situation. as the Buckeyes host their first official visit at the position since the summer.

When are we going to get a running back and who will it be.

It’s been a while since we’ve tried to dissect the running back position, so let’s do that again now, two days ahead of the official visit from Kevontre “Tre” Bradford. The Lancaster (Texas) 4-star tailback will make his first trip to Ohio State since the program ramped up its recruiting efforts with him in late July.

I don’t think the discussion about what happens at the running back position can really be clarified until this visit from Bradford, who has made an official visit to Wisconsin previously. He was the first player the Buckeyes turned to when Bijan Robinson and Jaylan Knighton stunned them and committed to other schools, and for that reason it still makes sense to consider him a priority for Tony Alford and Ohio State. That puts Bradford at or maybe even above the level of recently offered Miyan Williams, a 3-star prospect from Cincinnati’s Winton Woods High School. 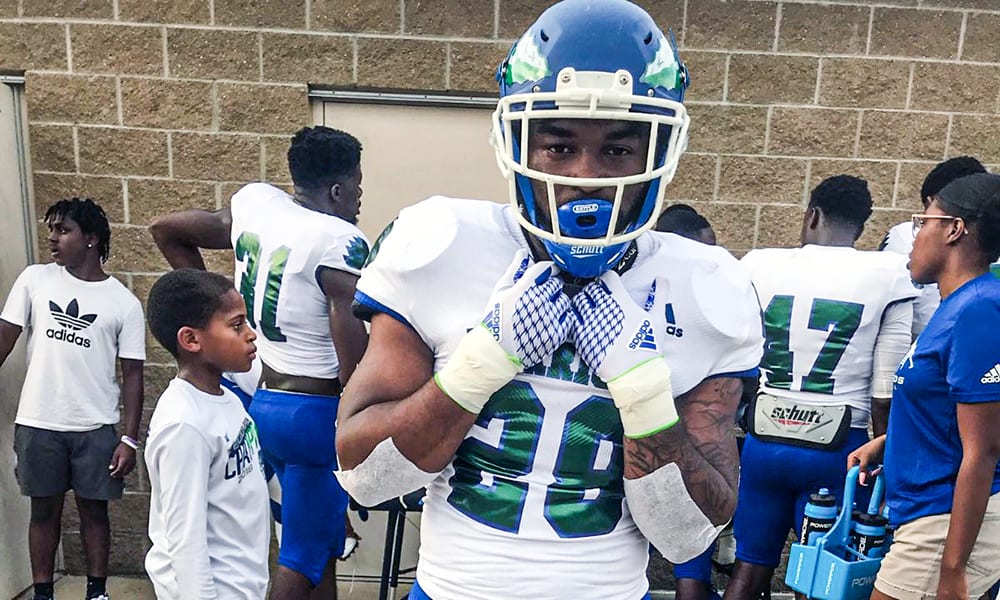 Ohio State is likely to get Miyan Williams on campus soon for a visit. Can they flip the Iowa State commit? (Twitter/Miyan Williams)

It’s my belief right now that either Bradford or Williams are most likely to commit to the Buckeyes among the current list of running backs being discussed — a group that also includes Georgia’s Jahmyr Gibbs and Ebony Jackson and Florida’s Henry Parrish.

Gibbs has a visit set to Columbus for November, but neither Jackson nor Parrish have an offer or a visit planned at the moment. That’s obviously pretty telling. It’s October and there are only about 10 weeks until the early signing period begins, so there’s not much time to dilly-dally for the Buckeyes. Until they get a firm answer on Bradford and/or Miyan Williams, I don’t think there will be a push made to flip Jackson away from Maryland or Parrish from Pittsburgh.

Outside of that group, there were some rumors swirling last week that California 5-star running back Kendall Milton was considering a flip from Georgia to Ohio State. Ignore them. Those rumors have absolutely no basis in reality and should not be paid attention to at all. Milton is very happy with his commitment to the Bulldogs.

Bottom line? Things are going to heat up at the running back position in the next few weeks, and that’s going to start this weekend with the visit from Bradford. He has the ability to dictate where things go from here, and a good portion of what comes next is related to whether or not the Texas 4-star decides to speed up his process — his original plan has been to make a December decision.

If he wants to play for the Buckeyes, he may want to decide sooner than that.