Connect with us
Ryan Day and Ohio State are focused on finishing up the 2021 recruiting class. (Birm/Lettermen Row)

COLUMBUS — Depending on who is asked, this time of the year is either the best or the worst to follow Ohio State football.

Sure, the season is over, and that’s objectively bad. But for those who have an interest in recruiting, roster building and personnel management, it’s a pretty exciting time — even if made a little less recently because the December signing period alleviates some of the old-time January and February theatrics.

That’s where the transfer portal comes in now. And, oh boy, does it bring with it some theatrics. Players are coming and going faster than spring weather in Ohio, and there’s enough unsubstantiated rumor-mongering to fill Ohio Stadium two times over. There’s also, unfortunately, real attrition happening all over the country as players move from one spot to another for dozens of reasons both private and public.

And that’s just the players who actually do enter the transfer portal. The amount of stuff that gets lobbed on social media platforms about those who haven’t or aren’t is just as plentiful. That’s only going to become more prevalent as the NCAA begins allowing one, zero-restriction transfer per player moving forward. 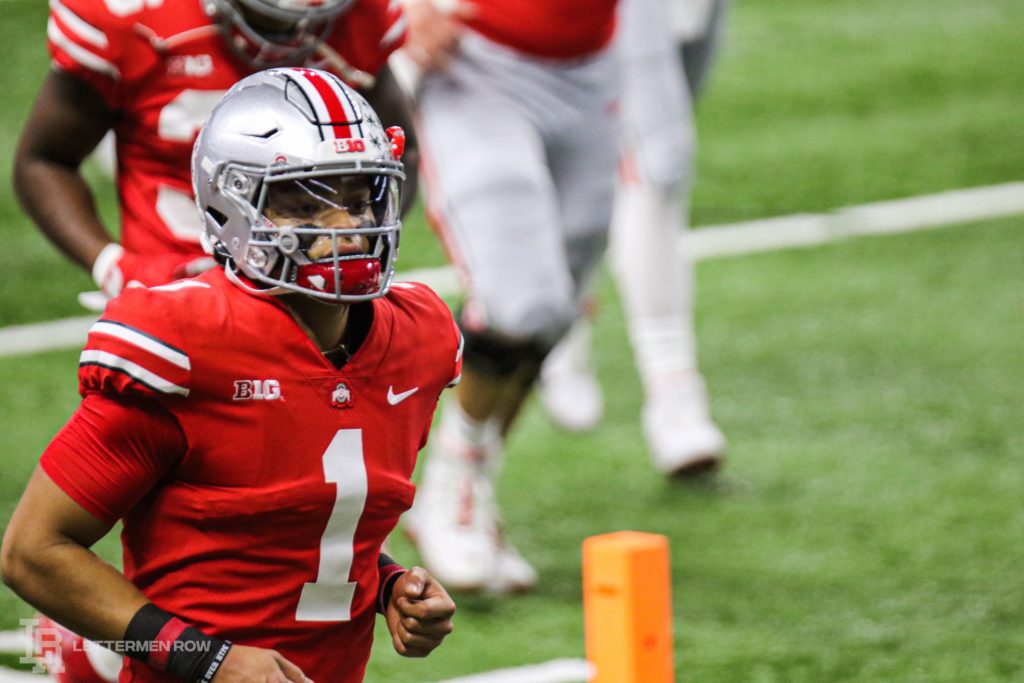 Not every transfer rumor comes true, but the one about Justin Fields to Ohio State sure did. (Birm/Lettermen Row)

What is worth paying attention to and what’s not? That’s the biggest question of all when it comes to rumors and wishful thinking.

So are the Buckeyes in the market for some big-time prospects on the transfer wire? What kind of balance must they strike between the current roster and the guys that are available and could help them? How do they focus on that while still trying to land the top remaining prep prospects on the Ohio State 2021 recruiting board?