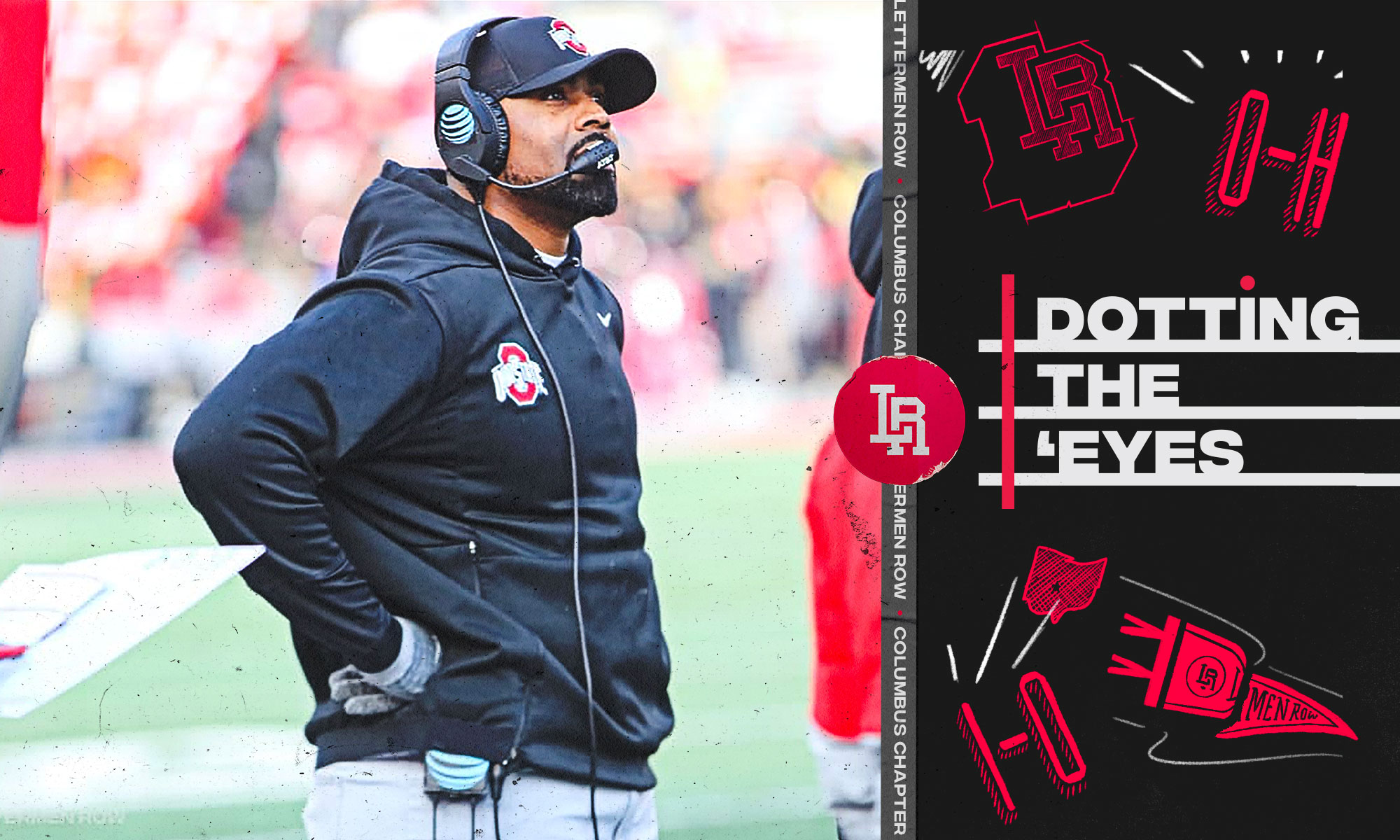 Stay in touch or be left out because Ohio State recruiting is a 24-hour, seven-day-per-week obsession. What’s the latest news as the Buckeyes build for the future? Get that and more Sunday through Thursday on Lettermen Row. The latest notebook checks in on 4-star linebacker Raesjon Davis who is ready to visit Ohio State with his family over the upcoming weekend.

Earlier this week, Lettermen Row detailed the narrowed focus for Ohio State with two remaining 2021 recruiting targets: Linebacker Raesjon Davis and defensive lineman J.T. Tuimoloau. The West Coast pair have been primary prospects for Ohio State for months. Both are expected at this point to make college decisions in February. That isn’t a sure thing with the defensive lineman from Washington, who could stretch his recruitment into the spring, but it has been in the works for Santa Ana (Calif.) Mater Dei standout Raesjon Davis for some time now.

The odds for Davis ending up at Ohio State haven’t been great so far, but that’s been based on the fact that he’s not been able to get to Columbus with his parents.

Davis joined Lettermen Row’s Birminology a few weeks back and indicated that he plans to decide in February. But he is hoping to make a visit to Ohio this month with his parents in order to give them a look at the school. He visited in March, a short two-hour stop as part of a bigger bus tour with other recruits, but definitely would be well served by a longer, more thorough visit.

That visit is now officially on, even though it is an unofficial visit. It will happen this weekend, and the timing of it couldn’t be better for the Buckeyes all things considered. Yes, it’d be better if Raesjon Davis and his family could spend some time with the Ohio State coaches, get tours of the facilities and enjoy all the rest of the normal, non-pandemic visit stuff. But since that can’t happen, the fact that the Buckeyes early-enrollees, all 15 of them, will be arriving this weekend could provide an important replacement.

The chance for the incoming freshman class and their parents to be around for Davis and his parents means that they don’t have to spend the entire weekend by themselves. Some real relationship building can happen. Ohio State signee Jaylen Johnson is also going to make the trip up to Columbus to see Davis, and he’s been vital in the recruiting efforts by the program to this point.

There’s no guarantee that this visit turns things entirely in Ohio State’s direction. But the Buckeyes are now squarely in the game. USC is the favorite at this point, and Ohio State sources believe Oregon is creeping in the background as well. But this trip to Columbus isn’t being made just for fun. The belief among some in the know is that the 6-foot-2, 220-pound Davis has been sincerely interested in the Buckeyes for a bit but wasn’t sure if he’d get the chance to show his parents why. Now he has that chance.

Will it be enough to convince the family that Ohio State is the right choice? That’s up in the air. But at least there’s bound to be a real discussion now.

There’s not been much movement with 2022 defensive linemen yet because Larry Johnson’s methods require in-person evaluation. But another top-level defensive line prospect still has Ohio State in his top schools.

BREAKING: 5 🌟 DE Gabriel Dindy is down to 1️⃣1️⃣ Schools!

Where Should He Go?👇🏽 pic.twitter.com/IqThThZtdO

A 5-star prospect and the No. 16-ranked player overall in the Class of 2022, Dindy has been a target of both Larry Johnson and Tony Alford and has enjoyed talking with the Buckeyes.

“I talk [to Ohio State] a good bit,” Dindy told Lettermen Row. “We talk about every day stuff, and we’re just continuing to build the relationship with them.”

Lakeland is one of the more talent-rich areas in that state, but usually an area that’s owned by the Florida Gators. The NCAA dead period has slowed down his recruiting process quite a bit, and that’s not been working in the Buckeyes favor.

“It’s definitely affected how I think of some schools,” he added. “Just because I can’t visit or see them in person.”

Ohio State will need to get a player like Dindy to visit before it’d be a real threat to steal him from Florida and the other big-time programs in the SEC.

Sonny Styles ready to get recruiting back on track

One of two in-state players offered by the Buckeyes — and a top prospect in the Class of 2023 nationally — is Sonny Styles. He’s also ready for the dead period to be over.

“Recruiting has been pretty quiet honestly,” Styles, who starred at Pickerington Central as a sophomore, told Lettermen Row. “I get to talk to [Buckeyes linebackers] coach [Al] Washington and [Tim] Hinton a little bit here and there, you know there’s only so much we can do.”

Styles is the son of former Ohio State linebacker Lorenzo Styles and the brother of 2021 Notre Dame signee Lorenzo Styles Jr. He’s ready for the chance to begin ramping up the recruiting stuff.

“I’ll be excited when it’s over to get on campuses to get to see different stuff and talk to coaches in person again,” Style said.