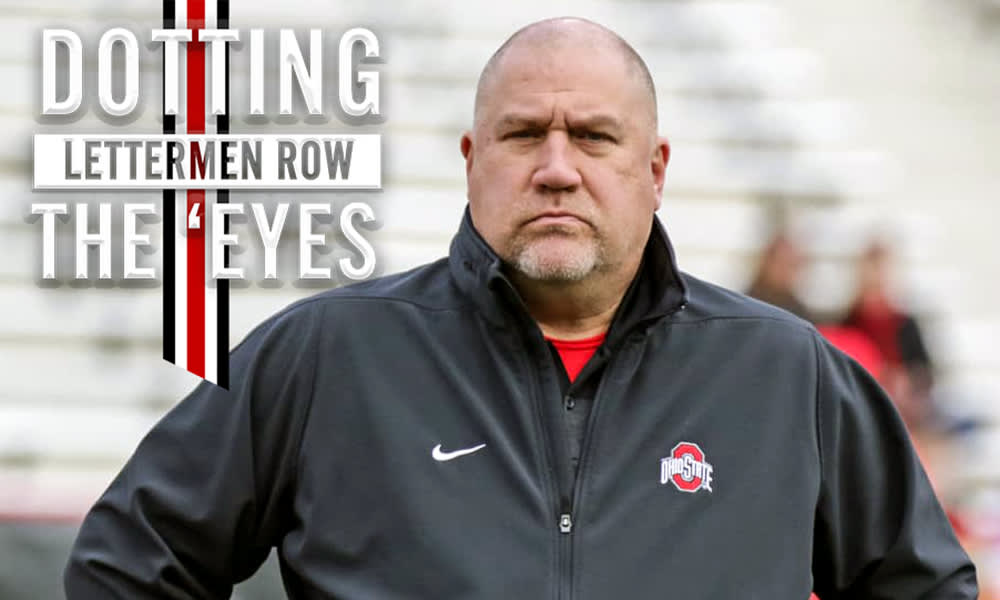 Stay in touch or be left out because Ohio State recruiting is a 24-hour, seven-day-per-week obsession. What’s the latest news as the Buckeyes build for the future? Get that and more Sunday through Thursday on Lettermen Row. Today’s update checks in on Ohio State offensive line recruiting following the addition of Norwalk, Ohio’s Trey Leroux.

Ohio State made the final five schools on Monday afternoon for Colorado’s Reece Atteberry, and later in the evening found its place on the top-six school’s list for Louisville (Ky.) 4-star tackle John Young.

The Buckeyes have been heavily involved with Young since October, and he’s remained a top target for the program even though the coaching transition in Columbus. The 6-foot-6, 280-pound lineman from the Christian Academy of Louisville has been talking to Ryan Day and Greg Studrawa “daily” — and he’s returning to Ohio State for his second visit to the school “soon.”

Georgia is the latest offer to make his final group of schools. He visited Athens just two weeks ago and plans to return to Georgia for an official visit. A decision is expected on July 6, Young’s 18th birthday.

Kentucky, Ohio State and Georgia are three schools that have locked in official visits. Michigan, Purdue and Louisville will compete for the other two.

With the Monday night addition of Trey Leroux to Ohio State’s 2020 recruiting class, the program is now two-thirds of the way done with offensive line recruiting in this cycle. The early offers and commitments from Jakob James and Leroux have some Ohio State fans scratching their heads, but there’s no reason for panic. The Buckeyes need six offensive linemen in this class, and there’s no sense in delaying an offer if there was a real belief that they’d come back around for this pair of in-state players months from now.

There will be a lot of questions about what happens from here on the offensive line. But make no mistake about this: If Ohio State can help it, there will be two more highly-regarded, national-level prospects being added to the trenches in this class.

It could be another tackle and another interior lineman. But I think Ohio State’s preference would be two tackle bodies versatile enough to move inside if necessary.

Looking for realistic names to join the fray, it’s kind of a who’s who of national prospects from here. The Buckeyes are going to host Turner Corcoran for their spring game in mid-April, and I continue to believe that Ohio State is a bigger threat in that battle than people are giving them credit for. The same is true with Ferndale (Wash.) 4-star guard Geirean Hatchett, who is one of just a few true guards being recruited still by the Buckeyes. Players like John Young, Justin Rogers, Chris Morris, Bryn Tucker, Akinola Ogunbiyi, Marlon Martinez, Tosh Baker, Tate Rutledge, Marcus Dumervil, Michael Carmody, Issiah Walker, Roger Rosengarten, Zak Zinter, Olu Fashanu, and Penn State commit Grant Toutant all remain in play outside of Ohio’s borders.

The battle for two more will be interesting and all over the proverbial map, starting in the next few weeks with a handful of key visits. Buckle up.

What if, somehow, Ohio State misses on all those names above?

Well, aside from the fact that it signals a major problem with offensive line recruiting, it means the Buckeyes are likely to turn back into Ohio, where Fairbanks (Milford Center) 3-star tackle prospect Sam Rengert could likely be available.

Rengert, 6-foot-7 and 285-pounds, visited Ohio State last Friday and continues to get better acquainted with the coaching staff.

“Just getting to watch how Coach Stud coaches the players and getting to talk to him and Coach Wilson and Miscuda after practice was the best part. I loved the atmosphere and the intensity during the practice.”

During Rengert’s visit, Ohio State offered Trey Leroux. But there was still some conversation about how he could earn an offer from the Buckeyes for himself.

“They mentioned a potential offer,” Rengert said. “They want to see me stay lower and improve my footwork. I may possibly make another visit before the spring game because I have my ACT on the same day [April 13]. I’m going to try and get there if there’s no time conflict.”

BIG THANKS to @CoachMiscuda @CoachStudOL at Ohio State for everything today!! Had a great time and can’t wait to be back soon!! GO BUCKS pic.twitter.com/ol6EamOSFA

“It was a great day all around,” Walton said. “I love everything about Ohio State. There is nothing about it I don’t like. It’s a great place with a great staff all around, from coaches to trainers to equipment staff, they’re all just great people.

“Obviously, the football is great, too, but the school itself is awesome too.”

Walton intends to camp at Ohio State this summer in the hopes of earning an offer. The Buckeyes are telling him to be patient and show what he can do on the field when he gets the chance, as other programs are.

“Most schools want to see my workout in the spring first,” he said. “They want to get to know me more and have me back. They want me to come to another practice soon. I will also be with them during the spring game.”

The country’s top-ranked 2020 safety released his top-11 schools on Twitter on Monday night, and the Buckeyes made the list.

R.J. Mickens, a 4-star prospect from Southlake (Texas) Carroll High School, visited Ohio State last June for Friday Night Lights and was impressed, telling Lettermen Row that the program was near the top of his list.

“They’re really high on my list,” Mickens said. “There are a lot of schools up there with them, but they’re at the top top.”

Ohio State has not seen Mickens back on campus and aren’t really recruiting the 6-foot-1, 188-pound defensive back very hard at the moment. Clemson, Penn State, Michigan, Georgia and others are. Barring a significant change of priorities, there’s not much of a chance Mickens ends up at Ohio State.