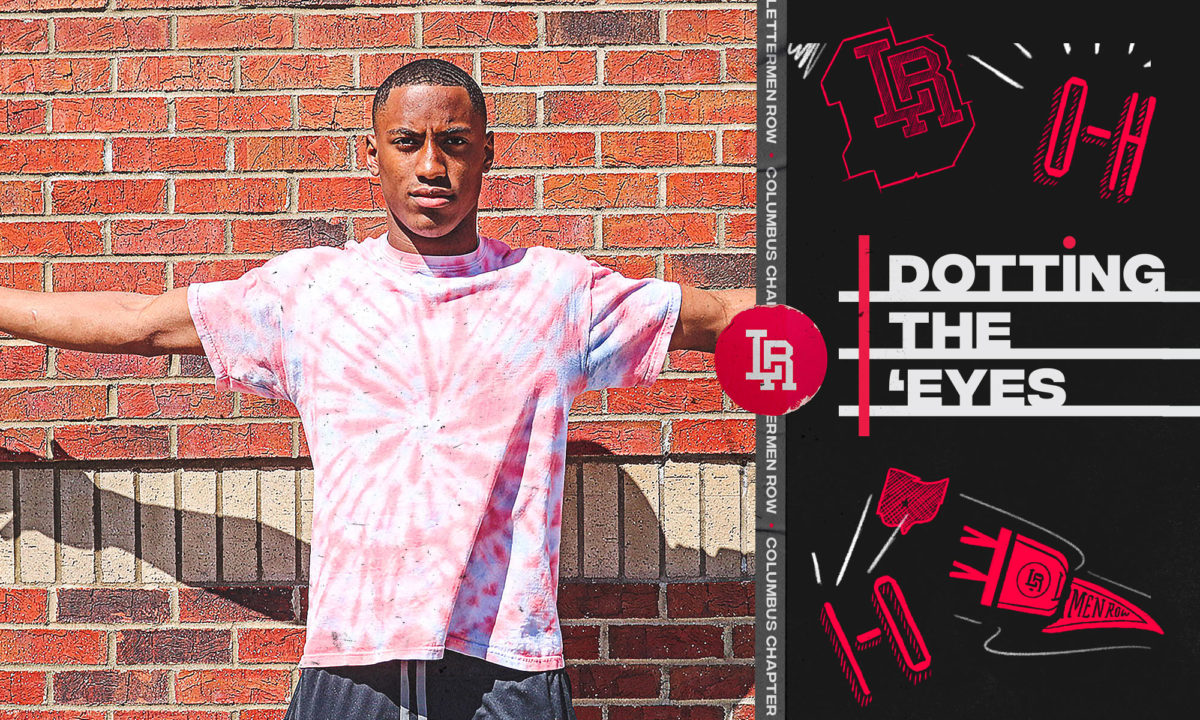 Stay in touch or be left out because Ohio State recruiting is a 24-hour, seven-day-per-week obsession. What’s the latest news as the Buckeyes build for the future? Get that and more Sunday through Thursday on Lettermen Row. Today’s notebook updates an official visit plan for Malik Spencer and highlights Luke Montgomery as he heads out for a major June visit tour.

Just about a month ago we mentioned that Buford (Ga.) linebacker Malik Spencer was an intriguing prospect being considered by Ohio State as a potential replacement for Dasan McCullough after his decommitment. The 6-foot-2, 195-pound Michigan State commitment will make a few official visits in June, and he told Lettermen Row that the Buckeyes will receive one of them.

Al Washington has been in contact with Spencer for a few months now. That conversation has been accelerating in recent weeks.

“We’ve been talking a lot,” he said. “That’s my guy. He’s been talking to me all about Ohio State, their depth, culture, etc.”

Ohio State continues to evaluate a number of linebackers in the Class of 2022. There’s no offer out to him yet, but the fact that the Buckeyes are willing to use an official visit to get to know him seems to indicate real interest. He’s the country’s No. 34-ranked safety prospect. But he is projected by the Buckeyes as a linebacker and shows the ability to hit and cover in his junior film. The competition level at Buford is among the highest anywhere in the country, and that’s piqued the Ohio State interest as well.

Huge month of June for Luke Montgomery is set

Thanks to the 16-month dead period, June is going to be kind of nuts for a lot of kids. How crazy can it be for top prospects around the country? Take a look at the schedule for Luke Montgomery, the country’s No. 5-ranked 2023 offensive tackle prospect.

Montgomery will also head to Penn State for the last weekend of July. His first visit to Ohio State will be a social call, just to get back into the swing of things again on the recruiting trail. The June 22 date will be a workout and camp setting, providing the Buckeyes their chance to evaluate the 6-foot-5, 260-pound soon-to-be junior.

The Findlay standout has added offers from Oregon, Auburn, Georgia, Stanford, Miami, Tennessee and others in recent weeks as his recruiting profile continues to rise. The Buckeyes offered earlier this spring and are considered the favorite for his eventual commitment.

“I am so shocked, at a loss for words,” Montgomery said then. “I really can’t express it, I’m so excited still. It means so much to me.”

One of my personal favorite things about camp season is how new, interesting prospects pop up on the proverbial radar, then getting the chance to see where their recruitment goes. One of those kids this summer is Luke Burgess, an intriguing 2023 lineman from New Palestine (Ind.) High School.

Burgess stands 6-foot-8 and is up to 270 pounds from the 240 he played at at the beginning of his sophomore year. He will camp at Ohio State on June 2.

“I’m going there on June 2,” Burgess told Lettermen Row. “I’ve been talking to them for a bit now. I’ve had phone calls with their offensive coordinator. He really wants to see me the campus and get to know more about me.”

That, of course, is Kevin Wilson, who recruits the Hoosier State for the Buckeyes. Burgess has three early offers — Kentucky, Cincinnati and Indiana — and the Ohio State interest is something he wasn’t expecting yet.

“It means a lot, it’s really exciting,” he said. “It’s been unreal for me to see my recruiting develop. I’m excited to visit the campus at [Ohio State].”

Burgess had split time between basketball and football but recently made the choice to focus on the gridiron.

“I’ve been trying to put on good weight and have so far by adding 30 pounds while staying agile and quick,” Burgess said. “I leaned towards basketball when I was little. Now that I’ve seen my potential in football and how I’ve changed my body, football is definitely on top.”

The focus on football has also led to changing positions. Burgess played defensive end primarily before last season. He’s now finding himself quite comfortable on the offensive line.

“Defensive end was my primary position until this year,” he said. “I like playing offensive line. I’ve definitely been enjoying it a lot more.”

The country’s No. 2-ranked offensive guard will also camp at Ohio State on June 2.

“I will be there,” Amir Herring told Lettermen Row. “I have had many conversations with [offensive line] Coach [Greg] Studrawa and [assistant line] Coach [Kennedy] Cook.”

“They had really good feedback about my film,” Herring said. “They said the liked my playing style and my technique and are excited to see me face to face instead of on Zoom.”

Herring has 11 early offers, and Michigan is the favorite in his recruitment. Former Lakers coach Ron Bellamy is now on staff with the Wolverines and has sent a number of recent prospects to Ann Arbor and around the Big Ten.