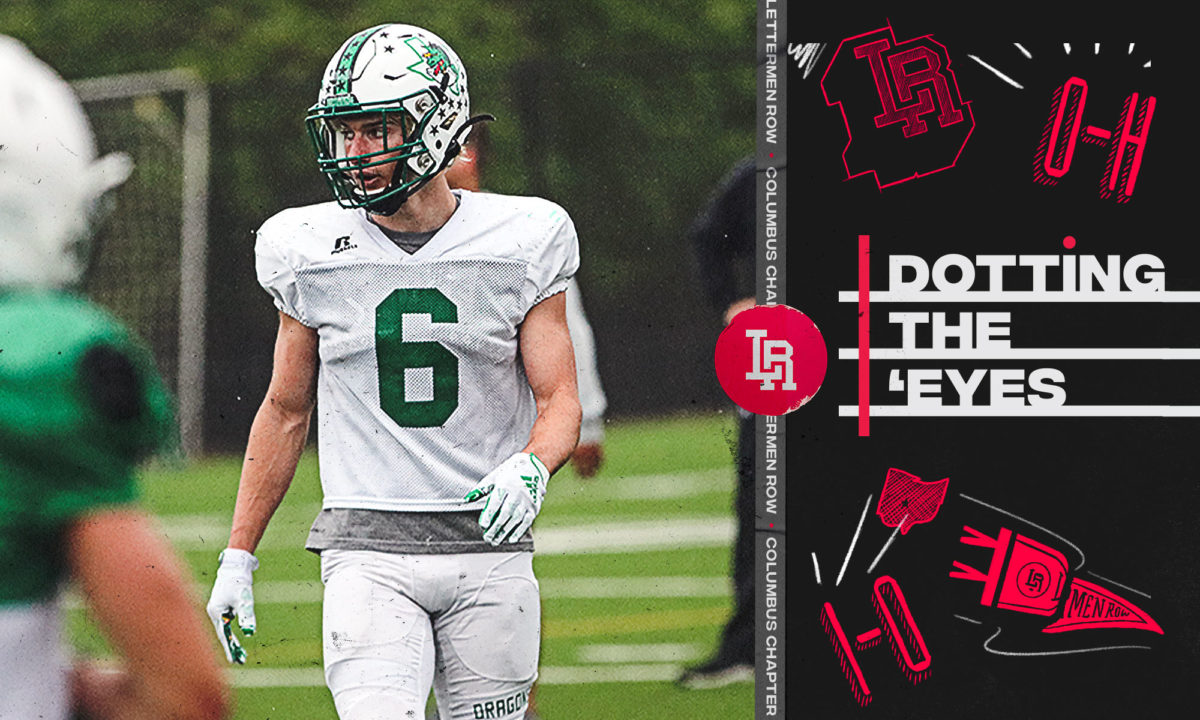 Stay in touch or be left out because Ohio State recruiting is a 24-hour, seven-day-per-week obsession. What’s the latest news as the Buckeyes build for the future? Get that and more Sunday through Thursday on Lettermen Row. Today’s notebook has the latest on a pair of 2022 receivers hearing from Ohio State and updates the most recent offers in the Class of 2023.

Ohio State is gearing up for in-person evaluations again. During the Lettermen Row stop at Southlake Carroll High School on Monday, we had the chance to catch up with one player the Buckeyes have begun expressing some interest in.

Landon Samson, a 3-star prospect and the go-to target for 5-star quarterback Quinn Ewers, has talked to Brian Hartline a couple times now. The most recent call on Monday was made to try and set up the first visit to Columbus for the 6-foot-1, 180-pound wideout.

After seeing Samson in person on Monday, it’s easy to see why the Buckeyes are intrigued. Samson can flat out run — he’s a 4.40 guy in the 40-yard dash — and was physical at the point of attack in blocking situations. He adjusts well to the ball in the air and was able to play in the slot or on the outside. There’s a comparison to be made here to Troy Stellato, a receiver Hartline wasn’t able to sign in the Class of 2021.

There’s no offer imminent, but with a June visit planned for a camp situation, it could come then. Nebraska is the only other visit Landon Samson currently has planned. The Dragons receiver will make an official visit with the Cornhuskers on June 4. He has 18 offers and chatted with us a little bit about his recruitment and why he’s a player Ohio State should know. Check it out below.

Another receiver in the Class of 2022 who heard from Brian Hartline on Monday was Darrius Clemons. Clemons isn’t a new name, but it has been a while since we’ve discussed him here. The Buckeyes have turned back to evaluation mode, and Clemons has long intrigued the Ohio State staff.

The message on Monday was short and sweet.

“He just said don’t be surprised if they get in the fold,” Clemons told Lettermen Row. “And that they are potentially now taking four receivers in the Class of 2022.”

If the Buckeyes are taking four wideouts in this class, they could do much worse than the 6-foot-3, 205-pound Clemons. He’s the No. 20-ranked receiver in the class and Oregon’s top-ranked prospect. He’s a kid that regularly runs sub 4.50 in the 40-yard dash, and his recruitment is definitely not devoid of interest from big-time schools. He isn’t sure what happens from here with Ohio State, but Clemons is ready to make some important visits this summer.

“Time will tell I guess,” he said. “I’ll be visiting Auburn, USC, Michigan and Penn State this summer.”

The Buckeyes got busy on the offer trail on Monday. One of the young players who added an Ohio State offer was Ethan Nation, a 2023 cornerback from Roswell (Ga.). Nation is the country’s No. 10-ranked prospect at cornerback early in the process.

“It was my first talk with Matt Barnes,” Nation told Lettermen Row. “I liked him. He came off very straight forward and confident.”

Barnes must be confident in what the 6-foot defensive back prospect can do, as well. As with most young players at the position, adding an offer from the Buckeyes means quite a bit to the young Georgian.

“He said he loved how I played the position and loved my ball skills,” Nation said. “That they didn’t want to be late the party and made it clear he wasn’t offering me just to offer. That means a lot considering they’re one of the best programs in the country when it comes to putting defensive backs into the league.”

Ohio State offered DeSoto (Texas) 4-star 2023 receiver Johntay Cook II on Monday. The country’s No. 10-ranked receiver has 30 early offers and is one of the most explosive young players in the country. Nearly every one of the country’s premier programs has offered — and now the Buckeyes have, making Cook the third 2023 receiver in the Lone Star State to add that option to his list.

“It means a lot to me,” Cook told Lettermen Row. “It’s just showing me that all my hard work is really paying off.”

We’ll have more on the 6-foot, 170-pound speedster in the coming days.

To wrap up Monday’s action, we’ll head to Florida where Tony Alford was once more on the prowl for the Buckeyes. Alford offered Venice (Fla.) defensive back Elliot Washington. Unranked in the composite rankings, Washington has added the Buckeyes, Georgia, Oklahoma and more to his offer list in the last few weeks and is quickly becoming a national prospect.

A 6-foot-1, 180-pound safety, Washington is a burner. He’s recorded verified track times under 10.9 in the 100-meter dash, and that’s probably somewhat responsible for his recent recruiting burst.

There’s no doubt that Tony Alford continues to pay huge dividends on the recruiting trail for the Buckeyes, especially in Florida. One of the keys in that state, and any out-of-state area for Ohio State, is to build the relationship early. That’s now something they’re working on with Elliot Washington.