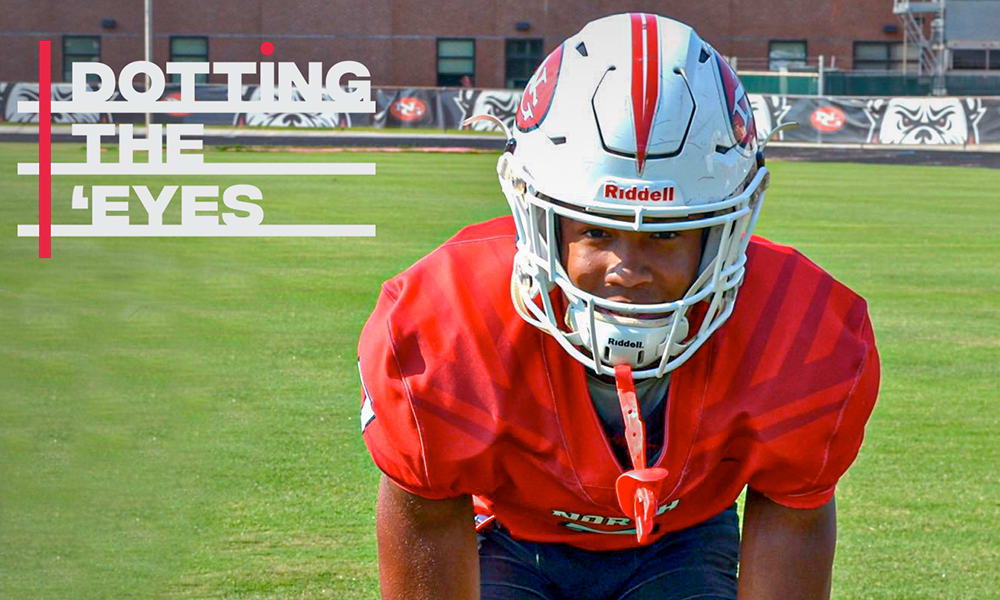 Jordan Hancock has been in regular communication with Ohio State and will visit for the Wisconsin game. (Jordan Hancock/Twitter)

Stay in touch or be left out because Ohio State recruiting is a 24-hour, seven-day-per-week obsession. What’s the latest news as the Buckeyes build for the future? Get that and more Sunday through Thursday on Lettermen Row. The Wednesday notebook introduces Georgia defensive back Jordan Hancock and updates the recruitment of 5-star defensive end Landon Jackson.

There will be a number of new names popping up on the list of expected visitors for the Ohio State and Wisconsin game this weekend, and one prospect to know is Georgia defensive back Jordan Hancock.

A 6-foot, 170-pound cornerback at North Gwinnett High School, Hancock is a player who has been in regular contact with the Buckeyes coaching staff since the start of September.

Ohio State has not offered Hancock to this point, but almost 20 schools have — including Florida and Notre Dame. He believes that Hafley and the Buckeyes could extend that opportunity this weekend when he heads north to visit Columbus for the first time.

“Coach Hafley said they want to offer me in person so it can ‘stick,'” he said. “They like my footwork and the attention to detail in my game. They said they think I’m very polished for my age.”

If an offer comes this weekend, the Buckeyes could be positioned as the team to beat early in this recruitment.

Hancock is making the trip to Ohio State with his mother and father. He has no timeline for a college decision.

The Buckeyes are eager to add big-time talents to their 2021 recruiting class — especially among the defensive line. With 5-star defensive end Jack Sawyer leading the way, so far Ohio State is off to a good start.

Sawyer has actually been a sounding board for another potential 5-star defensive end in recent weeks.

“We have been talking,” Texarkana (Texas) standout Landon Jackson told Lettermen Row. “I reached out to him. I’m just seeing how he feels about Ohio State and seeing what would be a good game to catch this season.”

Clearly, Sawyer feels pretty good about Ohio State, and Jackson is starting to do the same. He’s hearing from Larry Johnson regularly and has his first visit to Columbus locked in.

Two of Ohio’s best young prospects will make their way to campus for the Buckeyes epic home tilt against Wisconsin.

On Tuesday night, Westerville South wideout Kaden Saunders announced his intention to visit for the weekend on Twitter.

Saunders has seven early offers, including Michigan and Penn State. But the 2022 prospect has not been on campus with Ohio State yet this season after visiting the Nittany Lions and Notre Dame in recent weeks. The Buckeyes are absolutely keeping an eye on the talented, 5-foot-10, 175-pound Saunders.

C.J. Hicks has been in Columbus once this season already, but he will return to town for the battle between the Buckeyes and Badgers. The 6-foot-4, 200-pound, Dayton-area standout is a potential 5-star in the Class of 2022 and Ohio’s top-ranked prospect in the sophomore class. He has 15 offers but is still waiting for Ohio State to extend one in his direction.