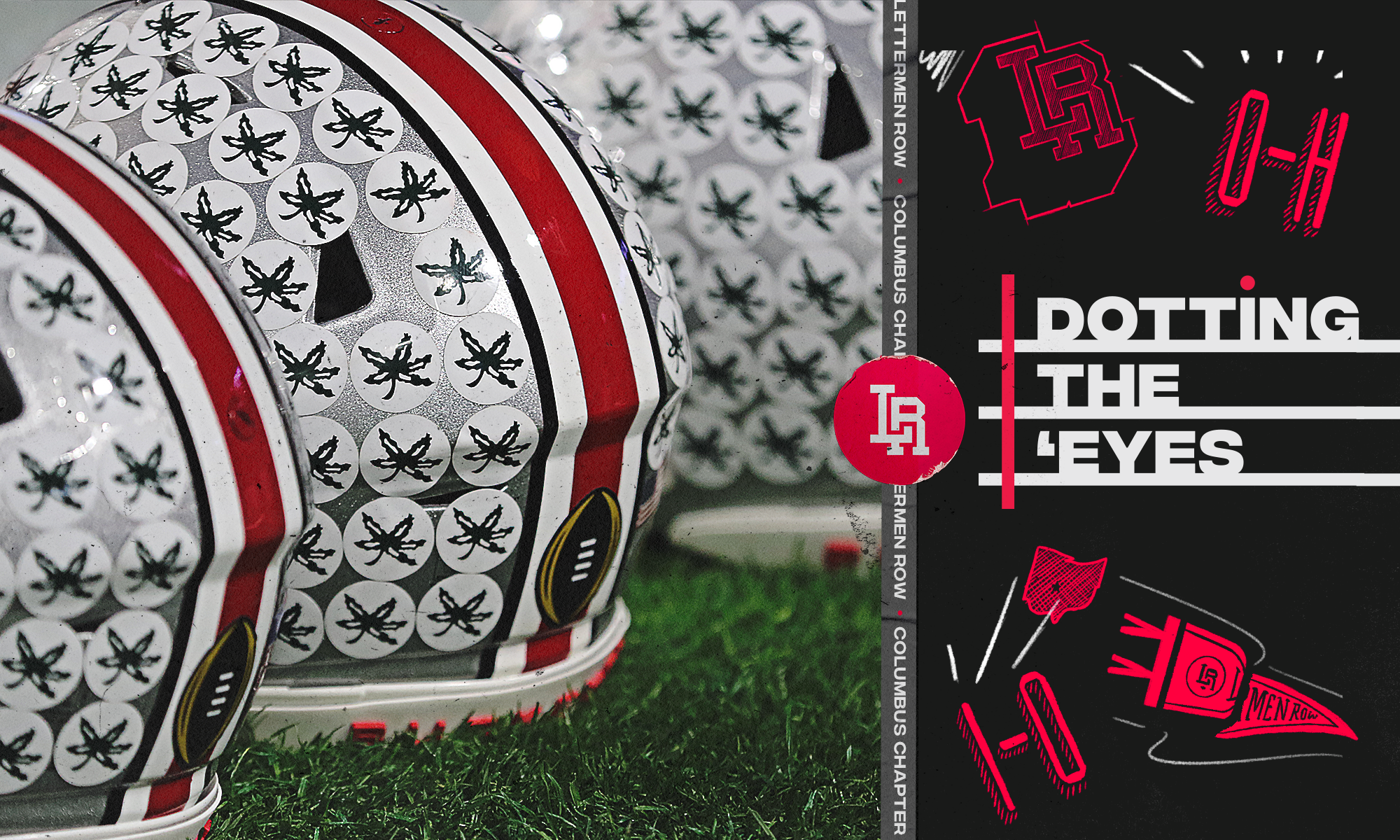 Ohio State and the rest of the NCAA are still waiting on news about an important month of June. (Birm/Lettermen Row)

Stay in touch or be left out because Ohio State recruiting is a 24-hour, seven-day-per-week obsession. What’s the latest news as the Buckeyes build for the future? Get that and more Sunday through Thursday on Lettermen Row. Thursday’s notebook looks at how the NCAA is adjusting to the coronavirus pandemic and catches up with a pair of recent 2022 prospects offered by Ohio State.

Ohio State now knows the date that its summertime fate will be decided: May 13.

The Division I council coordination committee met Wednesday, and among the matters discussed was whether or not to extend the current recruiting dead period through the month of June. A decision was not reached on that topic and will be discussed again next week.

“The group also committed to make a final decision on an extension of the recruiting dead period through June 30 at the group’s May 13 meeting,” the NCAA release said Wednesday. “The dead period began in March to protect the health, safety and well-being of prospective student-athletes and their families, as well as coaches.”

The Buckeyes are still clinging to hope that their major recruiting weekend of June 12 can happen in some capacity, and they’ll get final word on that next Wednesday.

While that decision may be the one that most impacts Ohio State in the future, it’s not the one that will provide the most impact on the program now. There were a couple of changes announced on Wednesday that adjust the current plan for NCAA members, coaches and administrators.

The committee also granted waivers of recruiting rules effective May 11 to make them more flexible during the dead period the group imposed, which currently lasts through May 31. For example, any school staff member may participate on recruiting calls between a countable coach and a recruit. In normal circumstances, only coaches, and a few others in limited situations, may communicate with uncommitted prospective student-athletes via telephone or video calls.

The committee also lifted the restriction on the number of uncommitted prospective student-athletes (and their family members) who may participate in a recruiting call with a countable coach.

What that means is that the Buckeyes coaches can now get on Zoom-type calls with multiple recruits — committed or otherwise — at the same time and that there is no restriction on which university staff members are able to take part. There will now be potential opportunities for schools to put their entire recruiting class together on a call along with uncommitted players, as an example of what that kind of change could mean.

Essentially, the NCAA is attempting to adapt to uncertain times by allowing things it’s not allowed before, and that’s a good thing.

Is the timeline of Buckeyes offensive line target Jager Burton changing again? The 4-star offensive guard from Lexington (Ky.) had originally planned to make an August decision before suggesting a few weeks ago that he could decide to wait a bit longer in order to sort out his plans.

After a tweet from Burton on Wednesday, it’s reasonable to wonder if he’s decided against that — and has instead moved the timeline up.

I'm getting closer to a decision be patient with me!

The Covid-19 pandemic has made earlier-than-expected commitments a popular thing, and a decision from Burton wouldn’t be a major surprise. Ohio State, Kentucky, Clemson, Alabama and Oregon have been his top-five schools for a while now. But many insiders believe it’s closer to a two-team race between the Buckeyes and Wildcats than it is a five-team battle.

Burton has been to both Ohio State and Kentucky multiple times, and his good friend Dekel Crowdus is expected to pick the Wildcats when he makes a decision on Sunday.

Time is one thing the Buckeyes are hoping for in a number of recruitments, and that includes the chase for Jager Burton, who has been set to make an official visit to Ohio State on the weekend of June 12.

A young defensive tackle with Ohio roots has added an offer from the Buckeyes.

Honored to have received an offer to play football for The Ohio State University. Thank you to @ryandaytime @R2X_Rushmen1 and the entire staff. #GoBucks pic.twitter.com/wTRlMGs5Hw

“We’ve been talking a couple of weeks now,” Curry, the country’s No. 4-ranked defensive tackle prospect, told Lettermen Row. “We have built a great relationship with Larry Johnson and Kevin Wilson. It’s been more about building friendships than recruiting.”

Curry took part in a virtual visit with the Ohio State coaching staff, and that’s when the offer was extended.

“They showed me their academics and strength and conditioning stuff,” Indiana’s top-ranked 2022 prospect said. “It’s definitely a big offer and something I will always remember.”

Curry does have ties to the Buckeye State, but he grew up rooting a bit more for the local team.

“My mom’s family is from Columbus,” he said. “We don’t really go to Columbus that much though. I grew up liking Indiana, but never really had a favorite college football team I just watched them all.”

The Buckeyes offered Bishop Gorman (Las Vegas) 2022 safety Zion Branch a few days ago, and the highly-ranked, 4-star defensive back with big-time talents certainly has interest in the program.

“Last Tuesday was the first time we’d spoke,” Branch, a 6-foot-2, 190-pound sophomore, told Lettermen Row. “One of my coaches gave me [Buckeyes assistant] Coach [Matt] Barnes number to call and my dad and I spoke with him.

“Later I had a conference call with several of the coaches and Coach Day and [Kerry] Coombs offered me. They’ve been in contact through my dad ever since because he’s a coach.”

Branch has 22 offers and knows the Ohio State opportunity is a little different.

Branch hopes to make his college decision prior to the start of his senior season.