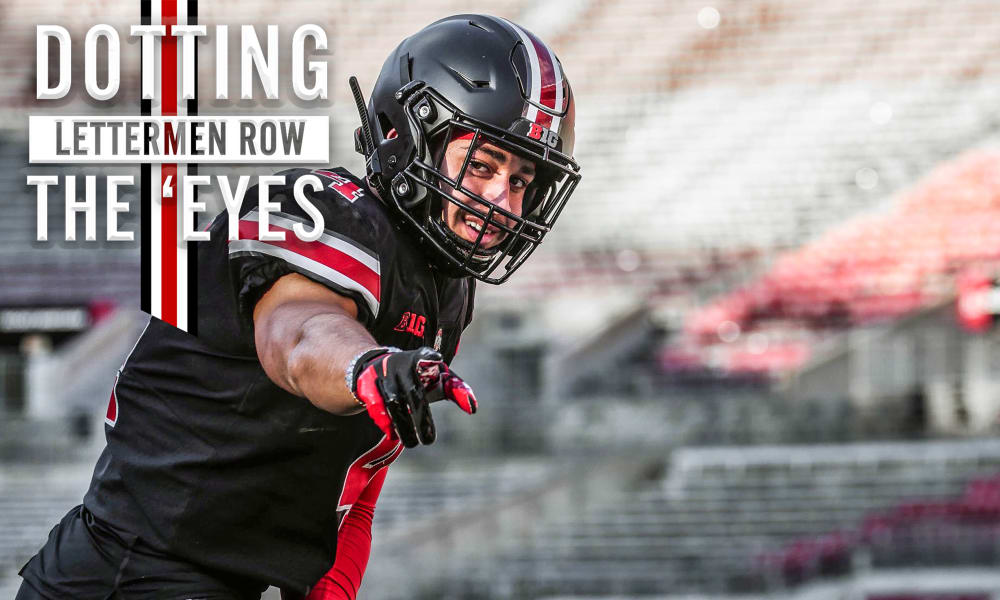 Stay in touch or be left out because Ohio State recruiting is a 24-hour, seven-day-per-week obsession. What’s the latest news as the Buckeyes build for the future? Get that and more Sunday through Thursday on Lettermen Row. Today’s update has the next visit to Ohio State for the country’s top-ranked receiver prospect, Julian Fleming.

After a stressful weekend for Ohio State fans thanks to the Twitter feed of the top-ranked 2020 commitment in the class, the same social media channel provided a bit of good news for struggling recruitniks on Sunday night thanks to a former Ohio State verbal.

That’s 4-star cornerback prospect Lejond Cavazos breaking the news that 5-star receiver Julian Fleming has set up his next visit to Columbus, and it’s going to happen this weekend. The country’s top-ranked receiver is coming off a three-day visit to Clemson, and according to sources close to the Buckeyes, Fleming and his entire family are expected in Columbus on Friday and should depart sometime on Sunday.

Penn State remains the 247Sports crystal ball leader for Fleming, but there’s a real sense that his recruitment involves Ohio State and Clemson more than the Nittany Lions at this point. There’s no other way to say it: This weekend visit is huge for the Buckeyes.

We’re entering a very busy few weeks on the recruiting trail that will bring a host of big-time players through Columbus. Lake Zurich (Ill.) 2021 linebacker Bryan Sanborn has been added to that list, and he’ll check out Ohio State on Tuesday.

Sanborn, a 6-foot-2, 210-pound sophomore, is the younger brother of Wisconsin freshman Jack Sanborn, who held an Ohio State offer in the 2018 recruiting cycle.

To this point, the Buckeyes have not offered the younger Sanborn, but a March visit to the school indicates that there’s a relationship budding here. I wouldn’t be surprised at all if he left campus with an Ohio State scholarship under his belt.

Wisconsin, Iowa, Minnesota and Vanderbilt have gotten in early. The Buckeyes could be next.

Two more big-time talents are expected in Columbus tomorrow, both from the 2020 recruiting class.

Archbishop Hoban (Akron) 4-star athlete Deamonte Trayanum is slated to make another visit to Ohio State, a trip that could bring the talented two-way player closer to a potential commitment with the Buckeyes. Trayanum is Ohio’s sixth-ranked 2020 prospect.

Also planning to be in town is Colorado 4-star offensive lineman Roger Rosengarten, a standout for Littleton’s Valor Christian Academy. The country’s 21st-ranked offensive tackle, Rosengarten will stop at Ohio State during a trip that is also taking him to Notre Dame, Michigan and others. He visited Oregon last weekend.

Rosengarten talked to Lettermen Row two weeks ago about this visit and said he’s been in very regular contact with Buckeyes assistant coaches Tony Alford and Greg Studrawa.

The Buckeyes basketball team finds itself looking for another prospect or two to join its 12th-ranked 2019 recruiting class after the unexpected early-season transfer from forward Micah Potter.

After months of waiting for prospects to emerge, there seems to be a frontrunner to join Ohio State’s class stepping into the spotlight — and he’d be a valuable addition in the frontcourt for Chris Holtmann’s squad.

Prolific Prep senior big Ibrahima Diallo is down to a final-two: Pittsburgh and Ohio State, he tells Stockrisers and Prep Hoops.

Also said this: “I will decide [my school] before the end of this month.”

Diallo is a raw but athletic 7-foot prospect at Victory Rock Prep in Bradenton, Fla. The Senegal native took an official visit to Ohio State for the regular-season finale against Wisconsin, and he earned an offer following that trip.

Ohio State: Jaxon Smith-Njigba found perfect ‘place to be’ with Buckeyes
Ohio State: Which Buckeyes coach is best recruiter in the program?
Advertisement