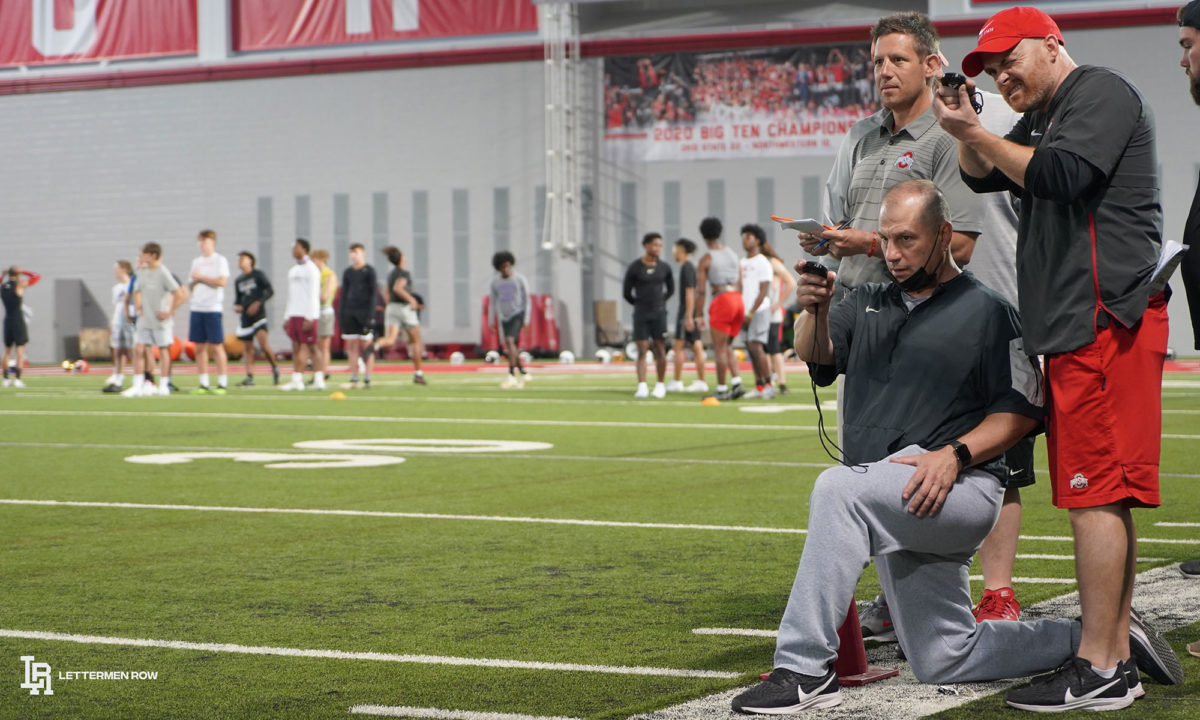 Ohio State had a number of big-time talents in town on Wednesday for the first in-person evaluation in more than a year. (Birm/Lettermen Row)

COLUMBUS — Ohio State had its first recruiting camp in two years on Wednesday and it provided a lot of interesting talking points.

One of the day’s most important conversations was about 5-star 2021 defensive lineman J.T. Tuimoloau and Lettermen Row received some valuable clarity on his recruiting timeline and plans for summer enrollment. The official offers are on and the race for a decision — which now looks like it could come in July — is in full swing.

With a few weeks to go before the visit from Tuimoloau, the Ohio State staff is now focused on the hundreds of recruiting visitors making their way to Columbus in June. It’s going to be a chaotic month and that’s already underway with one important camp out of the way. The one-day evaluation saw five new Buckeyes offers go out and some intrigue added to the Ohio State 2022 defensive line recruiting efforts.

Was it smart to offer a new defensive tackle prospect with so many big-time talents just now getting the chance to look at the schools they’re considering? How does Larry Johnson’s impact — and the recruitment of Antwuan Jackson — impact Christen Miller? What does it mean for the Buckeyes to offer two 2023 prospects at quarterback after good performances?

Lettermen Row’s Jeremy Birmingham, Austin Ward and Spencer Holbrook are discussing those topics and more in the latest episode of Talking Stuff, the recruiting podcast from Lettermen Row.