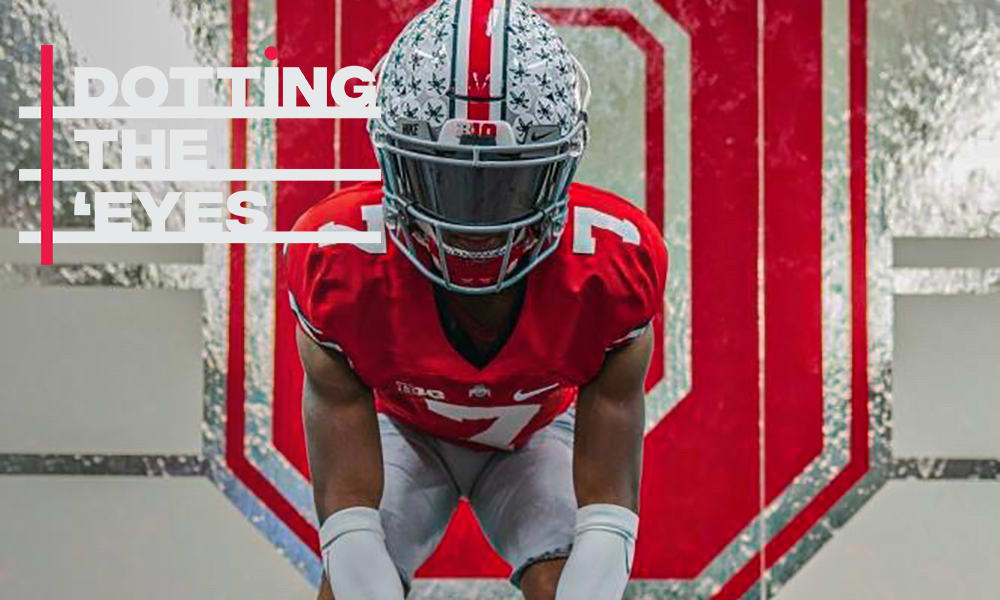 Stay in touch or be left out because Ohio State recruiting is a 24-hour, seven-day-per-week obsession. What’s the latest news as the Buckeyes build for the future? Get that and more Sunday through Thursday on Lettermen Row. Thursday’s notebook catches up with Georgia cornerback Jordan Hancock and introduces another Cincinnati junior who has the attention of Ohio State.

The Buckeyes impressed North Gwinnett (Suwanee, Ga.) linebacker Barrett Carter during his visit to Ohio State last weekend, a trip that came two weeks after his “brother from another mother,” teammate Jordan Hancock, was in Columbus.

Since his time in Ohio, Hancock has seen his phone blow up with interest. So, he’s tried to lay a little low because of that and the need to focus on his team’s playoff push.

“I’m almost caught up in school and really had to focus with playoffs coming up,” Hancock told Lettermen Row on Tuesday. “And my phone has been really blowing up, but it’s cool. That’s part of being recruited by these types of schools.”

The 6-foot, 170-pound cornerback was offered by Ohio State during his visit and said at the time it was an “honor,” and he’s still feeling the love from the Buckeyes.

“Getting the offer from them in person touched me way more than getting it a different way. It seems like it will stick with me more. Ryan Day and Jeff Hafley were outstanding people. I loved being around them and I’ve talked to them four times since the visit.”

As mentioned, Hancock is close with Carter. And the two have discussed playing together in college, maybe at Ohio State. Hancock appears comfortable being the ringleader when it comes to that idea.

“We talk about it almost every day, if not every day,” he said. “I keep on bugging him about it saying stuff like: ‘Bro, you’re gonna love it up there [at Ohio State], it’s going to be one of the best experiences.'”

There are no next visits planned this season for the country’s No. 43-ranked cornerback. But he knows when he’ll return to Ohio State.

“There are no visits planned right now,” he said. “But I plan on going to the [Buckeyes] spring game.”

In the football-rich state of Ohio, a number of players will see their national attention increase. One of them, Cincinnati La Salle defensive back Devonta Smith, had a pretty darn good Wednesday. Oklahoma, Penn State and West Virginia each offered the 5-foot-11, 175-pound cornerback prospect. He’s also been in regular contact with Ohio State recently as he hopes to potentially land an offer from the home-state Buckeyes.

“I’ve been talking to coach Al Washington,” Smith told Lettermen Row. “They are that offer. It would be a dream come true, but I’m just staying focused right now. If it comes, it comes, but most definitely I would be excited about that offer.”

Smith is a cousin of his La Salle teammate Jaylen Johnson, who has a Buckeyes offer. The two have discussed playing alongside one another at the next level if the opportunity comes to fruition.

“I’ve heard the saying ‘The best in Ohio, stay in Ohio,” so I am just saying, it would be great,” he said. “Jaylen, he’s telling me they love my film and it’s a matter of time before they pull the trigger on me, which I’m waiting on. We spend a lot of time talking about [going to the same school], for sure. We’ve always played with each other or against each other.”

Johnson and Smith will definitely be going to Ohio State together when the Buckeyes host Penn State next week.

“I’m for sure going to Ohio State and Penn State game with Jaylen,” Ohio’s No. 27-ranked 2021 prospect said. “I’m looking forward to seeing the players, the coaches, the fans, the facilities and the family environment.”

Westerville South 2022 receiver Kaden Saunders told Lettermen Row a week ago that his visit to Ohio State for the Wisconsin game was, in some ways, better than he expected. He then returned to campus when the Buckeyes hosted Maryland and spent a little more time with the coaches at Ohio State.

“It was good,” Saunders said. “I got to talk to Coach Day, unlike last time.

“He’s cool. I met him on my very first visit there last year, and we just caught up about my season. He told me to keep coming back as much as possible. Plus, it wasn’t raining. That was good.”

The Buckeyes haven’t offered Saunders, but Penn State, Michigan, Michigan State and a few other Big Ten programs have. But he’s feeling good about where things are headed with Ohio State.

That Maryland game visit is likely going to be the last this season however for Saunders. He’ll be in Pennsylvania this coming weekend.

“That’s my last game for the season there,” Saunders said. “I am going to Penn State again this weekend and then back to Indiana the weekend after. I’ll then go to Pitt the last game of the season.”