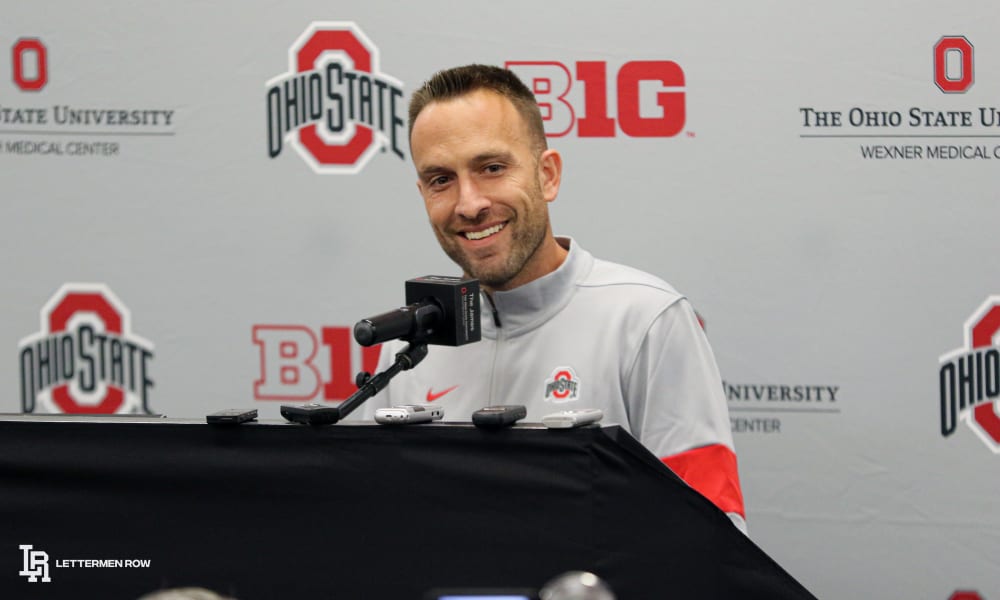 Ohio State co-coordinator Jeff Hafley has felt right at home in his return to the recruiting trail. (Birm/Lettermen Row)

But a little local knowledge can also go a long way.

“New Jersey people stick together and we all kind of understand each other.”

It sounds so simplistic, so cliché, but when the recruits from New Jersey talk about the recruiting process, it seems to ring true.

Even for the players who aren’t going to be coached by Hafley in college, he resonates in a little different way.

“Coach Hafley grew up around the corner from my high school,” Ohio State offensive line commitment Luke Wypler told Lettermen Row. “In the same town, no less. We’ve had, roughly, the same high school experience. That’s always a topic of conversation. He’s just so relatable and he understands what it means to be tough and from Jersey.”

“He’s a straight-up guy. He doesn’t beat around the bush, and he tells you how it is, good or bad. I believe that a lot of recruits respect that.” 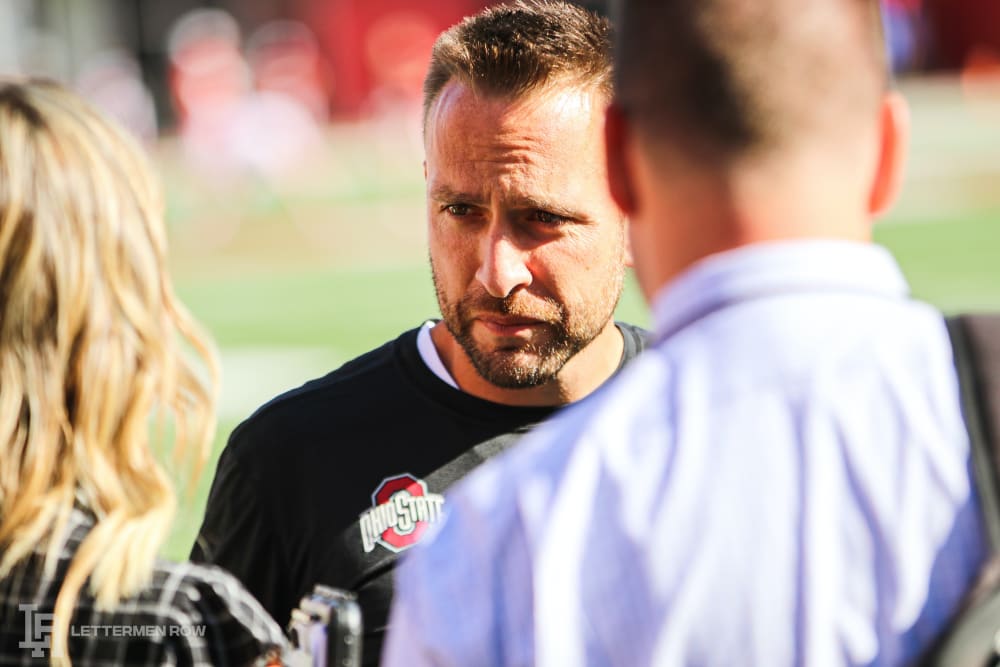 Jeff Hafley has won over Ohio State fans and recruits with an honest and direct approach. (Birm/Lettermen Row)

Hafley came to Ohio State after a seven-year college football hiatus that saw him coach in the NFL from Cleveland to Philadelphia to San Francisco. His youth — he’s just 40-years-old —  belies his experience in a lot of ways, but his reputation as a recruiter and as a developer of talent was one of the reasons why Ryan Day picked him to run his first defense in Columbus.

“I remember when we were with the 49ers,” Day said during his Tuesday press conference. “I told Jeff that he had an unbelievable combination of recruiting — because he was a great recruiter when he was in college — and an ability to relate to players.

The dividends have been evident on the recruiting trail already, and they aren’t just limited to one part of the country.

“He understands a lot of what we go through in Jersey,” linebacker Cody Simon, a 4-star commitment from St. Peter’s Prep in Jersey City, told Lettermen Row. “Overall he’s a very relatable guy. He’s passionate but you also get that authenticity from him.”

It’s just that simple for Hafley: Be himself and let the rest take care of itself.

“I know it sounds cliché, but if you’re not from there, you may not understand,” Hafley said. “It’s more than where we’re from, it’s who we are.”

There’s talent and good pizza in the Garden State. Nobody knows that any better than Jeff Hafley.