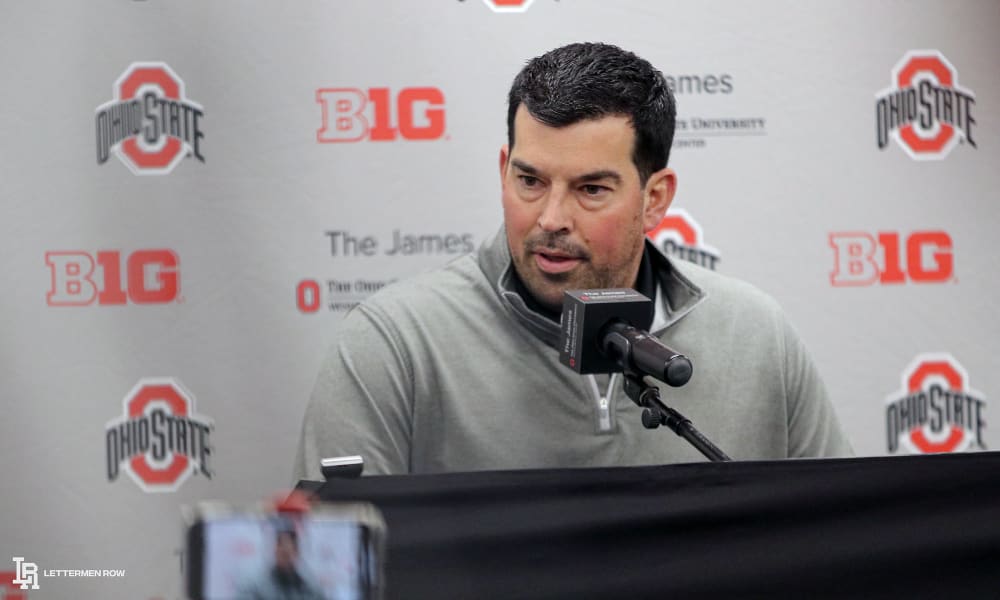 COLUMBUS — Recruiting season is going to have to wait for Ohio State.

Championship season comes first for the Buckeyes yet again.

Just about eight hours after the conclusion of Ohio State’s most recent win against Michigan, the rival coaching staff and most others around the country put the regular season behind them and turned the focus to next challenge: Recruiting.

The first day of December opened up a contact period on the recruiting trail. That’s the first day of a 14-day window that allows coaches to meet recruits away from campus, to visit them at their schools and make in-home visits that are vital to securing longtime commitments and picking up new ones with the early signing period closing in and starting on Dec. 18.

Ohio State, however, has not used this week to get on the road and recruit.

No, the Buckeyes — along with other big-time programs like Oklahoma, Oregon, LSU and Georgia — are preparing to win a conference championship with the hopes of playing in the College Football Playoff. For Ryan Day and his staff, those opportunities are worth a whole lot more than any time spent in a living room or a coach’s office in a suburban high school.

“This week everybody is on the road, we’re not,” Day said Tuesday. “Talking to recruits this week and [Monday night], I apologized: ‘We’re not going to see you this week.’

“Almost everyone to a person says, ‘No, that is a good problem to have, Coach. We’re glad you’re playing in that championship game. We get it.’ Being in this spot is huge credibility in recruiting.” 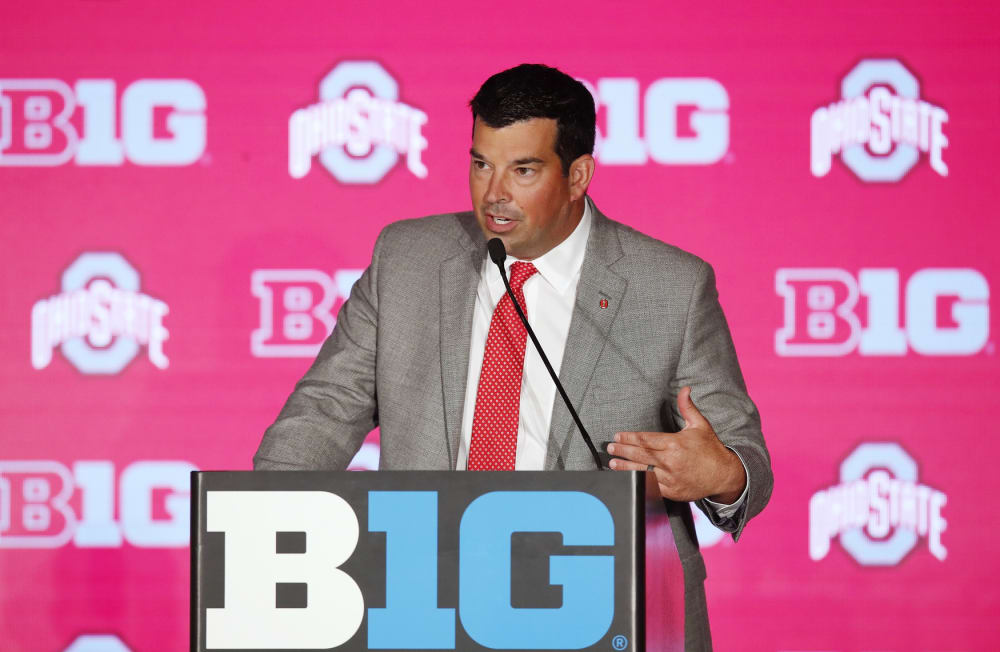 Ryan Day has a number of obligations before the early signing period that don’t involve recruiting. (Jim Young/Imagn)

Weeks like this are valuable for recruiting, and there’s no doubt about that. Face time is a whole lot different than FaceTime when it comes to building relationships, but that’s one of the reasons why Day and his staff have been so conscientious all year about forming real bonds with prospects and their inner circles.

“That’s why you put so much work into recruiting leading up to this point,” the first-year Buckeyes coach said. “We recruit these kids so early on, the relationships are there. Then we’ll do everything we can next week to get out there and hustle around and see these guys.”

The challenge of making in-home visits with 2020 commitments is one piece of the puzzle for the Buckeyes, especially one week ahead of signing day. There are no real worries in the Ohio State class at present, so that makes it a little easier. But that doesn’t eliminate the need to sit and talk with that group of 24 verbal commitments one more time before they put their names on the dotted line, especially with almost two-thirds of that group planning on enrolling in January.

The 2020 class notwithstanding, where Ohio State and other programs competing for championships this week lose out is with junior prospects they can’t get out on the road to see. Next week, when the conference championships are over, the Buckeyes can do that. But then it’s a matter of coordinating visits all over the country with the aforementioned 2020 verbals and 2021 priorities.

That doesn’t even factor in that coaches like Day and Jeff Hafley are required to be in other random places like Arkansas (where Hafley is a finalist for the Broyles Award) or Charlotte (where Day is speaking for the Nagurski Award) or New York when the Buckeyes likely have two players representing the program as Heisman finalists. Somewhere in the middle of all that, Day is also expected to coach a football team that’s competing for a national title.

“Certainly it’s a challenge because we have so many midyear guys coming in and only one week on the road, really only four days,” Day said. “It’s going to be a bear to try to get out there and see everybody, get all that done.

“[Ohio State director of player personnel] Mark Pantoni is working hard on it, trying to get all the plans to go to make sure we maximize all the time. Other events going on during that week. It will be a race.”

The Buckeyes aren’t going to complain about missing a week of recruiting.

And though it could be argued that the NCAA should find some way to give that week back to programs competing for conference championships, winning titles and major awards help recruiting in ways that visiting players sometimes can’t.