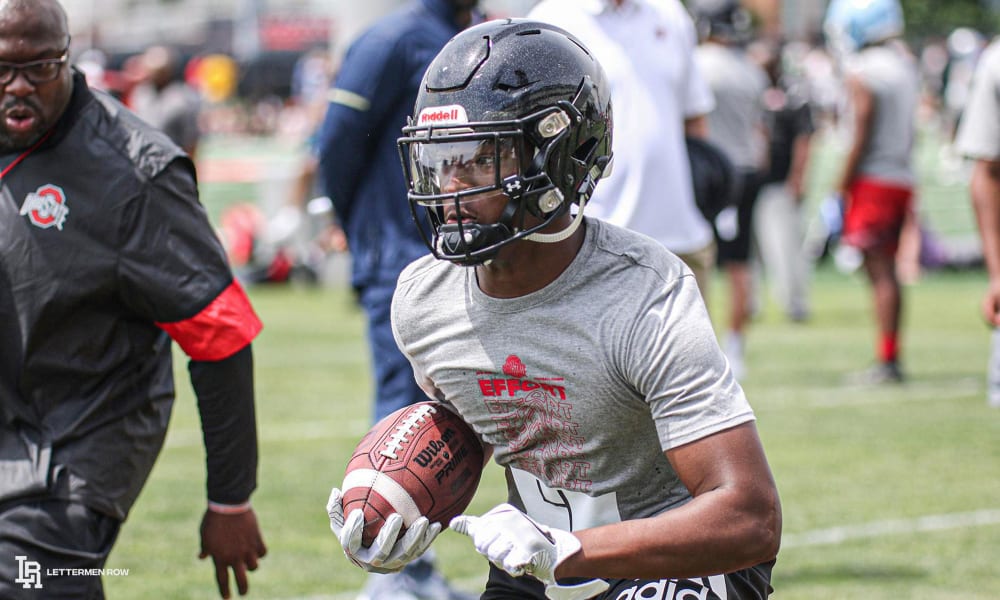 Evan Pryor earned his spot at Ohio State by camping for the Buckeyes in the summer of 2019. (Birm/Lettermen Row)

COLUMBUS — Looking for evidence about how good the Ohio State football recruiting class of 2021?

Look no further than the recruitment of Evan Pryor.

The country’s No. 5-ranked running back committed to the Buckeyes in March after being aggressively pursued by Ohio State for roughly nine months or so. The 5-foot-10, 190-pound Pryor was offered by Tony Alford in early 2019 and could’ve leaned on that verbal scholarship opportunity when he made his first visit to Ohio State five months as excuse to hang out rather than work out, but he didn’t.

Pryor wanted to make sure the Buckeyes and Tony Alford were right for him. In doing so, he probably proved to the Ohio State coaches that he was right for them. There’s no single trait that the Buckeyes want in a recruit more than the desire to play football. To compete. To learn.

“I went to camp when I had already been offered because anywhere I really considered, I camped,” Pryor told Lettermen Row. “I had to do that to see what type of coach they were.” 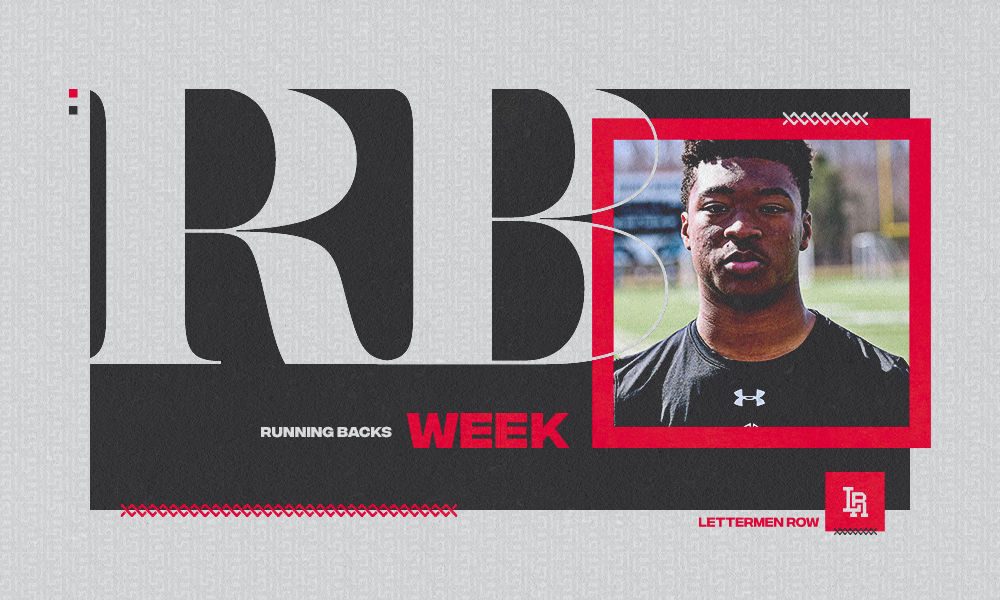 Evan Pryor was instrumental in recruiting TreVeyon Henderson to Ohio State with him. (Birm/Lettermen Row)

When that camp finished, Pryor left Columbus with a whole new perspective on the Buckeyes and his own recruitment.

“It was the love the whole staff showed — they really made me feel at home,” Pryor said. “With all the big-time schools, they are in some way the same in terms of fans, facilities and even some coaches. … But in this process, the team who makes me feel like I’m at home the most will be where I commit.”

Nine months later, Pryor picked Ohio State knowing full well that the plan was for him to be one piece of a two-man running back recruiting class. That wasn’t because he wasn’t good enough to be the lone star in the class, and Pryor was never just a backup option for the Buckeyes. They were upfront with him from the start that the goal was to add another big-time back alongside of him, so it wasn’t unexpected when 5-star running back TreVeyon Henderson committed just less than two weeks later.

It was surprising that Pryor was as instrumental as any other Ohio State commitment in making it happen. Recruiting peers on the offensive line or the defensive line? That’s somewhat expected. At running back? That’s rare, but Pryor is a unique talent and a young man who sees the big picture.

“A lot of people think we should be enemies, I guess,” Pryor said of his decision to go full-speed ahead in trying to bring the country’s No. 2-ranked tailback into the Ohio State class. “But we have games to win and we have goals to meet, and Trey is like a brother to me already. We both know that it’s a tough life for a running back on the body. With us both being there we can split those hits and can both look forward to a lengthy NFL career.”

Pryor could have chosen any program in the country, eventually choosing Ohio State from his 35 offers. His game is electric and versatile. His coach at William A. Hough (Cornelius, N.C.) almost runs out of adjectives when trying to explain his talent and the value he provides his team.

“His skill set is remarkable — one of his goals when he got here was to become a three-down back and have the ability not to ever have to come off the football,” Matt Jenkins told Lettermen Row ahead of his commitment. “He gets closer to that every day, and he’s a willing blocker, good in protection schemes, understands them and picks up blitzes. He’s got remarkable hands as a running back. Great vision. Does a great job between the tackles, and he runs through tackles now.”

This offseason has been a weird one for Pryor, who has seen the 7-on-7 circuit and all summer workouts lost to Covid-19 concerns. He tried to make due, though, using whatever he can to his advantage.

“I’ve been lifting in my garage, working out two or three times a day between lifting and field work,” he said. “I’m seeing myself get stronger. My goal this season is to let everyone know I’m the best back in the nation. I can’t wait to compete.”

Rankings don’t bother Evan Pryor, they motivate him. That’s why he committed knowing Ohio State wanted two tailbacks, before any other player did.

Being one part of a two-headed monster at running back doesn’t mean he’s the second choice.

Tony Alford took shots, then bounced back in massive way
Recruiting or rushing, TreVeyon Henderson doesn’t do anything half speed