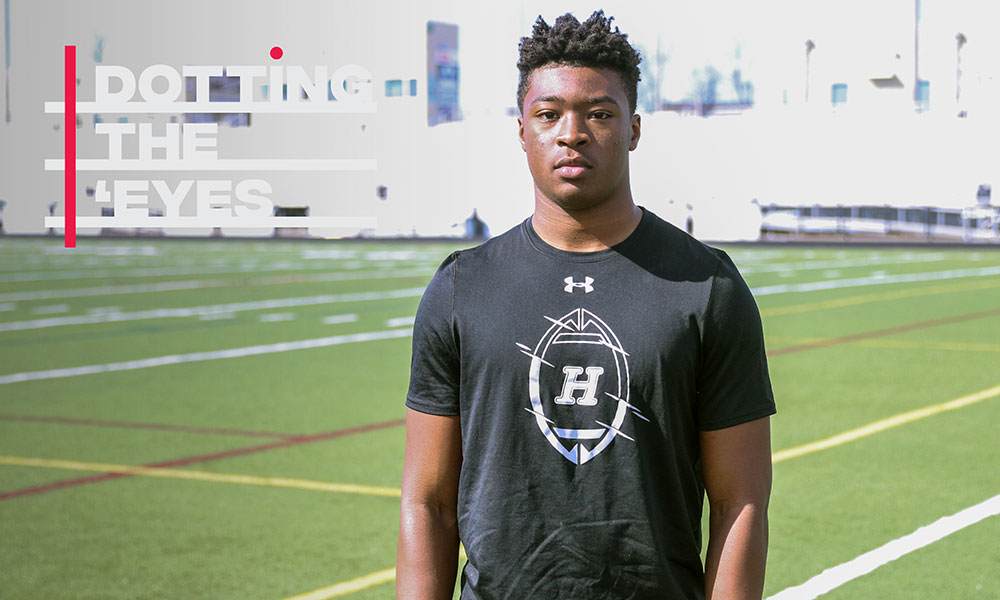 Stay in touch or be left out because Ohio State recruiting is a 24-hour, seven-day-per-week obsession. What’s the latest news as the Buckeyes build for the future? Get that and more Sunday through Thursday on Lettermen Row. On Wednesday, we continue our recruiting road trip with a couple stops in North Carolina and get the latest on a pair of top Buckeyes targets in the Tar Heels backyard.

Recruiting could be affected as nation reacts to coronavirus outbreak

The first real recruiting impact of the national coronavirus outbreak is being felt in Big Ten country. Michigan announced on Wednesday that it will put a pause on all recruiting activities, on campus and off, until April 21.

“For the health and safety of all involved, Michigan will not be allowing coaches to conduct off-campus recruiting activities or host recruits on official or unofficial campus visits during this time period,” according to a statement from the school.

Ohio State has not yet made any similar decision, but it almost feels inevitable that more schools will follow suit. The Buckeyes are expected to host a number of major recruits in the next few weeks, and there’s no doubt that the safety of all the student-athletes involved will be considered first and foremost ahead of recruiting implications. But it’s not an easy choice for Ryan Day and the Ohio State administration to voluntarily bring its recruiting operation to a halt in the middle of one of the cycle’s most important months.

Stay tuned, because things are changing rapidly. The Buckeyes are going to be forced to make some tough decisions, but sources have indicated to Lettermen Row that it’s likely some recruiting will still be permitted — perhaps with consideration given to where potential targets live and the status of the outbreak in those locations. At this point, Lettermen Row does not expect Ohio State to place an outright ban on all visitors, but don’t be surprised to see a serious scaling back of the spring recruiting activities.

(EDITOR’S NOTE: Since this story was published, Ohio State football has postponed all unofficial and official visits through April 20. The Buckeyes coaches will not go off-campus to recruit, in accordance with the university’s temporary travel restrictions.)

Evan Pryor trip to Ohio State still on for now

Lettermen Row continued our Spring Break Recruiting Roadtrip on Wednesday and headed south from Virginia to North Carolina, where we stopped into a pair of high schools that are the home of Ohio State targets.

The first stop was William Amos Hough High School in Cornelius, a suburb of Charlotte and the home of Buckeyes running back target Evan Pryor. As with TreVeyon Henderson on Tuesday, there’s a full Birminology with Pryor coming soon, so I wanted to give the cliff notes of the visit.

Of note was that Pryor met the LR staff at the door when we arrived. Though it sounds like a small thing, it is indicative of who Pryor is and what he’s all about. The kid is very comfortable in his own skin and confident, no doubt. But he is also considerate and purposeful in his words and actions. A lot of times on these high school trips, it’s hard to get these young men to open up and truly be themselves, but that was no issue with Pryor from the start.

Throughout the days leading up to our visit, there’s been a lot of internet scuttlebutt that Pryor was going to be committing to North Carolina on Wednesday. He made it clear that he had no idea where or why that rumor was out there. He mentioned that even Tar Heels coach Mack Brown had asked him early in the morning if “today was the day” for a decision.

The commitment rumor for today is false.

It was not. According to Pryor, though, he has been getting closer to making a final decision. There’s no doubt that he’s feeling the pull of North Carolina, who is pressing the country’s No. 5-ranked running back to join the movement made by a number of his close friends and 7-on-7 teammates who recently committed to the Tar Heels.

Matt Jenkins, Pryor’s coach, believes that Pryor is still undecided. But it’s clear in talking to both of them that the Buckeyes desire to take a pair of running backs isn’t just OK with Pryor — it might be the preference as he keeps his eye on a potential NFL career. There’s no shortage of real advice and discussion happening with Jenkins, who has ties dating back to time at Penn State and has sent a number of players on to college careers.

Pryor is planning to visit Ohio State next week, Wednesday through Friday, and a decision could come anytime after that. And though Georgia remains in the top three, this feels like a Buckeyes and Tar Heels battle.