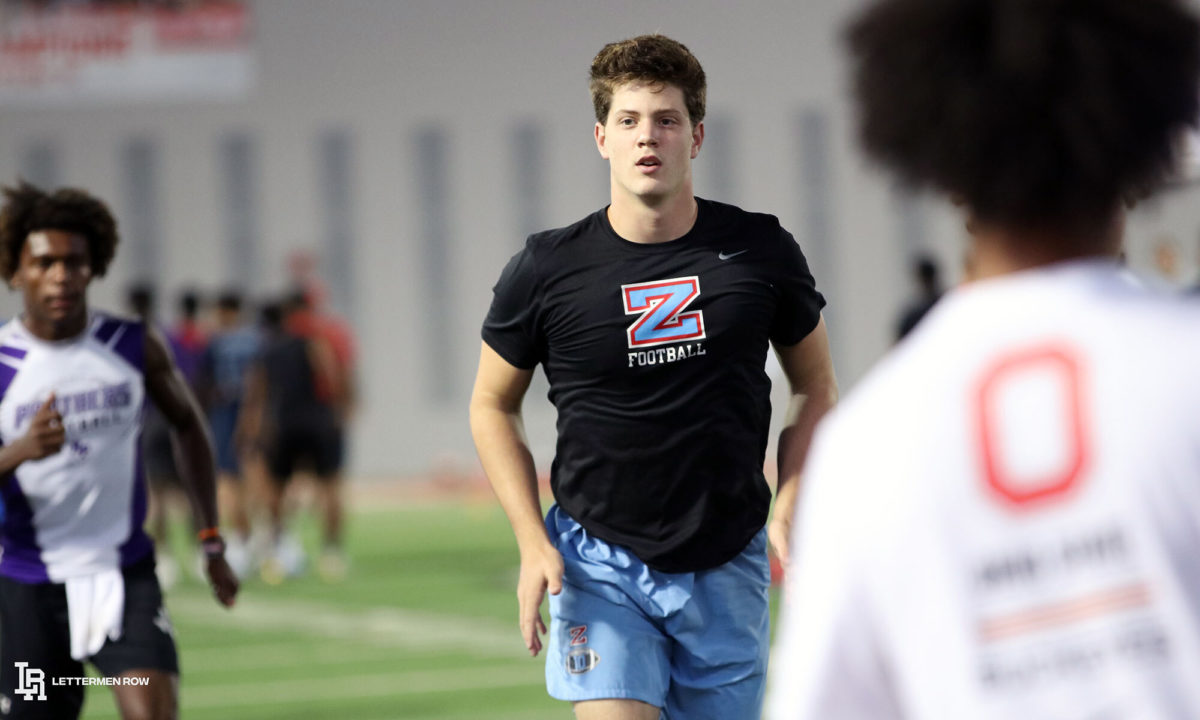 A member of the 2022 class, Grant participated in the morning session of Tuesday’s camp. Ohio State’s offer marked just No. 12 of his recruitment. A 6-foot-4, 335-pound defensive lineman from Merrillville High (Ind.), his speed impressed the Buckeyes coaching staff. With a frame more fit to be a nose guard, Grant’s 40-yard dash caught Ohio State’s eyes. Just a 3-star recruit currently, he holds offers from the likes of Michigan, Wisconsin and Nebraska.

The final three offers of the day came in the afternoon. Ohio State watched a handful of talented quarterbacks, but Holstein and Iamaleava were the only two to leave with offers. 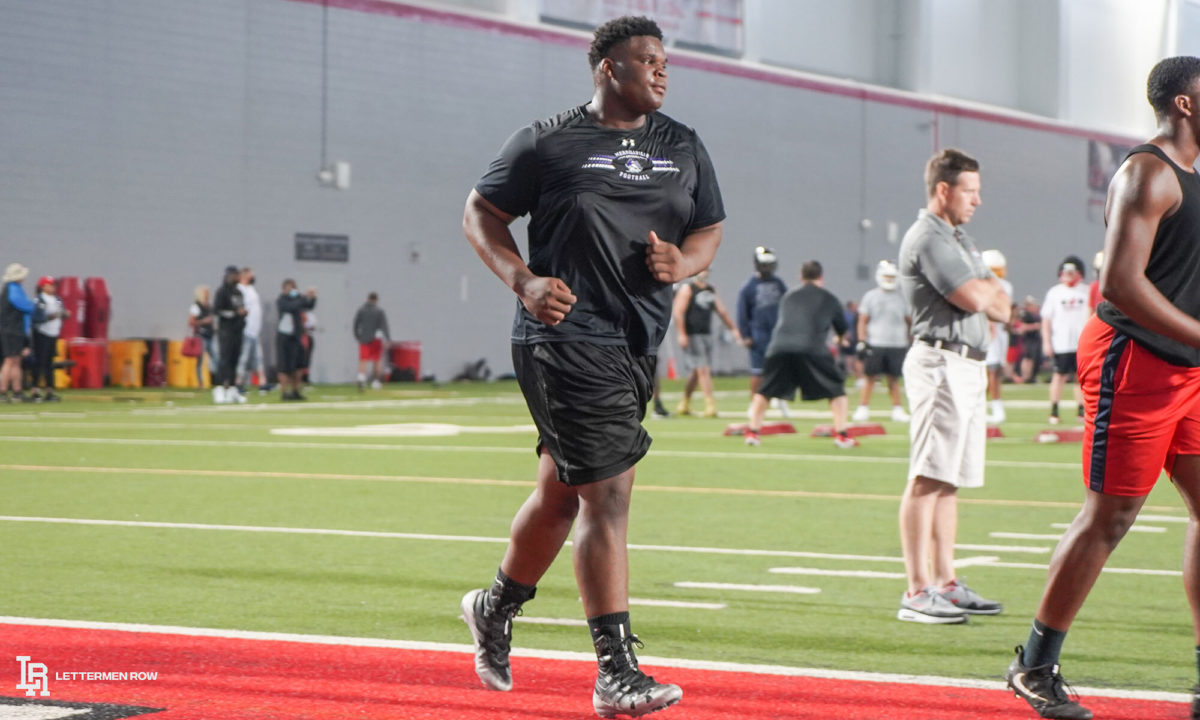 Kenneth Grant was the only member of the 2022 class to receive an Ohio State offer. (Birm/Lettermen Row)

Holstein is a 6-foot-3, 212-pound quarterback out of Zachary High (La.). With offers from LSU, Texas A&M and Georgia, the Buckeyes have officially entered the mix. Currently a 4-star recruit, he led Zachary to the Louisiana 5A state quarterfinal round this past fall. The No. 7-ranked quarterback in the 2023 class and No. 7 overall recruit in the state of Louisiana, he is now one of just two quarterbacks the Buckeyes have offered in the class.

The other quarterback who impressed enough on Tuesday to leave with a coveted offer was Iamaleava. A 6-foot-5, 195-pound prospect, he’s been offered by Florida State, Oregon, USC and Georgia among others. With an offer from the Polynesian Bowl already in hand, he’s ranked as a top-50 recruit in the 2023 class and the No.5-ranked overall quarterback. Now playing at Warren (Downey, Calif.), Iamaleava spent his freshman year Long Beach Poly.

The No. 10 cornerback in the 2023 class also received an Ohio State offer after working out at the Woody Hayes Athletic Center. A 6-foot, 160-pound defensive back, Lee holds offers from Tennessee, Auburn and Notre Dame. From Cedar Grove (Ellenwood, Ga.), Lee looked well-built and fluid going against wide receivers in one-on-one drills.

Ohio State’s recruitment efforts in the 2022 and 2023 classes is just ramping up.

The Buckeyes will next evaluate talent in-person at their camp next Tuesday.