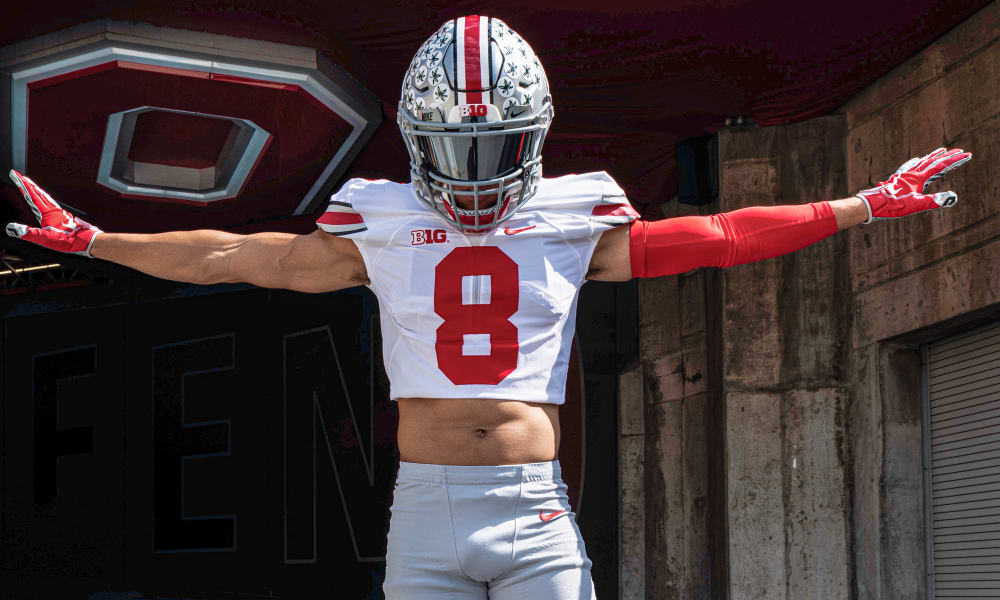 Lathan Ransom is heading far from home to attend Ohio State, but that doesn't make him more of a flip candidate than anyone else. (Lathan Ransom/Courtesy)

Have a question about Ohio State recruiting? This is the place for you, five days a week. Submit your questions on Twitter or on the Lettermen Row forums. Check in daily to see what’s on the mind of Buckeyes fans all over the country. Friday’s question asks if, with the 2020 class almost complete, if the Buckeyes are in a position to be affected by decommitments.

One of the byproducts of Ryan Day’s more personal, family-style approach should be a reduced fear of Ohio State losing recruits who are committed to the program for a while.

Perhaps I’m being myopic and there’s not a large enough sample size to predict such a thing, but Day’s gone out of his way since being hired to emphasize tighter relationships within his staff and how his coaches relates to the prospects they recruit. That has been reflected in the decision to abandon the large January junior days that have been the norm in recent years — and, of course, in the decision to skip Friday Night Lights, the recruiting extravaganza that Urban Meyer and Ohio State director of player personnel Mark Pantoni spawned back at Florida more than a decade ago and that has been replicated at every major football program since.

Those mega-recruiting weekends have been replaced by smaller groups being welcomed in together in an effort to provide a more intimate setting, one where families and prospects are given a better chance to get to know Ryan Day and his coaches personally, as well as each other.

So far, those efforts have been rewarded, as Day alluded to during a recent press conference at Big Ten Media Days.

“I think the plan is working,” Day said. “When someone walks in the building, it’s the environment. Because if we say we’re going to be a family, we have to be a family. If you send your son to Ohio State, he’s going to be taken care of. This program is going to be motivated through love and that’s part of being a family.

“What I say to our guys all the time, and what I say to the recruits is: ‘Who do you love the most in your life?’ And they all say their family. ‘What would you do for them?’ And they say anything. Well, why can’t we have that same relationship with our players and our coaches? That’s really what we talk about with our guys.”

So far, that’s been working. The Buckeyes have not suffered any decommitments since the departure of Darvon Hubbard from the 2020 recruiting class and have actually brought a former decommit, Lejond Cavazos, back into the class because of Day and his style.

“Urban told us that Ohio State is big-time time program that’s only going to get better,” C.J. Cavazos told Lettermen Row. “Give Ryan a chance, give the new staff a chance and that’s exactly what we did.”

That’s why, right now, I don’t think there’s any imminent danger of the Buckeyes losing any of their commitments. The relationships forged by Day, coaches like Brian Hartline and Jeff Hafley, and staff members like Mark Pantoni have kept families in the loop and feeling connected. As long as the program continues on the right track on the field this fall, there’s no real reason to fear losses in the class in the next few months. 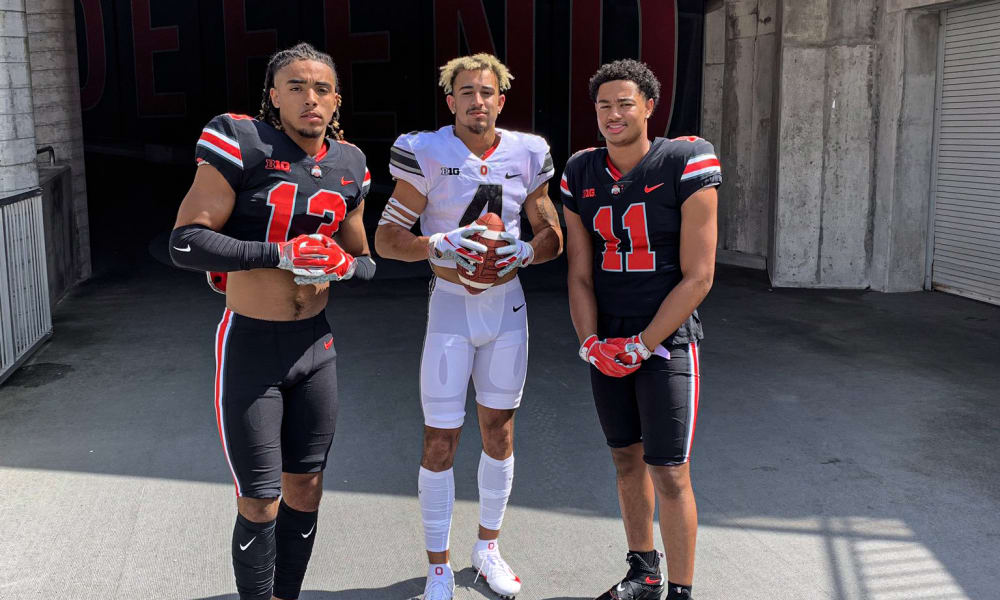 The Buckeyes have five potential receivers — from five states — committed in 2020 and each is solidly committed to Ohio State. (Smith-Njigba family/Courtesy)

If there are significant troubles on the field, then you could see some challenges with current commits. Many of them, especially the West Coast guys like Lathan Ransom, Clark Phillips and Kourt Williams, have made multiple visits to Ohio State already and used their official trips in June. So, in the event of an emergency that requires a saving-the-recruitment- type of visit, it’d take a major financial commitment from the family to give Ohio State the chance.

Of course, that’s all conjecture and worrying about nothing at the moment. Right now, even with the struggles suffered with running backs this week, all is well in Columbus. That’s the end result of recruiting Ohio, developing solid relationships with solid kids and sending a consistent, genuine message to their families.