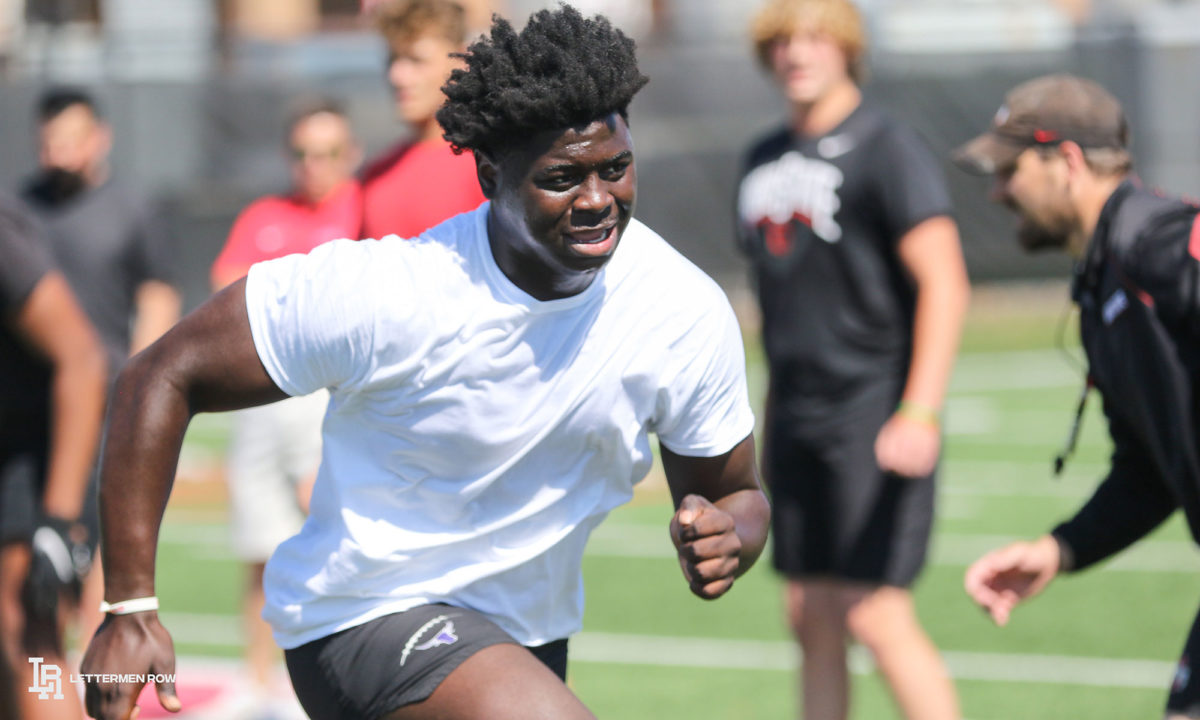 David Hicks didn't need to work out for the Buckeyes but wanted to earn an offer -- he did just that. (Birm/Lettermen Row)

COLUMBUS — Even if he hadn’t camped at Ohio State on Tuesday, David Hicks likely would have walked away from campus with a Buckeyes offer.

By showing up and working out for Larry Johnson, he earned his offer. The country’s No. 8-ranked 2023 defensive lineman also gained insight into the premier defensive line coach in America.

“He breaks down every little thing that you do,” Hicks said following the Ohio State recruiting camp. “Everybody says ‘you’re a great player’ this that and the other thing. Larry Johnson breaks down everything you do. [Ohio State] was a different type of feeling. Larry Johnson is one of the best in the game. Joey Bosa, Nick Bosa — look it up. He has the best. It’s just the coaches that are different.”

Hicks — listed at 6-foot-4, 250-pounds on his internet recruiting profiles — knew he wanted to get to Ohio State, one way or another. The chance to be seen by Johnson is something he didn’t want to pass up.

“I was gonna come here either way,” he said. “If I didn’t blow up this year, I was going to come here. That’s just something you’ve got to do. Larry Johnson is a coach you’ve got to learn from.” 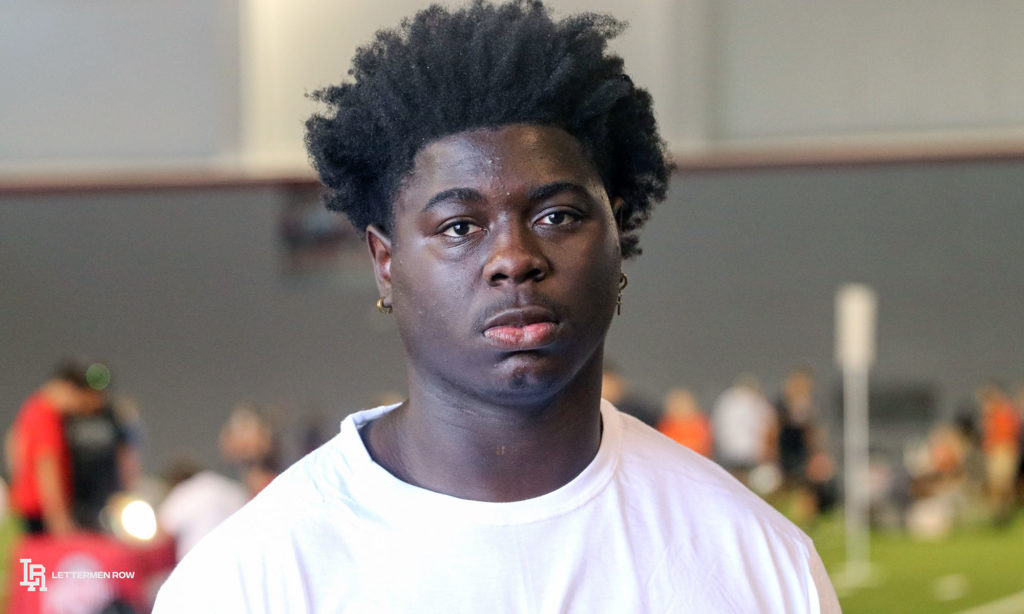 Another Buckeyes standout, Chase Young, is one of the players that Hicks says he models his game after. He’d been hearing about Ohio State for months ahead of his visit, not from the Buckeyes coaching staff but from freshman offensive lineman Donovan Jackson. The two are close friends and spent time training together when the 2023 lineman lived in Katy, outside of Houston. That’s where he starred at Morton Ranch High School as a freshman and sophomore and go to know Jackson.

“Donovan’s a great guy I’ve known for a long time,” Hicks said. “He’s someone that I know is going to tell me the truth. He’s been telling me what’s important, showing me different things and different perspectives on what to pay attention to outside of just football.

“It’s about how Ohio State is going to help build you as a person. How they’re worried about me getting a job if for some reason football ends or I don’t make it to the next level. It matters a lot to think about those things and to have that perspective. I want to be a coach, and the ‘Real Life Wednesdays’ stuff at Ohio State is important.”

It’s still early in the recruiting process for Hicks, but he says that the Buckeyes are going to be factor moving forward.

“It’s safe to say they’ll be in the mix until the end,” Hicks said.

Michigan, Notre Dame and Oklahoma will be the next stops on what’s been a very busy June already for David Hicks.