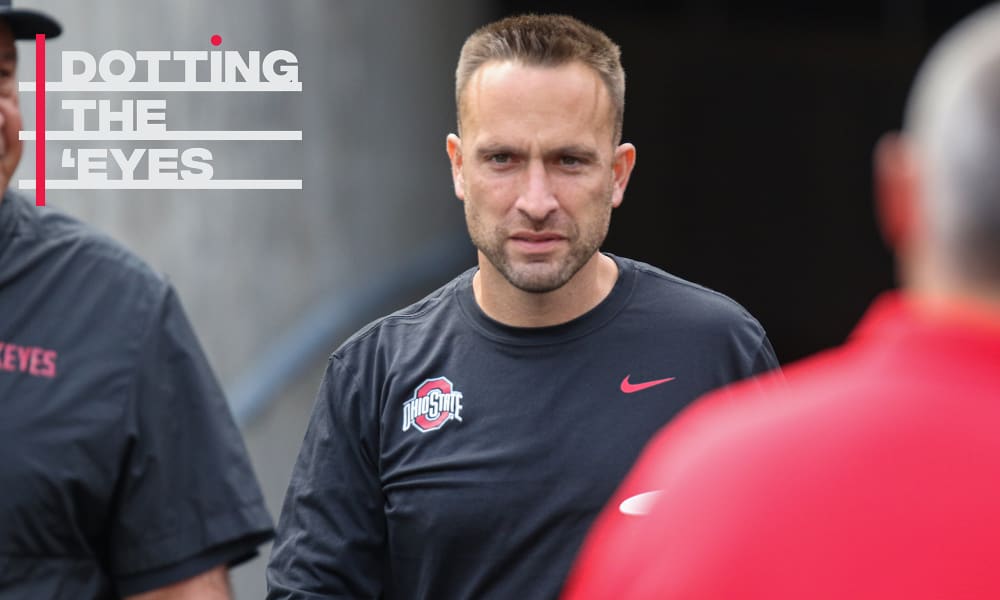 Ohio State assistant Jeff Hafley has been rumored to be a leading candidate in a pair of head coaching searches. (Birm/Lettermen Row)

Stay in touch or be left out because Ohio State recruiting is a 24-hour, seven-day-per-week obsession. What’s the latest news as the Buckeyes build for the future? Get that and more Sunday through Thursday on Lettermen Row. Thursday, we’re examining the rumors about Ohio State coaches and other job opportunities.

This week has brought new rumors and more rumblings related to Ohio State assistant coaches. And with so many questions about them, we may as well address them.

Almost as soon as Rutgers fell off the table, the scuttlebutt around Hafley and Boston College began to pick up. That’s not a new rumor, by the way, as even before the Eagles moved to fire Steve Addazio officially, there was some talk that Hafley was being targeted as a potential replacement for him. When Adazzio was let go over the weekend, Hafley was immediately dropped by media outlets around that area as a top choice.

Sources told Lettermen Row that Thursday was expected to include an opportunity for Hafley and Boston College to further these discussions in the form of an interview. If that interview happened, it would have had to occur either on the phone or in Columbus because Hafley had no plans to leave preparations for the Big Ten title game to fly to Boston. Earlier this week the gregarious Ohio State assistant addressed — sort of — the talk about his future.

“My thoughts are, I completely understand you asking that question, I get it,” the Broyles Award finalist said Tuesday. “But I hope you guys all respect — and you guys have all been great — right now I’m going into now the next biggest game on my career and if we could just focus on that, I’d appreciate it.

“But I get it, I get why you asked the question. No disrespect.”

That’s not Hafley skirting the question as much as it sounds like it. Sure, he could say come out and deny any interest in other jobs, but that would be dishonest. Coaches come to Ohio State for the chance to win championships and advance to the next level of their career, just like players do. Hafley has admitted he’d like to be a head coach, even when he was asked about it earlier this season.

There’s also no downside for Hafley to accept an interview that can boost his professional standing and give him more reps in that kind of situation. Plus, it’s entirely possible that he might not have interest in Boston College but could get leverage for a raise to stay with the Buckeyes and wait for a better landing spot.

It’s also important to remember that Ryan Day went through a similar process after his first season at Ohio State, interviewing with Mississippi State before ultimately deciding the best move for his career would be to stay in Columbus.

This is a recruiting column, so I won’t try to read Hafley’s mind and decipher what he’d do if offered the Boston College job. Instead, we’ll focus on what the ramifications would be for Ohio State. But even acknowledging it as an option right now seems premature.

Would Ohio State commitments like Clark Phillips, Lathan Ransom, Ryan Watts, Lejond Cavazos, Cody Simon and Cameron Martinez have some serious questions for Ryan Day that would need to be answered quickly by the Buckeyes? Yes, absolutely. 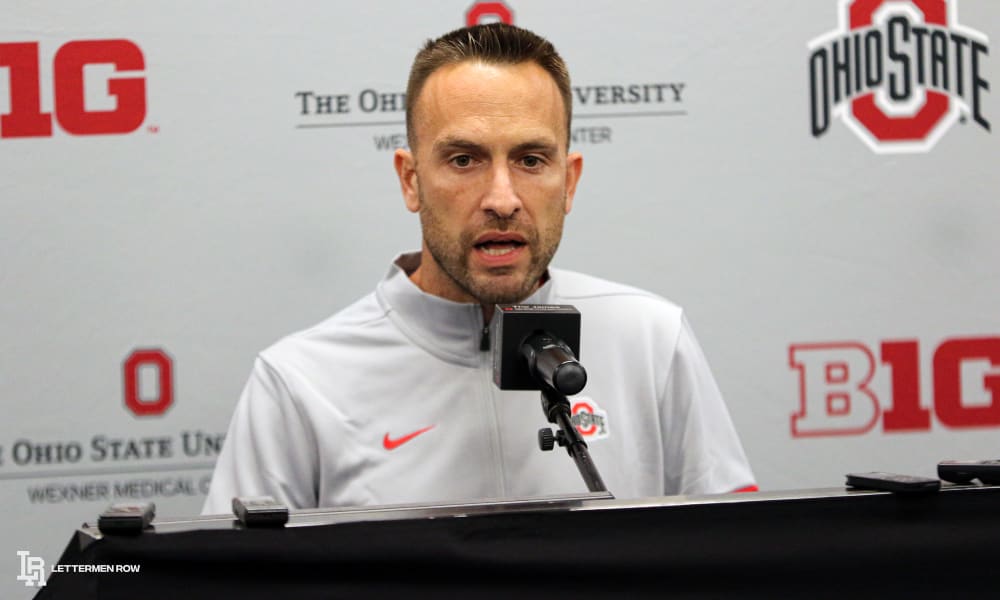 But there’s nothing being suggested anywhere that there will be a rash of decommitments if Hafley finds himself elsewhere next season.

Day and Hafley are close friends and share a high level of mutual respect for one another. Day certainly won’t stand in the way of Hafley elevating his career to the next step. But Hafley also isn’t likely to risk what the current Buckeyes have been working on all year by becoming a distraction right now or by splitting loyalties and time.

“The one thing I’d ask is to those guys that situation was to come up, make sure we finish through this finish line first,” Day said. “We made a commitment to these guys. Most people who are looking for coaches at this time would understand that, what that means.

If something happens and Hafley takes a job elsewhere, Day and his coaching staff will have to adjust — and do it quickly. Like every other test he’s faced in his time as the coach of the Buckeyes, I expect he would pass it with flying colors.

Hafley isn’t alone on the Boston College radar, and that certainly adds another reason to not go crazy when listening to the rumor mill. In fact, another coach who has been linked to the Eagles job is Ohio State linebackers coach Al Washington.

Washington is a Boston College alum, and because of that, his candidacy has to be viewed a little differently. But he’s also just 35 years old, and like Hafley, he has never been a head coach before. Unlike Hafley, though, Washington has no experience coordinating a defense, which seems to lessen the odds that a program like Boston College would turn to him now.

What about Tony Alford, Colorado State?

Buckeyes running backs coach Tony Alford is also being talked about as a primary target for Colorado State. Alford played for the Rams and once ran for 310 yards in a game there — and his love for the school isn’t a secret.

The question here is whether or not Colorado State believes the program prefers a coach who can come in to help rebuild the infrastructure — someone who has head coaching or even coordinating experience, of which Alford has neither — or someone who may come in and energize the fan and alumni base from the ground floor. Alford has been at Notre Dame and Ohio State as an assistant, and certainly those credentials combined with his Colorado State ties make him an interesting choice.

Were he offered the job in Fort Collins, it’s highly unlikely that he would turn it down. So, keep watching this one over the next few weeks. Colorado State is reportedly seeking former head coaches first, but coaching searches almost never go as intended. 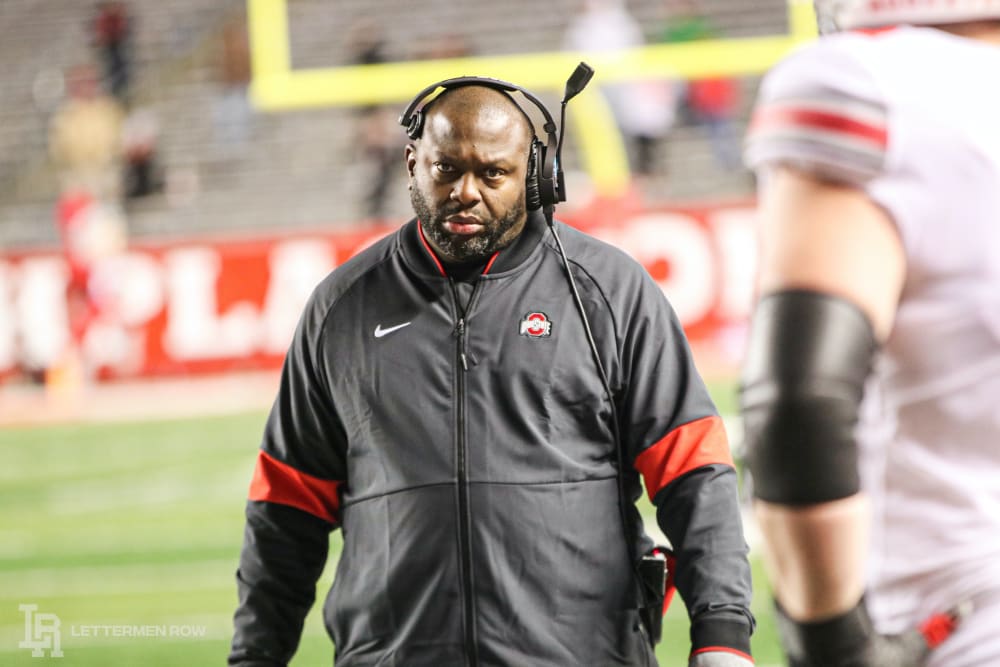 It’d be hard for Tony Alford to turn down Colorado State if he was offered the head coaching job there. (Birm/Lettermen Row)

What can Ohio State do to combat rumors?

The Buckeyes have money to spend, and though nothing is going to prevent coaches who want to be head coaches and have earned that chance from moving on, there is a definite way to deter other programs from getting their guy too easily. And by and large, Ohio State and athletic director Gene Smith have done a tremendous job investing in the assistants so that there is little incentive to leave unless it’s for a head-coaching position.

Ohio State paid Hafley just under a million dollars this season, and he would certainly be due for a raise. LSU defensive coordinator Dave Aranda and Clemson coordinator Brett Venables each make more than two million dollars annually, though the latter is a rare exception since he appears to have no interest in being more than a coordinator. Hafley has made it no secret that he would like to run his own program one day.

Hafley signed a two-year contract to coach at Ohio State. But Alford was signed for just one at $600,000. That’s pretty standard, and no Buckeyes assistant has a deal for longer than two years. Ohio State knows that its coaches are valued, and being a program that produces head coaches is another surefire sign of the overall strength of the program. That’s just tricky, sometimes, to sell to recruits who are looking for continuity and consistency.

The surest way to stop other programs from wanting to poach assistants from Ohio State is for it to stop being successful. I don’t think there will be any support for that plan, so this is simply going to be part of life for the Buckeyes moving forward.