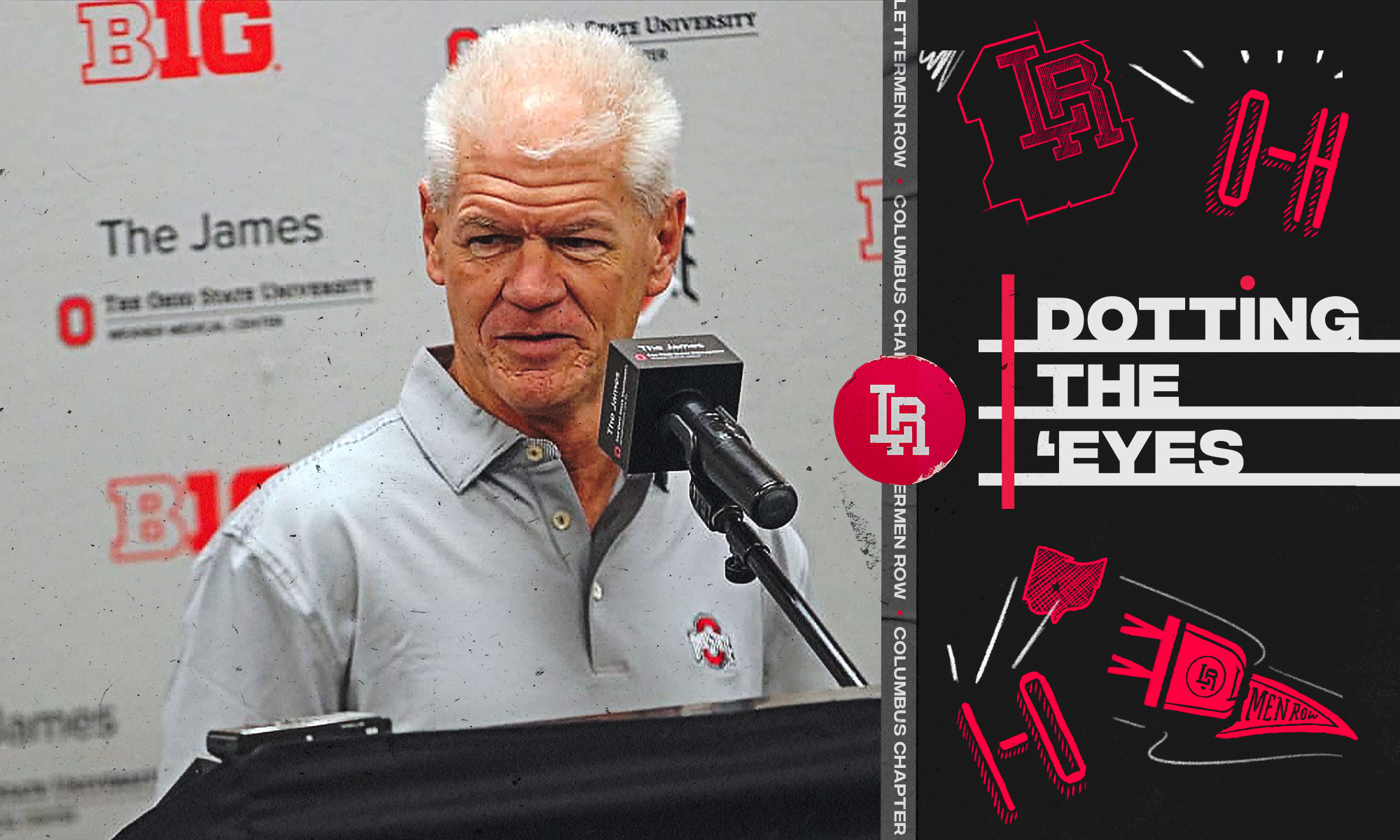 Kerry Coombs and his resume played a major role in Jordan Hancock's decision to flip from Clemson. (Birm/Lettermen Row)

Stay in touch or be left out because Ohio State recruiting is a 24-hour, seven-day-per-week obsession. What’s the latest news as the Buckeyes build for the future? Get that and more Sunday through Thursday on Lettermen Row. Today, the discussion is on the continued myth of negative recruiting and also includes a new linebacker name to know in 2022.

It’s been a week since the news that Jordan Hancock decommitted from Clemson broke, and the college football world is still abuzz with rumors and speculation as to exactly why the 4-star cornerback made that decision and ultimately flipped his commitment to Ohio State.

As with most tales from the recruiting trails, there are varying opinions of what actually happened. Those feelings invariably coincide with what team a writer covers and is almost always devoid of objectivity or rational thought. We’re all guilty of pandering to the fanbases we cover to some degree, if we’re being honest.

That said, it’s not surprising that Clemson-tinged corners of the internet have latched on to the narrative that Ohio State used “negative” recruiting tactics to undermine the Tigers hold on Hancock in its attempt to flip him. That belief is being propagated despite the fact that negative recruiting doesn’t really exist — and that Hancock himself has stated the Buckeyes did no such thing. So, what’s the motivating factor here?

Clemson is one of the country’s best football programs. Because of that, it has not experienced much losing on or off the field in the last six or seven years. Only two players — Hancock and 2021 5-star Korey Foreman — have truly decommitted from the Tigers in the last six years, and the program is highly selective of who it offers. Plus, they don’t miss much.

Dabo Swinney has won a pair of national titles and has Clemson positioned for a truly historic run in the next decade, and he has done that by playing up the underdog, disrespected role that took him from a walk-on at Alabama as a player to one of the game’s most dominant coaches. He’s good at convincing himself and others that Clemson is still a guppy in an ocean full of Alpha predators, but that’s simply not the case.

The only form of negative recruiting is lying, and the programs that lie about their competition don’t usually last long. Today’s prospects, their parents, their coaches and their surrounding circles are too tuned in, too well-connected and too aware of what’s happening around college sports to be tricked into believing things that aren’t true. The programs that lie about competitors rather than focusing on themselves and what they have to offer are quickly exposed as frauds among in those athletic circles.

For Dabo Swinney and Clemson, any negative energy that program has been forced to wade through recently is self-sabotage and has nothing to do with Ohio State. It’s folly and sour grapes to suggest otherwise. The social media onslaught Swinney has taken in recent weeks is a result of his own faux pas when it comes to handling extremely sensitive matters that impact the young men the Tigers seek to represent. If there’s an influx of concern regarding those issues from Clemson players and recruits, it’s on that program to handle it and diffuse it. If the Buckeyes coaching staff went after Clemson on those topics with Hancock and his family — and they didn’t — why wouldn’t they have done the same with Barrett Carter, his best friend and teammate and major Ohio State target?

Ohio State’s long-standing relationship with Hancock, his best by far before and during his time as a Tigers comittment, is why he flipped. The Buckeyes developing 50-percent more NFL first-round picks in the defensive backfield than any other program in the last 15 years is why he flipped from Clemson.

Anything else is sour grapes. 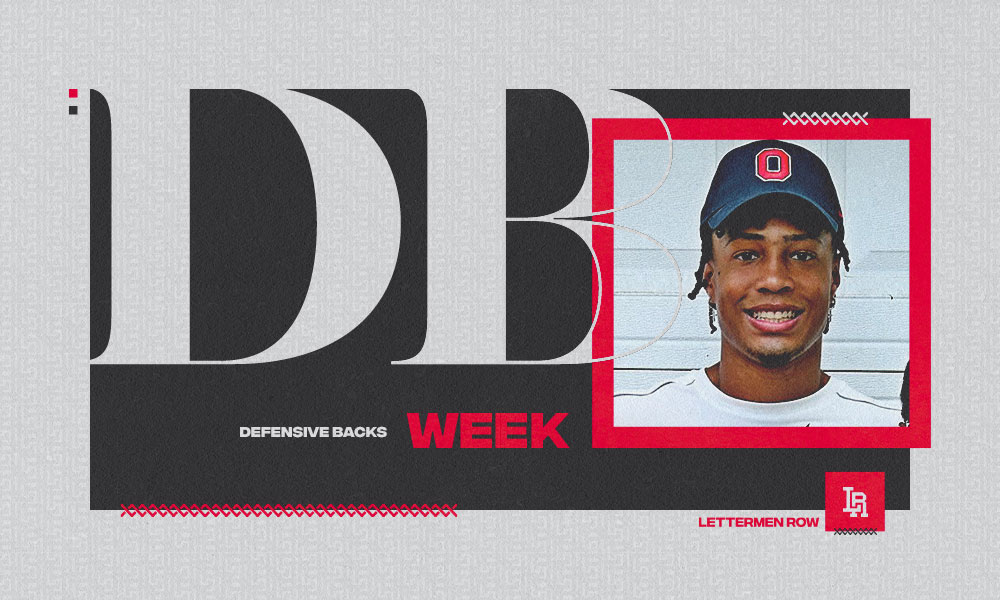 The Buckeyes have one early commitment in the secondary for 2022, and that group is likely to be a smaller class for Kerry Coombs. So, there are not a lot of names that warrant paying too much attention to right now, especially until the NCAA allows campus visits again — but Will Johnson from Gross Pointe (Mich.) South High School is definitely one of them.

Johnson’s father Deon played at Michigan, as we’ve detailed previously on Lettermen Row. Offered by the Buckeyes in April, the 5-star prospect hasn’t been on campus yet at Ohio State, but the conversation has remained consistent with Coombs since then.

“I’ve been able to talk to Coach Coombs,” Johnson said. “We’ve been talking about every week still.”

Coombs has a very good reputation inside of Michigan, and Johnson’s long frame make him a prototypical athlete that Ohio State looks for at the position. Getting the country’s No. 3-ranked cornerback on campus as soon as possible is a priority for the Buckeyes.

Last week was Linebackers Week at Lettermen Row, but this week the Buckeyes have begun reaching out to a new 2022 linebacker prospect.

“He wanted to introduce himself and told me how much he like my film and ability,” Perkins told Lettermen Row. “We talked on Sunday night.”

That timeline is of note here, because it was on Sunday that Perkins, ranked as the No. 16 outside linebacker in America, saw his recruiting profile getting a little bump after running a sub-4.5 in the 40-yard-dash at the UCReport.com combine in Oklahoma. There’s no Ohio State offer yet, but Perkins certainly has the program’s attention.

“Ohio State is one of those dream programs,” Perkins said. “As a kid, I think every prospect has dreamed of themselves either being at Ohio State or rooted for them. I don’t know much about Ohio State yet, but I’ve heard Columbus is a great city.”

The list of options for Al Washington and Ohio State keeps growing, and with a need for four or five linebackers in the 2022 cycle, Harold Perkins is worth keeping a close eye on.