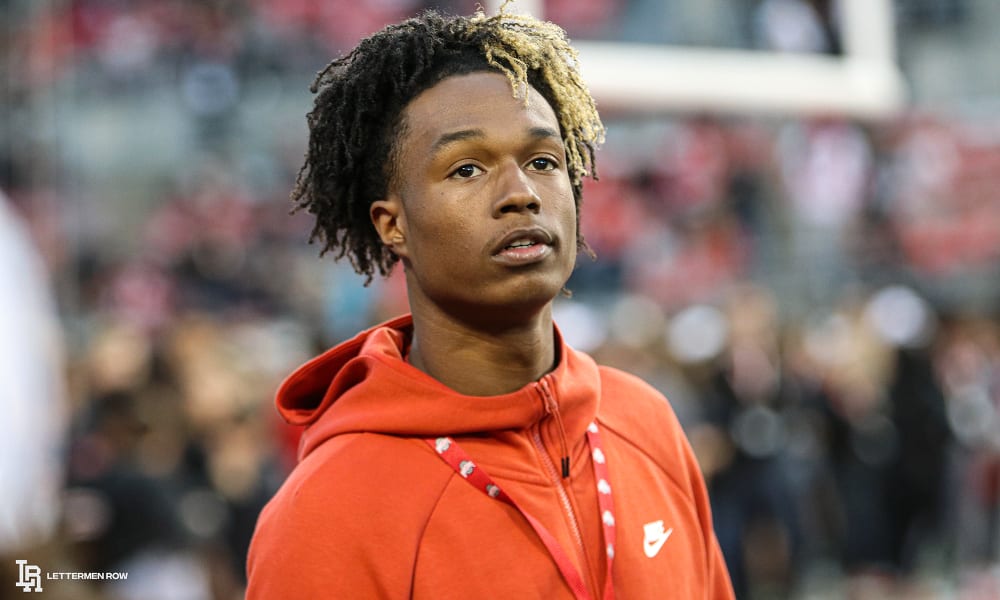 Have a question about Ohio State recruiting? This is the place for you, five days a week. Submit your questions on Twitter or on the Lettermen Row forums. Check-in daily to see what’s on the mind of Buckeyes fans all over the country. Today’s question is about in-state recruiting for Ohio State and which players are candidates to earn a Buckeyes offer if they decide to camp in Columbus this summer.

Coach Johnson has 2 big recruits in 21 cycle. What the Chance we get 2 more big names! Does Coach Alford quiet his critics! Any names we should know that aren't highly rated at the moment in Ohio

There are a few things to explore here, but we’re going to look ahead into the summer months and give a prediction for what could happen when it comes to in-state recruiting in the Class of 2021.

Six of Ohio State’s 10 current commitments are from Ohio. And while there are three standing offers in the state with Corey Kiner, Najee Story and A.J. Kirk, there are also a handful of relatively unknown junior prospects who could be in line for an Ohio State offer if they decide to go to Columbus and compete for it this June.

Some of the names I’m about to list have been talked about here on Lettermen Row, while a few have not. This is not a be-all, end-all list, but it’s a good starting point for some of the state’s more interesting, currently unoffered prospects.

Which prospects in Ohio are we still paying close attention to? Here are five of those names.

Darryl Peterson, Akron Archbishop Hoban, Outside Linebacker: Alabama has offered the 6-foot-3, 235-pound Peterson, a defensive end/outside linebacker prospect for the Knights. Peterson recorded 21 sacks as a junior, a new Hoban record, and he is the No. 13-ranked player in Ohio according to the 247Sports.com composite rankings. Framewise, Peterson is likely to develop into a defensive end prospect all the way, and that’s a position of need for the Buckeyes in 2021.

Devonta Smith, Cincinnati La Salle, Cornerback: The need for cornerbacks in the Class of 2021 is obvious, and with Kerry Coombs back in the saddle for Ohio State, it seems perhaps too obvious to immediately turn to Cincinnati prospects. But Devonta Smith stands on his own merits. He has 21 offers already, including a recent one from Notre Dame, while Penn State, Tennessee, Oklahoma and more have been on the table. At 5-foot-11, 170-pounds, Smith certainly needs to develop physically, but he has an excellent ability to flip his hips in coverage and has above-average ball skills. The Buckeyes are recruiting a handful of big-time, nationally-ranked cornerbacks — and Smith, who is the No. 28-ranked cornerback in the country, could work himself into the conversation if he waits until the summer to make a college decision.

Jack Pugh, Hilliard Bradley, Tight End: The Buckeyes do have a tight end commitment from Sam Hart in the Class of 2021, but it’s no secret that they want a second. With a nationally-known prospect already in the fold, it could be a challenge landing another big-name player at the position. Would Ohio’s No. 15 prospect and the country’s No. 16-ranked tight end be more receptive? Probably. Pugh has 15 offers and has talked about visiting Ohio State in March, so the relationship is building. His current plan involves a June commitment, so if he’s interested in landing an offer, he may need to push that back just a bit in order to perform at an Ohio State one-day camp this summer.

Jamarius Dinkins, Walnut Ridge, Defensive Line: Dinkins camped at Ohio State last summer, and the country’s No. 31-ranked strongside defensive end was impressive enough to earn some one-on-one time with Larry Johnson because of it. At 6-foot-6 and 245-pounds, Dinkins is the prototypical size for a Big Ten defensive lineman and possesses a unique athleticism for his size, though he is still very raw technique-wise. The Buckeyes will need multiple defensive linemen in the Class of 2021, and if they’re looking for a diamond in the proverbial rough, the state’s No. 17-ranked prospect could be a prime candidate for that spot.

Andrew Wilson-Lamp, Massillon Washington, Athlete: Every class needs a special athlete capable of playing multiple positions, and there may be nobody in Ohio better suited for that role in the Class of 2021 than Massillon’s Andrew Wilson-Lamp. The 6-foot-3, 175-pound athlete primarily lines up opposite of Buckeyes commitment Jayden Ballard at wide receiver for the Tigers, but some schools see him as a defensive back prospect instead. He’s visited Ohio State multiple times, but because of uncertainty around his best position, the relationship hasn’t progressed much. The question now since Wilson-Lamp recently committed to West Virginia is whether or not it will ever progress. But the answer is going to be up to the player himself. If he wants to earn a Buckeyes offer — and he is undoubtedly one of the premier athletes in Ohio — he’ll almost certainly need to show up in June and put on a show.