Malik Spencer is a talented athlete who is committed to Michigan State. (Birm/Lettermen Row)

COLUMBUS — Ohio State lost a commitment in the Class of 2022 over the weekend.

Dasan McCullough, a top-50 prospect who could be a linebacker or hybrid safety at the next level, flipped his verbal from the Buckeyes to Indiana. That decision came on the heels of Dasan’s two brothers, Deland II and Daeh, deciding to play for the Hoosiers where their father Deland is the associate head coach.

It’s an understandable but difficult pill for the Buckeyes to swallow.

But in the world of college football recruiting, adaptation is the name of the game. Even one of the country’s premier programs but even they aren’t protected from the whims of today’s teenagers. That’s especially true for those who have strong family reasons to make such a tough decision. 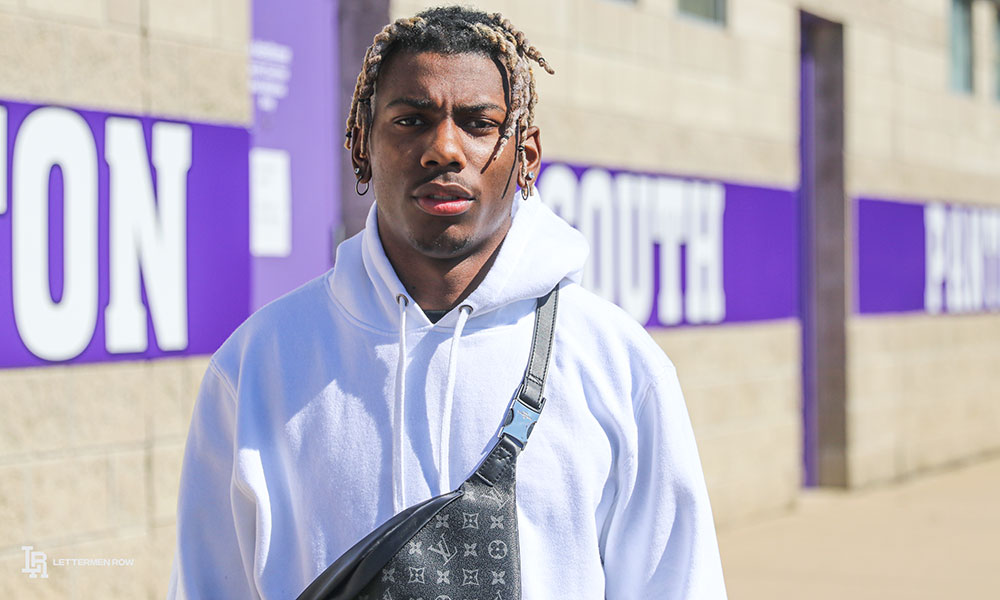 Either way, Ohio State has to move on — and that has already begun.

New names are popping up on the recruiting trail, and familiar names are being talked about once more. Though a decommitment is never good, the timing of McCullough’s departure could be worse. It does provide the Buckeyes a chance to get back to the drawing board without needing to rush into any decisions. There will be plenty of chances to see new prospects, and with June evaluation periods coming, there will be more than enough time to replace Dasan McCullough in the 2022 recruiting class.

Ohio State has to replace him as a class leader, too. That, in some ways, could be the biggest challenge. But could it come as a result of some current commitments filling the gap and becoming more vocal?

Lettermen Row recruiting analyst Jeremy Birmingham and co-host Spencer Holbrook are talking stuff about those items and more in the latest recruiting podcast from Lettermen Row.