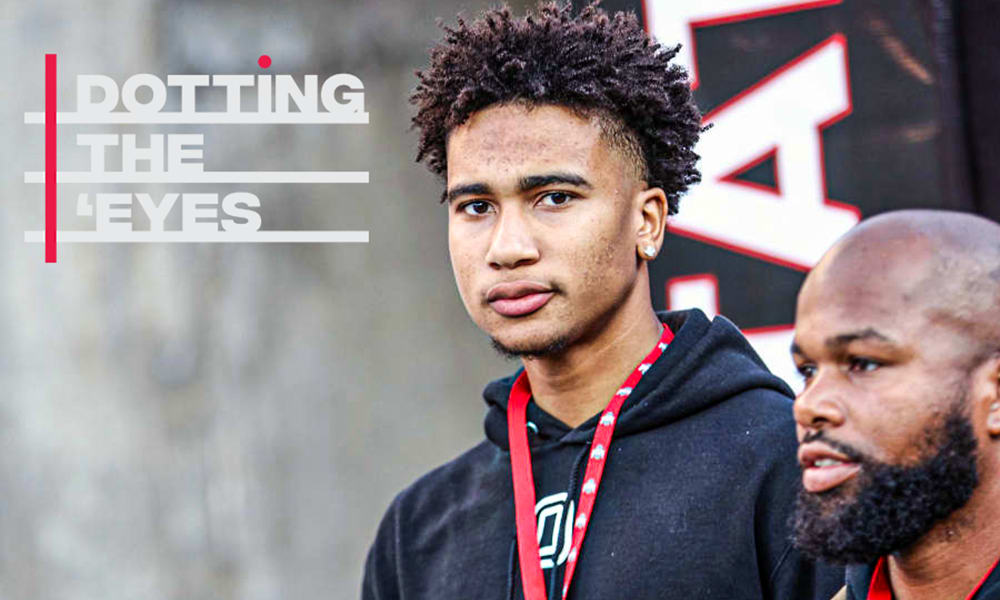 Ohio State hosted C.J. Stroud for an unofficial visit, and two days later he announced an offer from the Buckeyes. (Birm/Lettermen Row)

Stay in touch or be left out because Ohio State recruiting is a 24-hour, seven-day-per-week obsession. What’s the latest news as the Buckeyes build for the future? Get that and more Sunday through Thursday on Lettermen Row. Wednesday’s notebook is about the quarterback position now that Ohio State has officially offered C.J. Stroud.

The offer from the Buckeyes had actually come a few weeks earlier. But Stroud, as he did with an offer from Oregon months ago, didn’t want to rush to social media to promote it.

Stroud has skyrocketed up the national charts and is now the second-ranked pro-style quarterback according to 247Sports.com, thanks in part to a big summer that saw him walk away from the Elite 11 as this year’s winner. It was that competition that opened the eyes of observers, and it’s also what captured the attention of Ohio State and coach Ryan Day.

So what happens from here between Stroud and the Buckeyes? That’s kind of the million-dollar question.

The expectation is that Stroud will return to Ohio State for an official visit in November. What game that ends up being is up in the air, but there are only two home games on the slate then to pick from, so expect the 6-foot-3, 195-pound quarterback to be at one of those. He’ll also take official visits elsewhere, and Oregon and Baylor are two schools that have been closely linked to Stroud for months — so they’re likely to land official visits.

This offer is big for Stroud and big for the Buckeyes. But it’s not a case where a quick decision is expected. 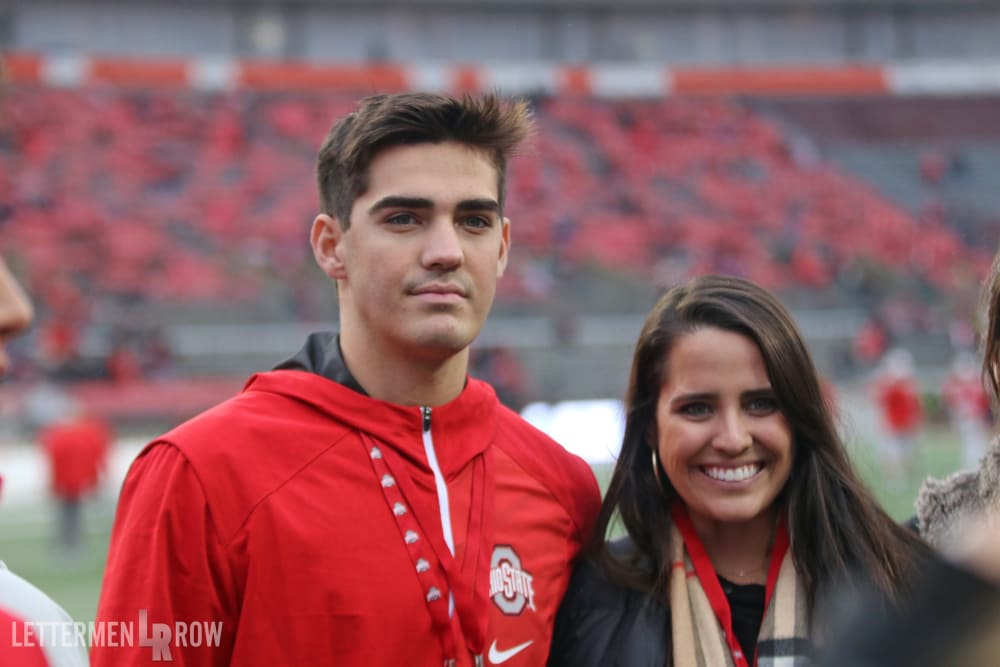 Ohio State quarterback commit Jack Miller has been steadfast in his pledge to the Buckeyes. (Birm/Lettermen Row)

What does it mean for Ohio State, Jack Miller?

As soon as Stroud hit send on his tweet late Tuesday night, the questions began to roll in about how the offer will impact Ohio State 2020 commitment Jack Miller.

We’ve talked about this here on Lettermen Row all the way back to at least April, because it’s been no secret that the Buckeyes were likely looking to add another quarterback in this class. At that time, Miller was adamant that no matter who was targeted as a potential complement to him in the class, he wasn’t going anywhere.

“I don’t really care who they bring in,” Miller said then. “I will compete with anybody.”

In recruiting, there are a lot of times when things get said that aren’t really meant — or at least they’re said with an asterisk of sorts: Unless things change.

Things are changing for the Buckeyes and Miller, because now the young Scottsdale (Ariz.) quarterback knows exactly who he’s being asked to compete against. Will that change his mind?

Anything is possible, but after speaking with Miller and his family a lot over the last two-plus years, it’s clear that his preference is to suit up for the Buckeyes. That’s where he has insisted he wants to be. There is no guarantee that Stroud accepts the Ohio State offer, of course, and there’s no guarantee that Miller himself doesn’t decide to take an official visit or two elsewhere just to have options on the table.

Ohio State has been upfront with the Miller family about their intentions, and the family has reciprocated with the same courtesy. I don’t think that will change no matter what happens from this point. The fact that Stroud will take some time to sort out his options provides all parties a chance to do the same and to talk about what happens from here.

Bottom line? I believe Miller wants to play at Ohio State and the offer to Stroud will not change that. If anything, it may serve as a motivator for him moving forward.

Are there still other quarterbacks on Ohio State radar?

If Stroud decides he wants to accept the Ohio State offer and Miller stays committed as he’s suggested he will, then there will be nothing more to see or talk about at quarterback in 2020.

But what if Stroud commits to the Buckeyes and Miller opts for another opportunity where he’s the lone quarterback in a class? Things could get complicated for Ohio State once again, and Day program will have to once more decide if it makes more sense to recruit another high school senior or turn his attention to the postseason transfer portal and take his chances on the open market.

Ohio State is a quarterback haven right now. That means the Buckeyes could open most doors around the country if they tried, but there are only a few names floating around currently worth paying attention to in this hypothetical situation.

One of those names has been discussed here a few times, and that’s North Texas commitment Kade Renfro. He’s a 6-foot-4, 190-pound quarterback who camped at Ohio State over the summer. He was really impressive and has stayed in contact with the Buckeyes. Sometimes it feels like Ohio State, Florida State and other big-time programs of that ilk are holding off on Renfro in an attempt to not turn the attention of others toward him.

We talked about Hawaii standout Jayden de Laura a week ago, but then he committed to Washington State. That doesn’t mean the Buckeyes would back off of him if the need to extend an offer came about, though. It just probably lowers the odds of him accepting.

There’s another quarterback that we mentioned here way back in June of 2018, just weeks after Lettermen Row first launched, and that’s Logan Smothers from Athens (Ala.) Muscle Shoals High School. The note about Smothers was tucked into the bottom of that Friday Night Lights story, a story that focused on Dwan Mathis, Brian Maurer and Jack Miller, but it’s worth a repost here:

Athens, Alabama 2020 quarterback Logan Smothers was a revelation to the Ohio State coaching staff, with one staffer describing him as the “best athlete at quarterback in the country” for 2020. He has an offer from Nebraska, who worked hard to earn an early commitment before his recruitment started to gain national traction. They may be too late.

Smothers did commit to Nebraska shortly after that camp performance, but the Buckeyes have always maintained interest and have kept the conversation going with the 6-foot-2, 190-pound quarterback. I wouldn’t expect that the talks with Smothers would advance to the next stage unless an offer is extended, but he’s a very intriguing player worth monitoring in the event that things go haywire.