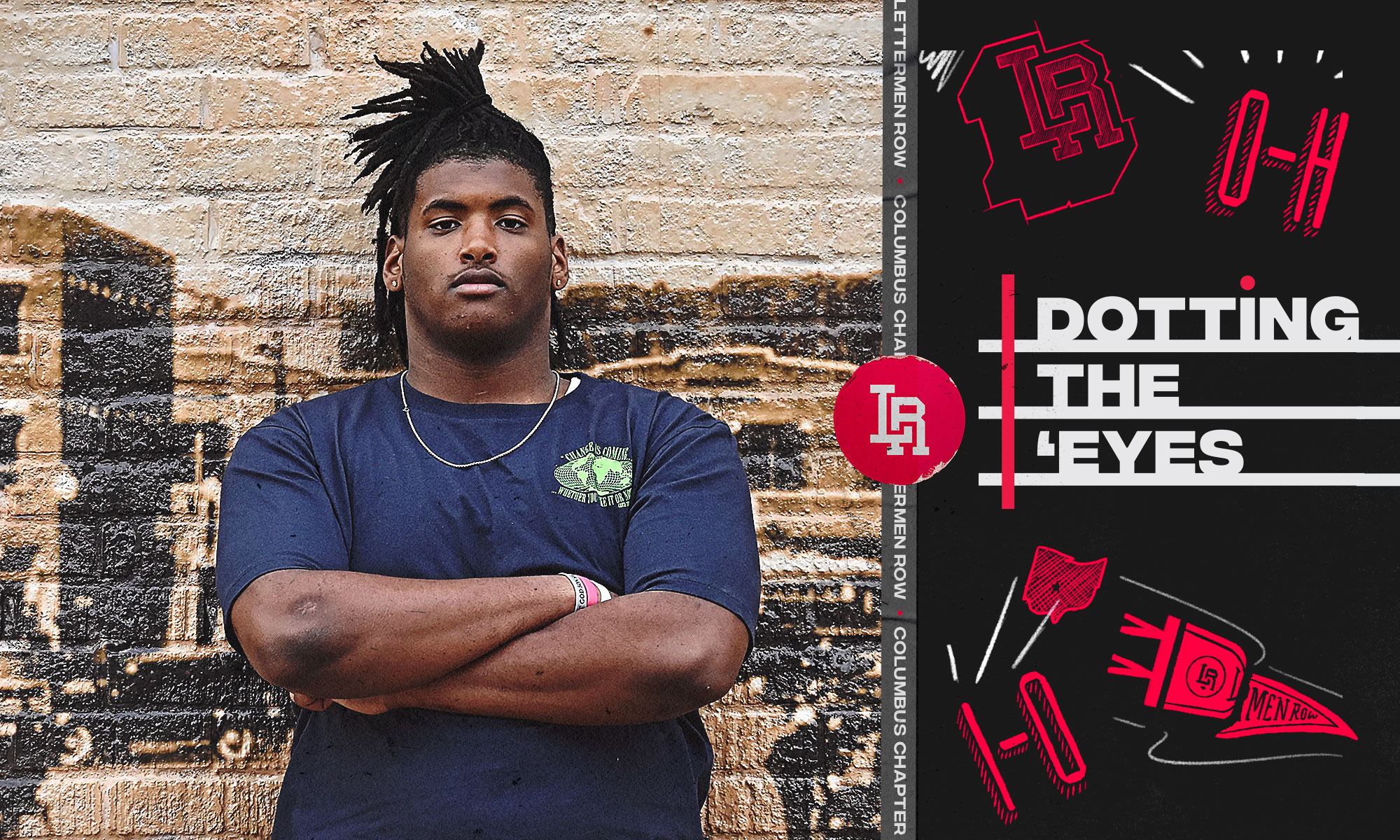 Stay in touch or be left out because Ohio State recruiting is a 24-hour, seven-day-per-week obsession. What’s the latest news as the Buckeyes build for the future? Get that and more Sunday through Thursday on Lettermen Row. Today we’re updating the latest with a handful of recruits that have recently set official visits to Ohio State.

The visit will take place the last weekend of June and McClellan will head to town with his mother, father and younger brother.

That weekend, like every weekend in June, is turning into a pretty big one for the Buckeyes. McClellan, the country’s No. 19-ranked defensive tackle, also reconnected with Larry Johnson on Thursday night, continuing to build a relationship he’s been wanting since the eighth grade.

“In my eighth grade year,” McClellan told Lettermen Row last month. “I told myself that I was going to work hard enough to have a chance to play at Ohio State for Coach Johnson one day.”

Curtis Neal gets NFL recommendation in recent call with Buckeyes

Another recent offer along the defensive line in the Class of 2022, Curtis Neal from North Carolina, was on a video call with Ohio State this week. He linked up with Ryan Day and Larry Johnson on Tuesday.

“We’ve been talking every day,” the 4-star defensive tackle told Lettermen Row. “And I did a Zoom call with Coach Day, Coach LJ and Coach [Kerry] Coombs on Tuesday. We went over academics.”

“Coach Day talked about how Greg Olsen came to him about me,” Evans said. “He told him how special of a player I was. He was on the sideline for our game against Vance. His brother is our offensive coordinator. He said I played the best game he’s ever seen a high school player play.”

For months we’ve talked about a quartet of defensive backs that Ohio State has targeted as the most likely prospects to join J’yaire Brown and Jaheim Singletary in Columbus.

That group is Xavier Nwankpa, Zion Branch, Toriano Pride and Ryan Turner. Each of them has an official visit already scheduled for June and will remain at the top of the “big board” until they make a college decision.

That doesn’t mean no other players can work their way onto that list. As spring football occurs and junior films get seen, new players have begun to garner more and more of the Buckeyes attention. Two of them announced their own official visits to Ohio State on Thursday, another one had a Zoom call with the Buckeyes.

New Jersey star Jayden Bellamy announced his official visit. He was offered by Ohio State in late March and has continued to grow his relationship with Matt Barnes and the Buckeyes. That announcement came just hours after Bellamy added Clemson to his growing offer list. The country’s No. 39-ranked corner also picked up an offer from LSU on Wednesday, and he’s sure to see a significant rankings bump in the near future.

Kamari Ramsey, the country’s No. 8-ranked safety, also set his official visit. He’ll be in Columbus over the weekend of June 21-23. He’s been recruited the longest by Barnes to this point of almost any defensive back in the class but being incapable of visiting prior to this summer has kept things somewhat distant. Still, he’s a very real target for Ohio State especially if the Buckeyes are unable to land both Nwankpa and Branch.

Though he’s not set up an official visit yet to Ohio State, things are picking up between the Buckeyes and Sherrod Covil. The country’s No. 11-ranked safety may have the “best” film of any of the new names and he’s the most recent offer. Thursday night he had a Zoom call with the Ohio State coaching staff.

“I spoke with Coach Day, the strength and conditioning coach, and a few more recruiting coordinators,” Covil said. “It was great. We had very good conversation.”

We’ve said it over and over, but recruiting is really just starting for 2022. No visits and late evaluations will keep plenty of new names popping up. The top of the board names aren’t changing, but they may have some company soon.

To wrap up this edition of Dotting the ‘Eyes, three more 2022 standouts set official visits to Ohio State.

The first two are from Texas, and they play the same position.

Kam Dewberry, a 4-star tackle from Atascocita (Humble) High School, will be in town from June 25-27. He recently announced a final five schools that included Ohio State, Texas A&M, Texas, Oklahoma and Alabama.

Duncanville is a high school the Buckeyes are trying hard to get involved in and making a push for Jaylen Early would be a good place to start. The 6-foot-5, 290-pound guard will be in Columbus June 11-13. He’s the country’s No. 9-ranked guard and a teammate of major 2022 target Omari Abor. Early has 31 scholarship offers and only has one other official visit — to Florida State — scheduled.

Finally, Wilfredo Aybar also set up his official visit to Ohio State. That trip will be June 11-13. Aybar is the No. 7-ranked weak side defensive end and plays multiple spots at the Cheshire (Conn.) Academy. The 6-foot-4, 240-pound Aybar has 23 offers but we’ve not talked about him here since August of 2019 when he first appeared as a national recruit. Aybar is an intriguing player and someone who could really benefit from a camp setting with Larry Johnson.