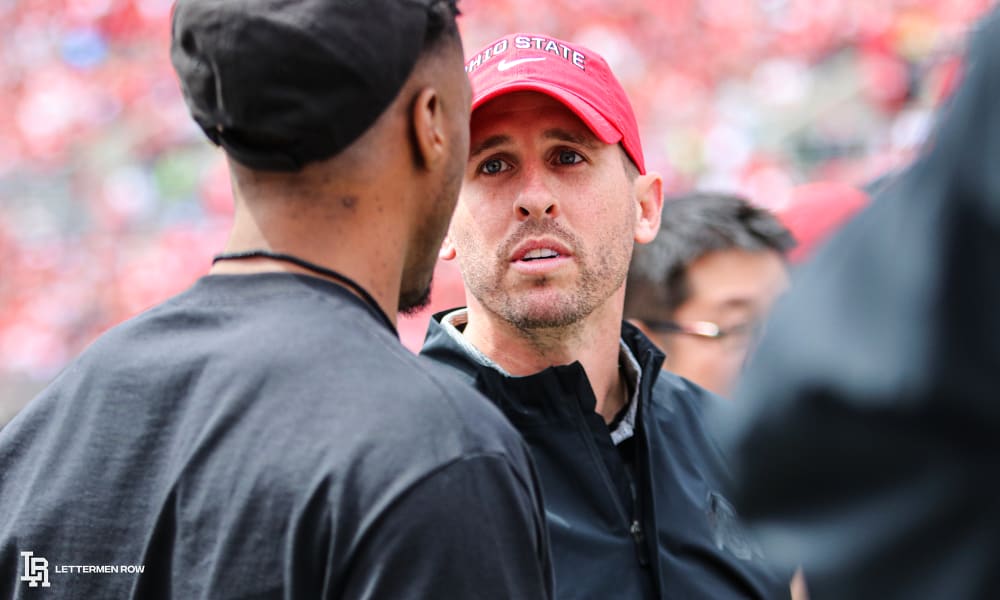 Ohio State assistant Brian Hartline has become one of the country's top recruiters in a hurry. (Birm/Lettermen Row)

COLUMBUS — One of the first recruiting calls Brian Hartline made after his promotion as a full-time wide receivers coach at Ohio State was to a 5-foot-9, 185-pound receiver from Kentucky.

Wan’Dale Robinson had been, for the most part, left alone by the Buckeyes in the months leading up to that unexpected coaching change in the summer of 2018. But when Hartline had the chance to go after guys he liked, Robinson was on the very short list of players he wanted to complement Garrett Wilson and Jameson Williams, who had not yet committed to the Buckeyes but felt like a sure thing to do so.

Despite a valiant effort to get Ohio State back into the conversation, Robinson picked Kentucky, then flipped to Nebraska even after taking an official visit to Columbus.

It was the recruitment of Robinson that quickly taught Hartline the cold hard truth about recruiting. Even at a football blue blood like Ohio State, time simply can’t be beat.

“I think that it happened so quickly, and it taught me how important time is,” Hartline told Lettermen Row. “If you don’t spend time in the relationship, building it, it’s almost impossible to make it up.”

The value of relationships in the recruiting game is nothing new. The decision for a player to commit to any school is one that usually comes from months, and in some cases, years of relationship building. It’s a choice made based on comfort with a city, a campus — and, perhaps most importantly, with a coach.

For Hartline and Robinson, the turmoil around the Buckeyes at the time and the lack of time was the death knell.

“Getting to know these guys early and spending time with them so they really can know me is invaluable,” Hartline said. “Based on where I was, my position, the situation we were in, I felt like it was just lost time. It’s important.”

Hartline took that lesson to heart.

Currently ranked as the country’s second-best recruiter and the Big Ten’s best, the 32-year-old rising star in the profession hasn’t missed on anyone since Robinson initially chose Kentucky last October. It took all of one visit to Columbus and one real, in-person meeting with Hartline to land the second-ranked receiver in Texas (Jaxon Smith-Njigba) and the top-ranked receiver in Washington (Gee Scott) within two months of Robinson’s decision. 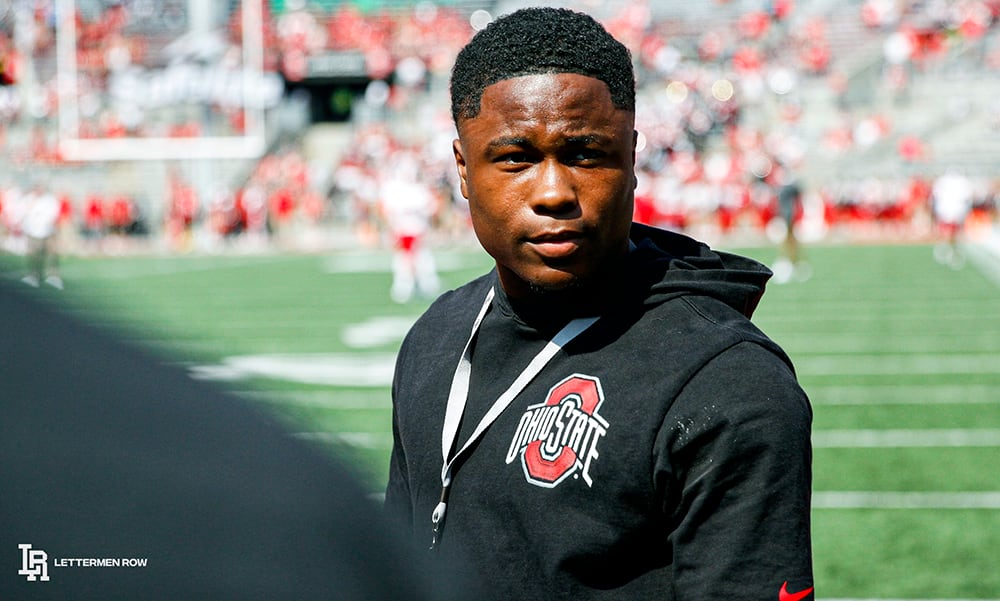 Now in his second season as the Buckeyes receivers coach, Hartline isn’t reinventing the wheel. He’s just focusing on doing what he loves, and the results and relationships are coming naturally from that. He’s dismissed the notion that he’s a good recruiter in the past. And in fact, he’s bothered by the label.

“The big thing that rubs me the wrong way is being labeled as a good recruiter,” Hartline told Doug Lesmerises of Cleveland.com in the spring. “I don’t even know what that means. To me, these guys aren’t like cars, they aren’t things you own, they aren’t objects.”

The desire to win, though, is real for Hartline. And he knows that starts by recruiting great young people, and he feels honored by the chance to do it. That’s why the relationships with guys like Scott, Smith-Njigba, Julian Fleming and Mookie Cooper were in place and would be in place even if those players picked other schools.

“Culture is everything — there are a lot of really good football players out there, but if they don’t fit our culture, they can’t fit in our room,” Hartline said. “We’re finding good players, but they’re guys that fit who we are. You don’t always recruit how for how it will work out, I recruit guys because I believe in who they are and what they can do.

“I do it because I think it’s a guy that I could coach one day. But in the end, what if they end up elsewhere? I recruit guys because I enjoy talking to young athletes and helping them get to where they can reach their dreams. How can I help them? I can still help them in other ways, not just as their college coach.”

A year after losing Wan’Dale Robinson, Buckeyes commitment Mookie Cooper made his official visit to Ohio State. A dynamic slot receiver in the mold of Robinson and Purdue sensation Rondale Moore, Cooper is a former Texas commit was targeted by Ohio State early despite no real certainty about how they’d have room in the Class of 2020 for him. The energy and effort to grow the relationship never waved even when there was no clear path to his commitment.