Connect with us
Ohio State target Beaux Collins isn't fully comfortable being in the recruiting spotlight yet. (Birm/Lettermen Row)

Ohio State football recruiting can be a wild ride full of twists and turns as recruits from all over the country maneuver their way to signing day. Lettermen Row is here to help navigate the tumultuous roads by getting to the heart of the matter with the young football players themselves. Birminology shows who the young men being recruited by Ohio State truly are — by talking to them. Today’s guest is 2021 5-star wide receiver Beaux Collins, a top target for Ohio State and receivers coach Brian Hartline.

BELLFLOWER, Calif. — Ohio State is recruiting wide receivers better than anyone in the country, and a big reason for that is position coach Brian Hartline.

The energetic receivers coach in his second full-year with the Buckeyes has found a unique knack for connecting with the players he thinks can fit the room in Columbus, identifying the characteristics he likes early and prioritizing them from Day One to Signing Day. 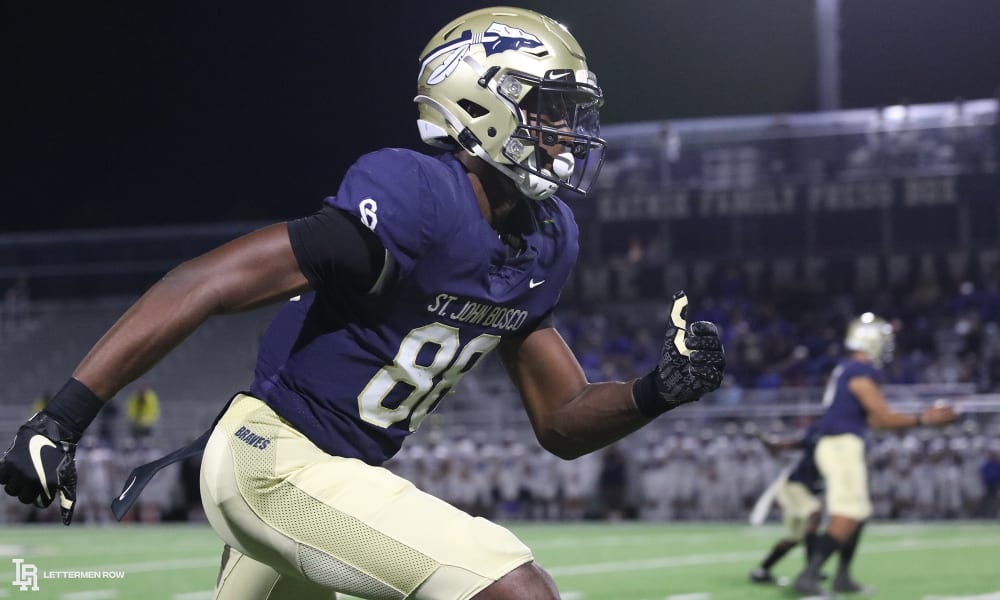 Beaux Collins is one of those receivers, and though the 6-foot-3, 190-pound receiver isn’t yet used to being in the recruiting spotlight, he doesn’t deny that the relationship between him and Hartline is special. It’s a bond that started midway through his sophomore season, has accelerated through his junior season and shows no signs of slowing down for Collins.

But is it enough to bring the country’s second-ranked receiver prospect to Columbus as a future member of the famed Zone 6 unit at Ohio State? That’s what Hartline and the Buckeyes are hoping.

Is Beaux Collins ready to name leaders in his recruitment? What does the recent decision from Marvin Harrison, Jr. do to the odds of him ending up playing for Ohio State? What’s his preferred timeline for a recruiting decision? Find out those answers and a lot more in this week’s edition of Birminology on Lettermen Row.