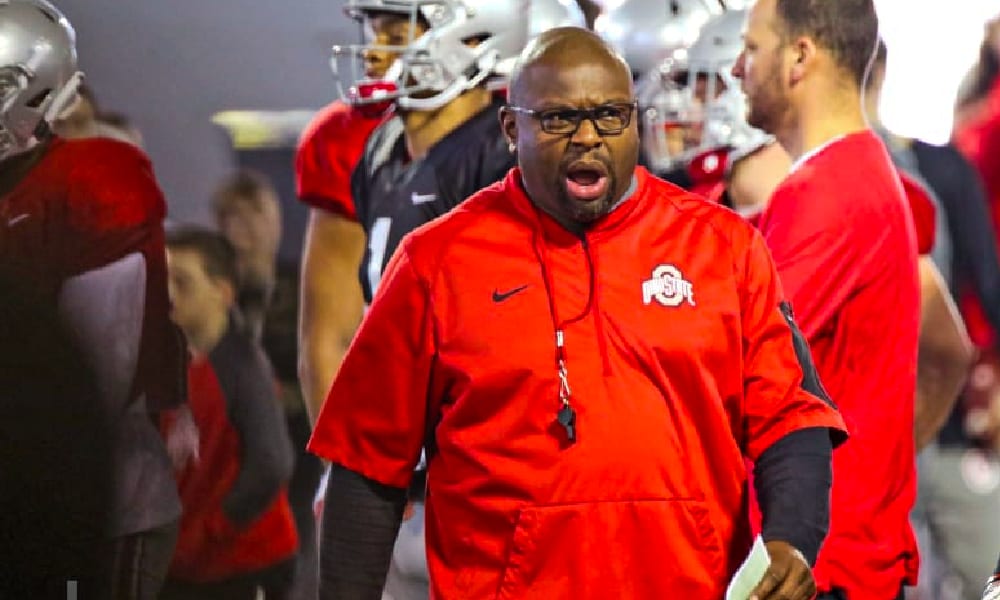 Have a question about Ohio State recruiting? This is the place for you, five days a week. Submit your questions on Twitter or on the Lettermen Row forums. Check-in daily to see what’s on the mind of Buckeyes fans all over the country. Tuesday’s question is about the 2020 running back situation and what kind of opportunity there is for Ohio State flip a back committed elsewhere.

Any chance of osu getting back in the race with Milton? Also with the mess going on in Tallahassee and Miami any chance knighton flips to osu?

The Ohio State running back situation is definitely this recruiting cycle’s white whale, and it’s easy to understand why. Sometimes I wonder what we’d talk about in this column if Bijan Robinson and Jaylan Knighton hadn’t changed their minds in July and spurned Ohio State in the manner they did.

But I digress. Those players did spurn the Buckeyes, and the search for a tailback or two continues — or not, according to Ryan Day — and now we sit in the fall evaluation period wondering where Ohio State is going to turn.

Many folks have watched the first two weeks of the season and seen Florida State struggle and wondered if the program is going to be able to hang on to Knighton, the country’s third-ranked all-purpose back. The way I see it is if Knighton chose to commit to Florida State over Ohio State when he did, he likely was searching for a reason to stay closer to home. I don’t think that’s going to change even if Willie Taggert and his entire coaching staff were launched into the great unknown of unemployed coaches.

There has been some light communication in recent weeks between Knighton and the Buckeyes. It’s hard to see that going anywhere right now, though it is definitely worth noting. Still, when he made his official visit to Ohio State in June, most believed it was actually Miami competing with the Buckeyes for his eventual signature. The Hurricanes are probably more in line to wind up the benefactor of a flip here more than Ohio State if something were to go awry.

Others have noticed D’Andre Swift and Zamir White at Georgia and also heard rumors that 5-star 2020 tailback Zach Evans is favoring the Bulldogs. That has created curiosity about whether Buchanan (Clovis, Calif.) High School standout Kendall Milton would consider looking around. He’s not shown any indication of that happening, and I’d be surprised if it did, whether Evans ends up joining him in Athens or not. I don’t think he will when it’s all said and done anyway.

And it’s also very unlikely that Bijan Robinson ends up anywhere other than Texas. But if he does, it’s much more likely to be USC than Ohio State.

Yes, a number of the Buckeyes top targets at running back are committed elsewhere. If there’s going to be a flip in Ohio State’s direction, it’s much more likely to occur from a player like Georgia Tech verbal Jahmyr Gibbs — offered last week — or someone like Columbus (Miami) High School standout Henry Parrish, who is still waiting on a scholarship offer from Day.

Gibbs and Parrish may not have the same sizzle that Bijan Robinson and Jaylan Knighton had. But the Buckeyes are going to sign a running back or two, and they need to fit program and be capable of being a contributor early in their careers.

Remember Marcus Crowley wasn’t offered by the Buckeyes last year until Oct. 11 and flipped his commitment from Miami to Ohio State just three weeks later. There’s still plenty of time to find the right guys in the Class of 2020, and we’re not even talking in this column about uncommitted players like Tre Bradford, E.J. Smith and others.