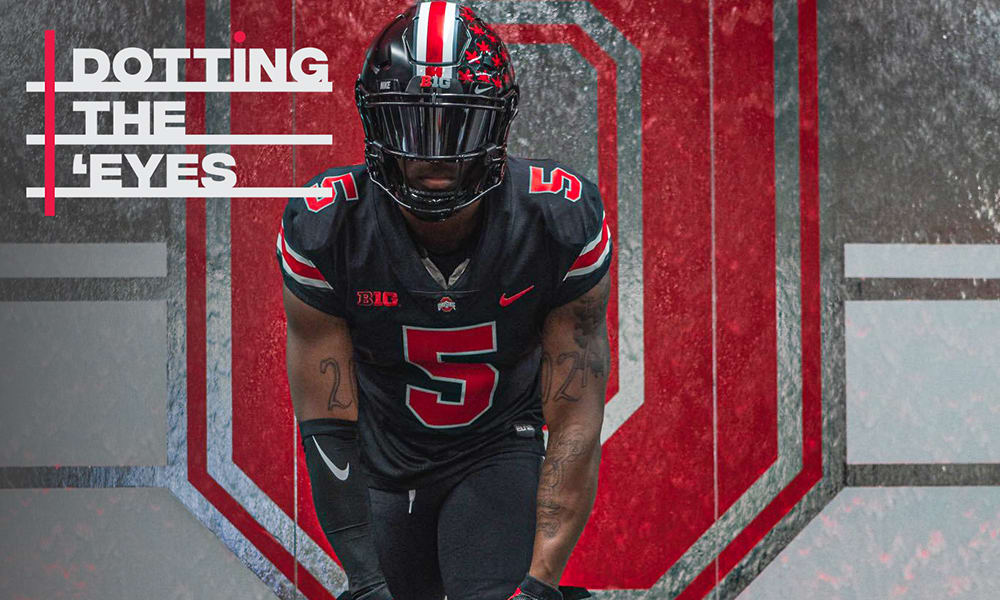 Stay in touch or be left out because Ohio State recruiting is a 24-hour, seven-day-per-week obsession. What’s the latest news as the Buckeyes build for the future? Get that and more Sunday through Thursday on Lettermen Row. Thursday’s notebook has an update on Buckeyes commitment Mookie Cooper and highlights a new running back name to know in the Class of 2020.

Early this week, rumblings began to emanate from St. Louis that something was awry with Ohio State commitment Mookie Cooper and his standing at powerhouse program Trinity Catholic.

Before letting the imagination run wild, understand that there’s been no hint of trouble or any insinuation that Cooper, the country’s 75th-ranked overall prospect, was doing anything wrong. His recruitment is not up in the air, and his commitment-status is not in peril.

What is in jeopardy, however, is his senior season of high school football. On Wednesday night, the facts of the matter were revealed, and it’s a situation that has been seen once already this year for another Buckeyes commit: If Cooper wants to enroll early at Ohio State like he intends, then he needed to make a very difficult choice to leave the school he’s represented well for three years.

From StLToday.com and David Kvidahl:

Cooper said his plan is to fulfill his academic requirements in short order and graduate early, an option that was not on the table at Trinity.

Like many private schools around the country, the Titans do not allow high school seniors the chance to finish up school in December and graduate early, a decision that may need to be revisited as the landscape of college football continues to change. Early-enrollment opportunities for the country’s best prospects are a game-changing element of how much impact can be made as a true freshman, and the value for the player is often too much to ignore.

Unfortunately, that sometimes means risking the chance for players to finish their careers where they started. After helping Trinity win a state title as a junior, there’s no doubt that decision couldn’t have been easy for Cooper and his family. He is slated to play in the Under Armour All-American game in January, and that may be the only time he’ll suit up again before stepping on campus in Columbus.

Ironically, this decision could potentially have some positive results for the Buckeyes. When Cooper made his college decision in July, he picked Ohio State over Illinois, where his Trinity Catholic’s former coach Cory Patterson now works. The ability to sway him from his decision leading up to signing day in December could be lessened now that he’ll be enrolled at Pattonville High School instead.

After trying unsuccessfully to make a real connection with Las Vegas 2020 tight end Darnell Washington, Ohio State is working the desert once again in the Class of 2021.

Moliki Matavao, a 6-foot-6, 240-pound prospect at Liberty (Henderson, Nev.) High School, has been slowly growing a bond with the Buckeyes over the last few months. Ohio State offered the country’s third-ranked tight end back in May, and he’s been in contact as much as possible with the coaches in Columbus since.

Over the summer, Matavao took an SEC tour that saw him visit Alabama, Tennessee and Georgia. He’s hoping to visit Ohio State, and if not during the football season, then early next spring. The opportunities at programs like those listed are one of the main reasons why he has no hesitation about potentially leaving the western half of the country for college.

“To me, location isn’t really a big factor, Matavao said. “Of course I’d love my friends and family to watch me, but wherever I know I’ll fit, I’ll go anywhere. I am definitely looking for a family environment and an offense that I will be utilized in because I want to be able to help the program out.”

If he does make it for on-campus visits around the country this fall, it will be a unique experience. Matavao has yet to ever see a college game in person.

New name of interest at running back for Ohio State

It’s a refrain I’ve uttered many times in the last month, but there are going to be a lot of new names that pop up when it comes to the running back position and Ohio State.

One those new options is Miami (Fla.) Columbus High School 3-star tailback Harry Parrish. Parris is committed to Pittsburgh, but he told Lettermen Row that Tony Alford and the Buckeyes have expressed an interest in getting to know a bit more about him.

Parrish is coming off a spectacular season-opening game that saw him record 324 yards on just 17 carries. To this point, there’s no scholarship offer from Ohio State, but the 5-foot-10, 185-pound Parrish looks like a player who may have slipped through the cracks and avoided the big-time national attention that would usually accompany his skill set and his geographic location.

A number of college programs are going to be sniffing around Parrish after his early-season outburst. But right now, the Buckeyes are just trying to get to know him a bit before thinking about a potential offer.

“Coach Alford told me they just want me to just keep playing my game,” Parrish said. “Everything else will fall into place.”

Sometimes it seems that if kids aren’t playing at St. Thomas Aquinas, Deerfield Beach or another one of South Florida’s powerhouse schools, they’re overlooked a bit. But Parrish is squarely on the Ohio State radar now.