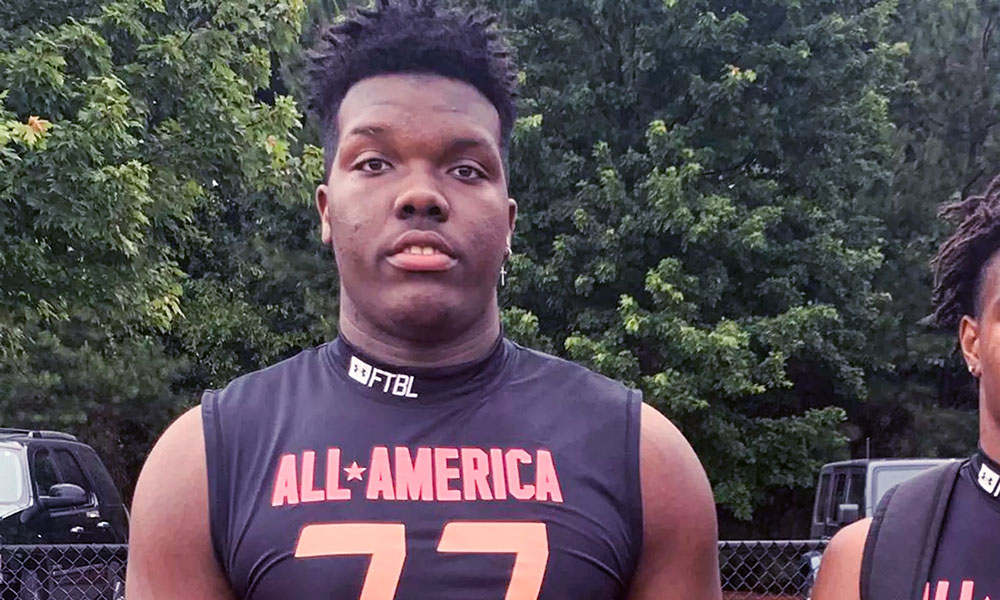 Have a question about Ohio State recruiting? This is the place for you, five days a week. Submit your questions on Twitter or on the Lettermen Row forums. Check-in daily to see what’s on the mind of Buckeyes fans all over the country. Today’s question is about the state of defensive line recruiting in Georgia.

Do you think we have a great shot at landing Christian Miller?

Anytime that Ohio State is pursuing a player from a place like Georgia, I’m personally reluctant to suggest that the program has a “great” shot at landing him.

In the case of Cedar Grove defensive tackle Christen Miller, it does feel like the odds are a little bit better than others, though.

Offered by Ohio State in January, Miller — along with his teammate Joshua White — made a trek to Columbus last October to get a better look at the city and to get a feel for what the campus and city is all about. A 6-foot-5, 285-pound strongside defensive end, Miller probably also spent some time talking to Ohio State defensive linemen Antwuan Jackson, who he considers one of his role models.

It took Antwuan Jackson picking the wrong school once for him to eventually land at Ohio State, and it’d make perfect sense if he would use that lesson in conversations with Miller, who is set to make a college decision on April 4. Prior to the offer from the Buckeyes, he’d released a top-schools list that included Georgia, Florida, Georgia Tech and Indiana. But he made it a point quickly and publicly to declare that Ohio State was now firmly in the mix. 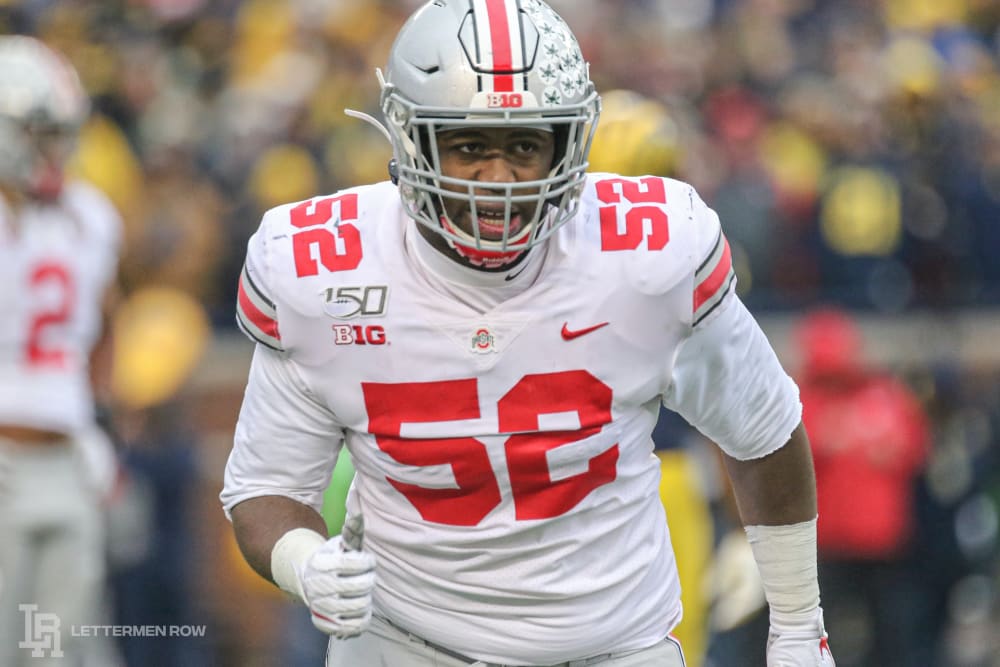 Ohio State senior Antwuan Jackson has been a big influence in the life of Christen Miller. (Birm/Lettermen Row)

Recent conversations with sources in Georgia have given a pretty clear look at how things could be stacking up for Miller, who has steadily improved his game to the point where he’s now the country’s No. 10-ranked defensive tackle. To shed some light on that now, Lettermen Row has been told that the battle looks to be coming down to the Buckeyes and the Bulldogs, as one may expect.

Georgia has eight commitments in its 2022 recruiting class, and seven of them are from inside the Peach State’s borders. That’s a clear sign that Kirby Smart is trying to lock down the best locally before making the Bulldogs annual national push. The Dawgs are the expected winner in the Mykel Williams sweepstakes (who Ohio State likes but Lettermen Row is told isn’t really a contender for at this point), and he plays a similar position to Christen Miller. Plus Georgia already has commitments from three other defensive linemen, including two other defensive tackle-types in Bear Alexander and Tyre West. So, it’s conceivable that if the Buckeyes really pushed for Miller, there’s at least opportunity to make a compelling argument that they provide a clearer path to the playing field down the road.

It’s never easy to walk into SEC country and land a player that schools such as Georgia really want to keep home, but the Buckeyes are hoping that the relationships with Christen Miller and Cedar Grove High School can level the playing field. From there, it’s all about Larry Johnson, his reputation and his ability to connect individually with the young men and their families if Ohio State is going to come out on top..