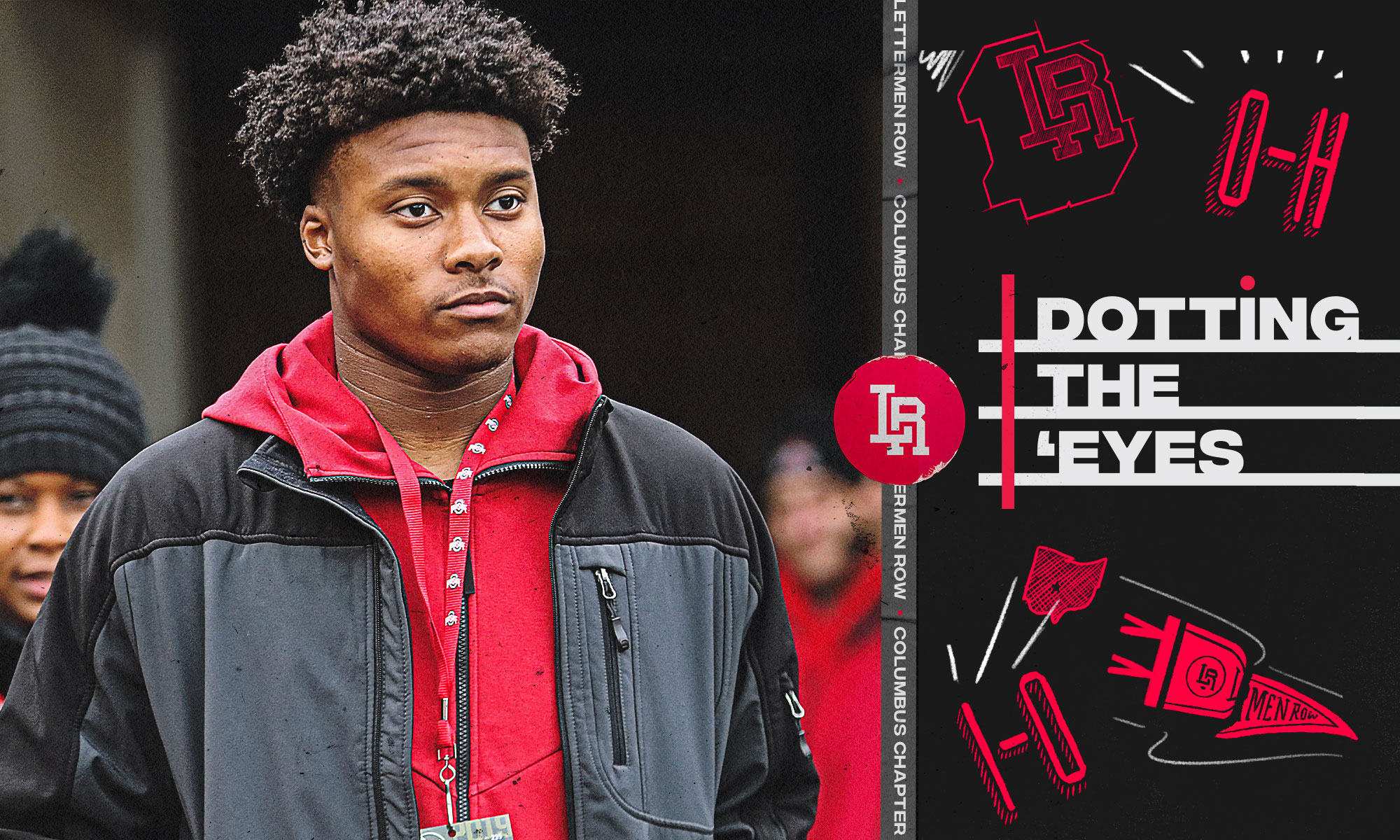 Stay in touch or be left out because Ohio State recruiting is a 24-hour, seven-day-per-week obsession. What’s the latest news as the Buckeyes build for the future? Get that and more Sunday through Thursday on Lettermen Row. Monday’s notebook updates the recruitment of tight end Jordan Dingle along with linebackers Smael Mondon and Terrence Lewis.

Jordan Dingle continues to have interest in Ohio State

Lettermen Row has written many times about Ohio State’s pursuit of a second tight end in the Class of 2021. One of the earliest targets at the position in this cycle was Jordan Dingle, a 3-star prospect from Bowling Green (Ky.) High School, who earned an offer from the Buckeyes following a one-day camp in Columbus last June.

The country’s No. 14-ranked tight end had his junior season cut short because of injury and is still working his way back to 100-percent health — while also trying to navigate the changing landscape of college football recruiting. Dingle was scheduled to visit Ohio State in mid-March, but that visit was cancelled. So, he’s doing whatever he can to stay in touch with the Buckeyes in other ways.

“I’m doing good, and I just started running again [during rehab],” Dingle said. “I’ve been talking to [offensive coordinator Kevin] Wilson as much as usual.”

Dingle was an early priority for the Buckeyes, and nothing has changed in that regard with Ohio State from the time it landed a commitment from Colorado prospect Sam Hart.

Ohio State, Virginia Tech, Northwestern, Louisville and Purdue are among the programs at the top of the lists for the 6-foot-4, 235-pound Dingle.

The Buckeyes offered the 6-foot-3, 220-pound Mondon in February of last year, and he told Lettermen Row the contact hasn’t slowed down at all.

“I’ve still been talking to Al Washington and Ryan Day,” said Mondon, the country’s No. 2-ranked outside linebacker. “I have a real good relationship with Coach Washington. He’s a real dude so I know he’s not going to sugarcoat anything. I can tell he’s a good person and cares about his players.”

For Ohio State to become a real player in this recruitment, it will need to get the 5-star linebacker on campus. Mondon was hoping to have that happen this spring, which is obviously not possible. Either way, he’s not letting the lack of visits pressure him into any kind of decision sooner than he would’ve made one otherwise.

“I planned on visiting, I just hadn’t set it up yet,” he said. “It hasn’t really impacted my timeline any. I’m just going to have to make up the spring visits I was going to take by taking them in the the summer.”

Georgia is the 247Sports.com crystal ball leader for Mondon, who has almost 40 offers to his name. There’s no decision expected until close to signing day.

The Buckeyes are still in the mix for defensive tackle Marcus Bradley, who has narrowed his top schools down a bit.

Ohio State hosted the 6-foot-3, 270-pound interior lineman twice last November and quickly became one of the favorites to land the nation’s No. 11-ranked defensive tackle.

Bradley’s current list is a good reminder of how things can change in recruiting. His list had been cut to 10 in February, and that list included Duke, Michigan, Maryland, South Carolina, Oklahoma, Vanderbilt, Georgia and Virginia — along with Ohio State, Maryland and LSU. Now two months later, only three of those original 10 — Ohio State, LSU and Maryland — remain. The other three schools, Tennessee, Texas A&M and USC, weren’t on the list two months ago.

Welcome to recruiting in 2020.

Ohio State out of final five for Terrence Lewis

One list the Buckeyes didn’t make this time around? The top five list of 5-star linebacker Terrence Lewis.

& when the dust settled , there were only 6🐺… pic.twitter.com/lucml6bG17

The Buckeyes have not offered Lewis, and that’s probably the biggest reason for their exclusion. Conversation between both sides had picked up in the last month, as reported here on Lettermen Row.

“I’m going through the process of getting the offer from Ohio State, I still have to talk to [Ryan] Day.”

Apparently those talks weren’t as productive as they could have been. Lewis, despite what appeared to be a coordinated social media push from him and Buckeyes commitments, still hasn’t added the offer from Ohio State. He now seems ready to move on without it.