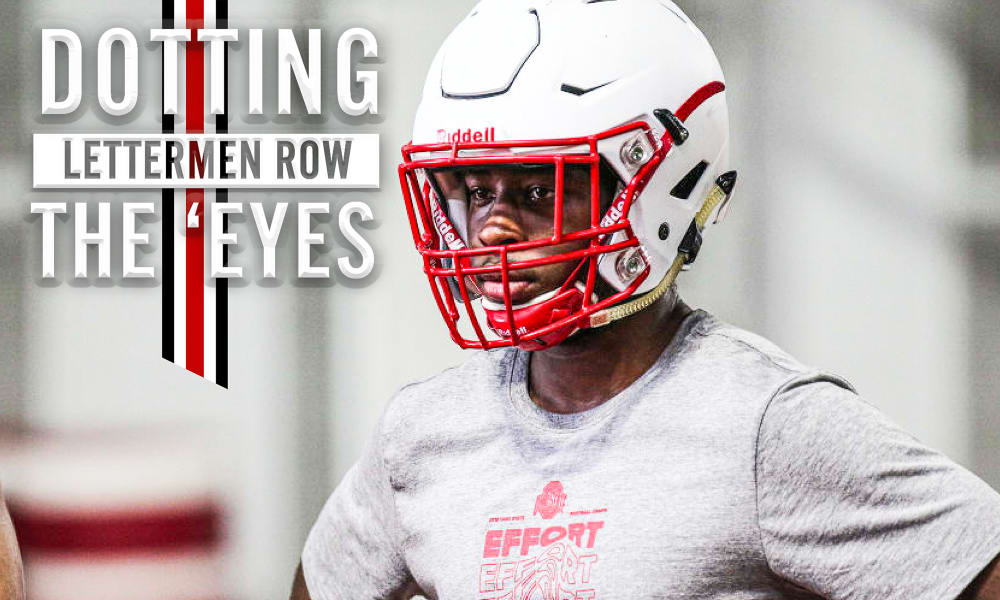 Stay in touch or be left out because Ohio State recruiting is a 24-hour, seven-day-per-week obsession. What’s the latest news as the Buckeyes build for the future? Get that and more Sunday through Thursday on Lettermen Row. Today’s notebook catches up with in-state standout Jaylen Johnson and talks with a pair of Georgia stars about their continued interest in the Buckeyes.

Since that day at the Woody Hayes Athletic Center, Johnson has been in weekly contact with the Ohio State coaching staff as the two sides develop what they hope will be a fruitful longterm relationship.

To this point, Johnson is still trying to keep his recruitment even-keeled. He’s made it clear that despite the weight of the Buckeyes offer, he’s not in any hurry to make a college decision.

“This offer from Ohio State, honestly, it means a lot to me,” Johnson told Lettermen Row in June. “This is my dream school.”

The 6-foot-1, 205-pound Johnson is Ohio’s tenth-ranked 2021 prospect according to 247Sports.com. He remains unranked in the composite rankings at this time.

We introduced the country’s second-ranked outside linebacker on this site back in February.

Smael Mondon, a 4-star prospect from Dallas (Ga.) Paulding County High School, told Lettermen Row that Ohio State was one of his favorite programs to watch growing up

The 6-foot-3, 210-pound Mondon has continued to stay interested in the Buckeyes since earning his offer. And he has maintained his relationship with linebackers coach Al Washington as much as possible since.

“I talked to Coach Washington last week,” Mondon told Lettermen Row. “I planned on calling him again tonight actually. I like him a lot. We talk about more things other than just football now. He’s a good dude.”

Georgia’s third-ranked 2021 prospect had hoped to visit Ohio State over the summer but was unable to arrange it. Getting to Columbus remains on his list of priorities though.

As a top prospect in one of the country’s recruiting hotbeds, Mondon knows that there’s an expectation he’ll remain in SEC country for college. He won’t dismiss that outright, but he left the door open for programs like Ohio State to walk through.

“If I find the right place for me I’ll go wherever,” he said. “I wouldn’t mind going far from home if it’s the right fit for me.”

The Buckeyes have a quarterback committed in the Class of 2020 and 2021 and will begin to slowly turn their focus to the Class of 2022 in the next few months for evaluation purposes. One player who hopes to hear from Ohio State is Lilburn (Ga.) Parkview athlete Terian Williams, who has picked up early offers from Florida and Florida State after camping with those programs this summer.

“I’m just waiting to hear from the Buckeyes,” Williams told Lettermen Row. “Justin Fields is a friend of the family. Both of our dads are police officers, and they patrolled together for years. Plus, they have an outstanding engineering program and the history of the program is second to none. They recruit SEC-style players: Big, physical and fast — and they develop defensive backs.”

For the Buckeyes to get involved, they’ll need to see Williams in person. That kind of camp evaluation is where offers are earned. Williams said the Seminoles and Gators were impressed by what they saw during his visits this summer.

“They were impressed with my game film, because I was the only 9th grader in Georgia 7A to play varsity and play both sides of the ball,” Williams said. “All ninth-graders in Gwinnett play 9th-grade football, maybe one or two will play the last two games junior varsity, but they wanted to see me compete against some of their 2020 and 2021 recruits in camp, which I did.

“Kentucky and Tennessee offered during the season. South Carolina offered this summer, as did Rutgers.”

What more can Jeff Hafley, Brian Hartline do as recruiters?
Who should Buckeyes recruit to fill void at running back?
Advertisement