Connect with us
Jake Seibert is grayshirting but eager to become a part of the Ohio State program in the Class of 2020. (Jake Seibert/Courtesy)

Ohio State football recruiting can be a wild ride full of twists and turns as recruits from all over the country maneuver their way to signing day. Lettermen Row is here to help navigate the tumultuous roads by getting to the heart of the matter with the young football players themselves. Birminology shows who the young men being recruited by Ohio State truly are — by talking to them. Today’s guest is Cincinnati La Salle kicker Jake Seibert, a 2020 commitment for the Buckeyes who will grayshirt before enrolling at Ohio State.

When the Buckeyes offered him a chance to do so, he didn’t want to wait long to take it — even though it meant paying for his first semester of college.

“It’s a dream come true,” the 6-foot-1, 190-pound Seibert told Lettermen Row when he committed to the Buckeyes in June. “The location is perfect. I can go home and come back the same day if needed. I was able to hang out with the players a lot [last weekend] and loved being around them.

“I come in next summer and go through the first semester on my dime. The rest is all fully-guaranteed. I am excited to start becoming a Buckeye.” 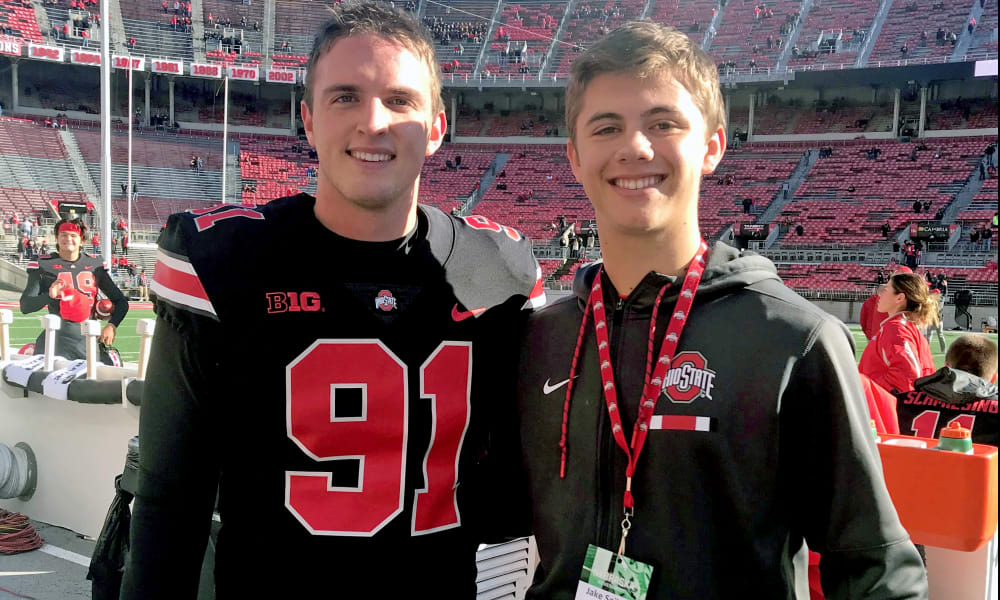 Jake Seibert had important conversations about his commitment — and grayshirting — with punter Drue Chrisman. (Jake Seibert/Courtesy)

The players Seibert hung out with were the Ohio State specialists, primarily,  That unique group of Buckeyes, especially punter Drue Chrisman, played a major role in the decision Seibert made to follow his heart to Columbus. And that wasn’t a chip shot to make that call rather than ignoring scholarship money or pride that was pulling him to one of the schools that had offered the country’s second-ranked kicker a full,  immediate scholarship.

Whenever he’s on scholarship at Ohio State, Seibert is eager to be a part of the powerhouse program. The Cincinnati product loves the location of the school and is excited his family will see him play in front of 100,000-plus every week in Columbus. How does he, as a kicker, prepare for that pressure himself? Does he have a secret skill like Drue Chrisman’s bottle-flipping?

Jake Seibert talks about those things and more in this week’s edition of Birminology on Lettermen Row.