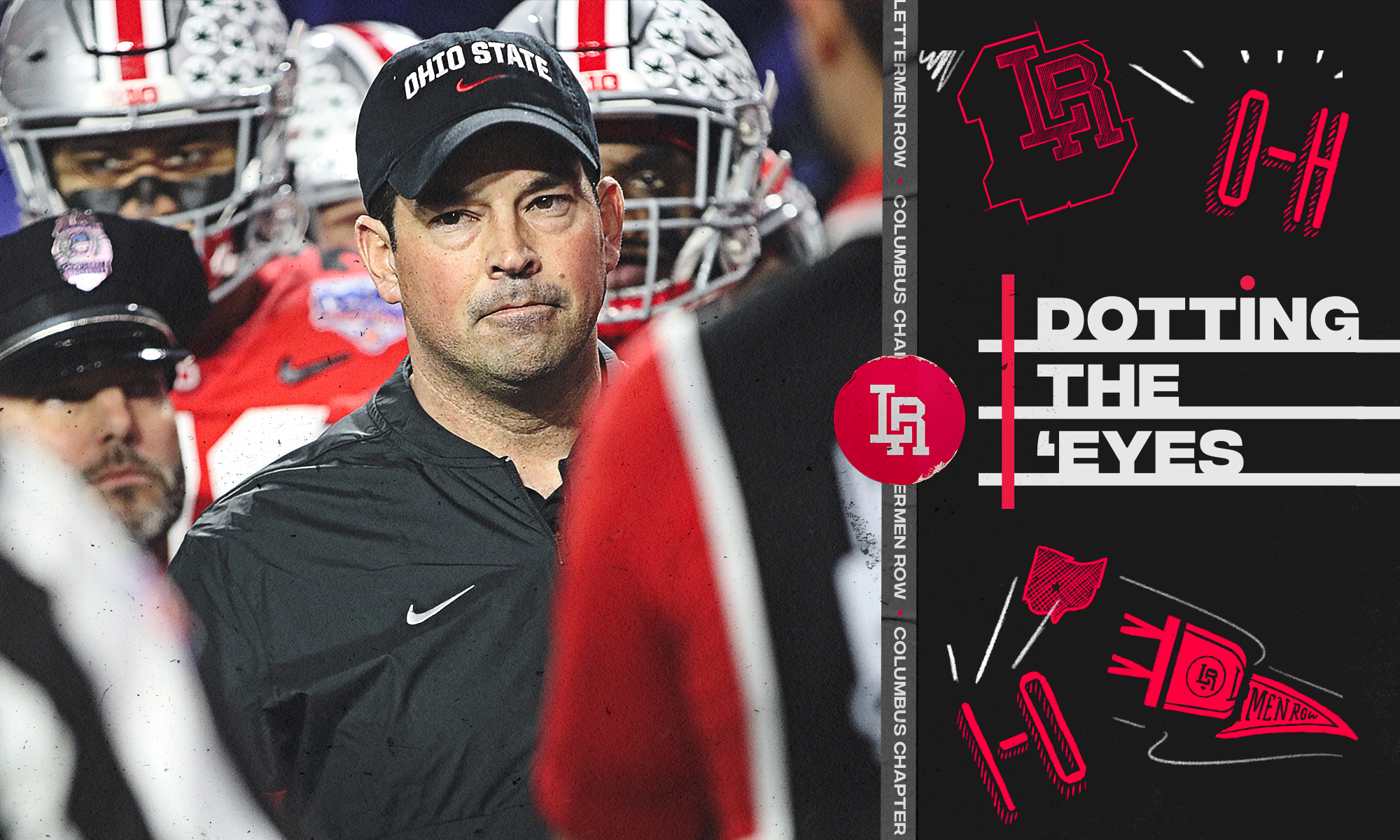 Ohio State will have to wait to host recruiting visitors even longer. (Birm/Lettermen Row)

Stay in touch or be left out because Ohio State recruiting is a 24-hour, seven-day-per-week obsession. What’s the latest news as the Buckeyes build for the future? Get that and more Sunday through Thursday on Lettermen Row. Today’s notebook touches on the once-again extended recruiting dead period and what it means for Ohio State.

The NCAA has once again voted to extend the current recruiting dead period caused by COVID-19, and any hope for recruits and their families to make college visits this summer is now gone. The current hiatus has been extended and will last at least through July.

The impact of this extended dead period on college football teams isn’t going to be black and white because every program is in a different position. But there’s no doubt it’s affecting young athletes who are hoping to capture the attention of college football coaches and recruiters.

What does it mean for Ohio State recruiting?

As for the Buckeyes specifically, these next few weeks could become quite interesting. A handful of Ohio State’s top remaining targets, including prospects like Hudson Wolfe and Emeka Egbuka, were waiting patiently to see what the NCAA would do with the hopes of taking visits to Columbus this summer with key family members who’d not yet been to campus.

With those hopes dashed, Wolfe, Egbuka and a lot of players around the country are going to be sorting out an important decision: Wait until the fall to make a college choice or commit without making the final trips that they’d been hoping to make.

As hundreds of members of the 2021 class make college commitments because of the unprecedented impact that the coronavirus pandemic has had, one major prospect has made the decision to slow down his process.

after thinking about it , i’ll announce my commit when i’m ready , this decision is affecting the rest of my life .

Christian Leary, a blazing-fast 4-star prospect from Edgewater (Orlando, Fla.) High School, had been planning a June 6 announcement date. But now that plan is off.

While that’s not necessarily Ohio State related, Leary is one of a very small group of 2021 receivers still in contact with receivers coach Brian Hartline — and that’s not by accident. When Ohio State offered the 5-foot-9, 180-pound wideout back in late March, Lettermen Row was told quite plainly that he was a player the Buckeyes really liked and would recruit aggressively.

Now that Leary is delaying his commitment, there’s more time for Ohio State to do that — and a better chance to eventually get him on campus for a visit. Alabama, Florida and Oklahoma are all involved in his recruitment as well.

Ohio State still in mix for another tight end

While Hudson Wolfe is the absolute highest priority remaining on the Buckeyes 2021 tight end list, there are still ongoing conversations with other tight ends — including Bryson Nesbit from South Mecklenburg (Charlotte) High School, who is still including Ohio State in his top schools.

Beyond blessed to be in this position!
Thank you to all of the coaches who recruited and showed interest in me.
Top 14
(Recruitment still open) pic.twitter.com/o2e93AB5az

Kevin Wilson recruits both the Charlotte area and the tight end position for Ohio State, so he’s been the primary point of contact with the 6-foot-6, 220-pound Nesbit. The 3-star prospect, who is the country’s No. 22-ranked tight end, has not visited the Buckeyes to this point.

Larry Johnson has gone back to his roots and offered another young defensive lineman from Maryland.

Derrick Moore, the country’s No. 5-ranked strong-side defensive end in the Class of 2022, is a 6-foot-4, 245-pound lineman at the St. Frances Academy (Baltimore). Ohio State has recruited that area well over the years, but St. Frances itself has not been particularly kind to the program. That’s especially been true in recent years as Biff Poggi returned to coach the Panthers after a one-year stint at Michigan, where he served as Jim Harbaugh’s special advisor and associate head coach.