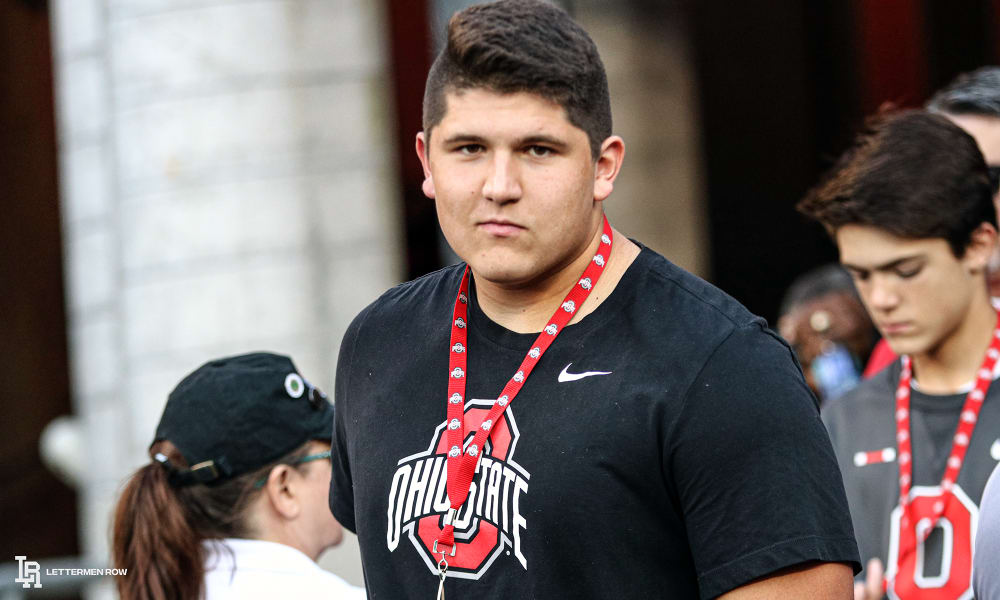 Ben Christman is a Top 100 prospect and an aggressive peer-to-peer recruiter in the Class of 2021. (Birm/Lettermen Row)

Ohio State knows that football is usually won in the trenches.

When Ryan Day took over as the coach of the Buckeyes, he prioritized the offensive line and got to work rebuilding the depth and talent in the room that Greg Studrawa had run since the start of the 2016 football season.

Though the Buckeyes were unable to hold on to long-time Class of 2019 commitment Doug Nester, Day and Studrawa were able to land Hawaii standout Enokk Vimahi, the raw-but-talented Dawand Jones and then Rutgers grad transfer Jonah Jackson in a few short weeks to salvage what could’ve been a disastrous offensive line group in that class.

The Class of 2020 saw six more offensive linemen added to the Buckeyes roster, including the country’s No. 1-ranked offensive tackle, Paris Johnson. Along with Johnson, five versatile — but in many cases unfinished — prospects are set to bolster Studrawa’s room for the next few seasons. 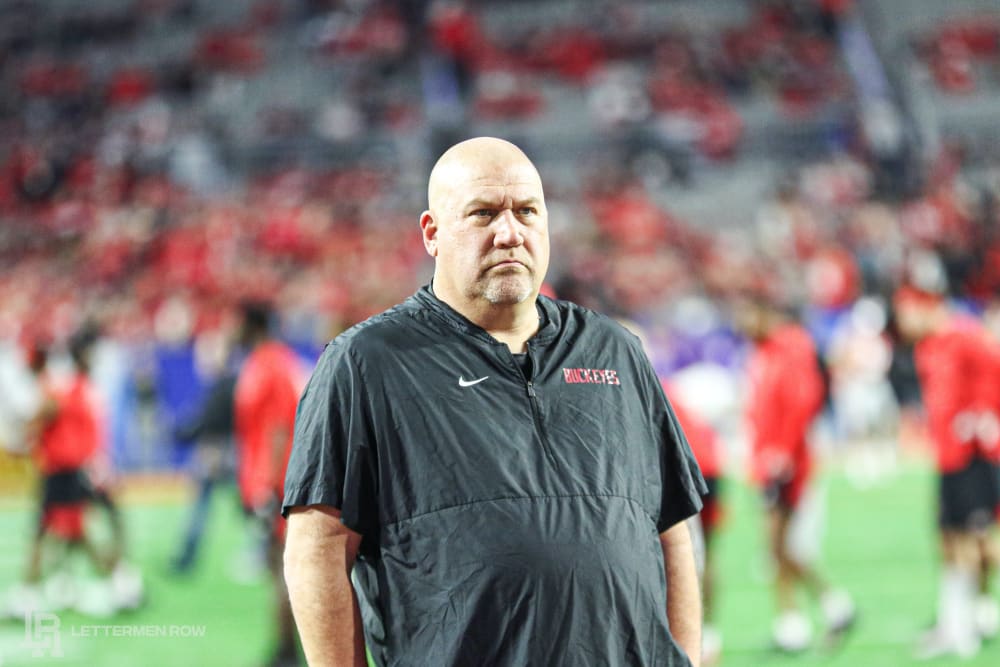 Greg Studrawa has become a capable recruiter for Ryan Day and the Buckeyes. (Birm/Lettermen Row)

Don’t expect Day and his veteran offensive line coach to rest on their laurels, though. The push for offensive line reinforcements is in full swing for the Class of 2021. And if things go as many expect they will on Wednesday, the second major piece of the 2021 puzzle is about to fall into place: Texas 4-star Donovan Jackson is just hours away from his recruiting decision.

Jackson is the country’s No. 11-ranked offensive tackle and No. 57-ranked prospect overall.  The Bellaire (Texas) Episcopal star has offers from all over the country and was one of the six underclassmen invited to The Opening last summer, the premier recruiting camp/combine in the nation — and he was the only non-senior offensive lineman.

Jackson was named the MVP of the offensive line at that event and put on The Opening’s Dream Team for his efforts. So he’s pretty good.

If Jackson picks the Buckeyes — and the 247Sports.com crystal ball is pretty significantly slanted in Ohio State’s direction — he’ll join Richfield Revere 4-star tackle Ben Christman, the No. 10-ranked offensive tackle, in the committed column for Studrawa in 2021.

That duo could be the tip of a very talented proverbial spear for Ohio State along the offensive line in the next cycle.

The Buckeyes are at the top of the list for J.C. Latham, the No. 80-ranked prospect in the country and a serious contender for Virginia lineman Tristan Leigh. After dominating the All-American Bowl underclassmen combine in San Antonio last week, Leigh is going to become a hot commodity nationally in the near future and is almost certainly going to see his ranking rise quickly where it is now. He’s the country’s 168th-ranked player currently, but that’s going to change and the Buckeyes were involved much earlier than most schools.

Though he’s not listing any current leaders, Ohio State is also at the top of the list for Kentucky 4-star guard Jager Burton, ranked No. 5 nationally among all guards.

It’s early, but there’s cautious optimism that right now the Buckeyes are in driver’s seat for each of those players. And there are a number of other linemen they’re still recruiting and in a good position with in the event that something falls through with Jackson, Leigh, Latham and Burton.

Clarkston (Mich.) teammates Rocco Spindler and Garrett Dellinger are both 4-star tackles who’ve visited Columbus multiple times. Colorado 4-star Trey Zuhn has made three separate visits to Ohio State. The Buckeyes would love to move the dial a bit with 5-star tackle Nolan Rucci, the top-ranked player in Pennsylvania. And they are firmly in the mix for Michigan prospects Rayshaun Benny and Caleb Tiernan, while also remaining a contender for Notre Dame commitment Greg Crippen and Tennessee 4-star Noah Josey, each of whom visited in November.