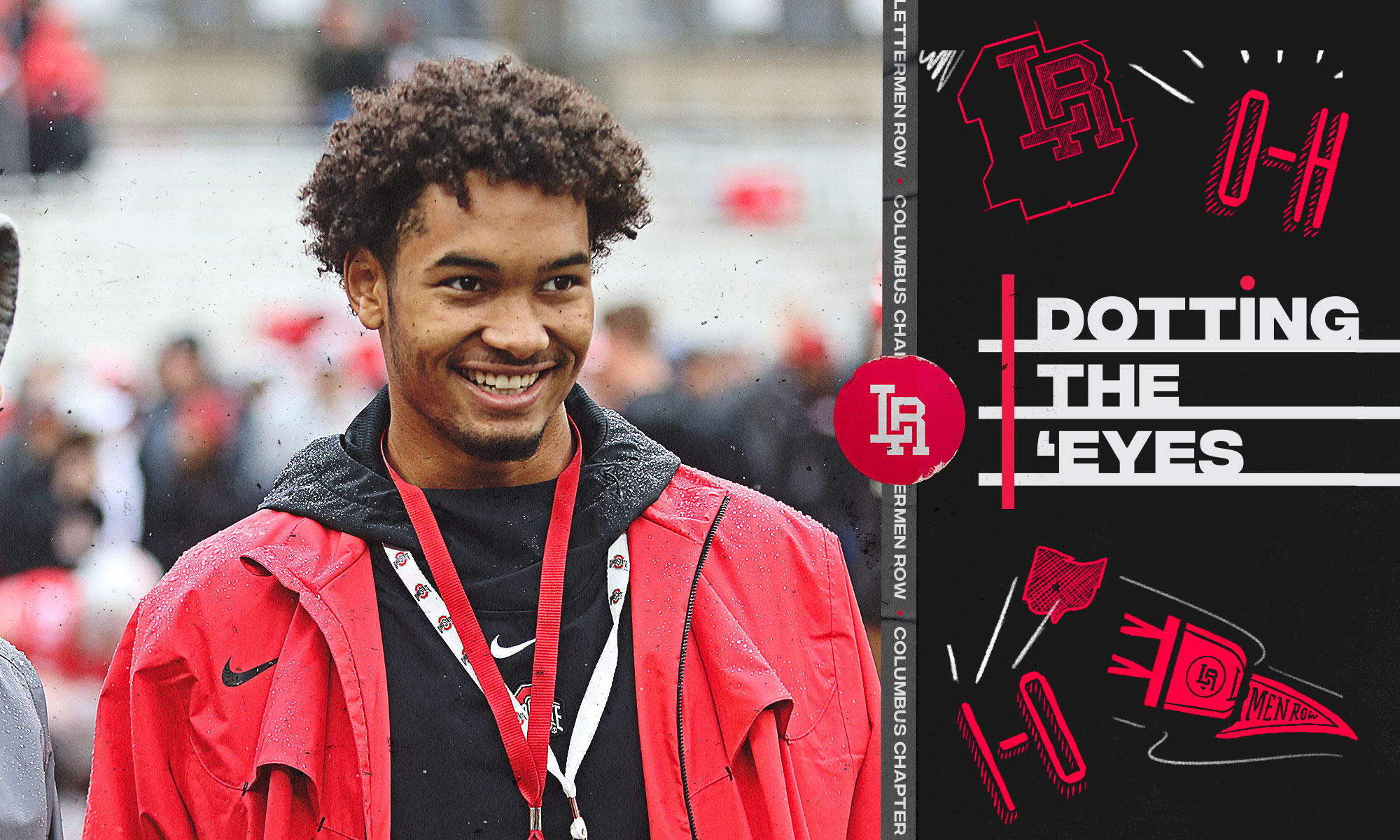 Emeka Egbuka has a loaded top four with some interesting storylines

Stay in touch or be left out because Ohio State recruiting is a 24-hour, seven-day-per-week obsession. What’s the latest news as the Buckeyes build for the future? Get that and more Sunday through Thursday on Lettermen Row. Today we look at narrowed-down top schools lists and what they mean for the Buckeyes 2021 recruiting efforts.

We wrote about the recruitment of Emeka Egbuka last week and went into the battle Ohio State finds itself in for the country’s No. 1-ranked 2021 receiver.

Two days later, Egbuka announced his final four schools, and while those two items aren’t related, it’s another sign that things are tightening up for the 5-star wideout and his ultimate college decision.

These are the four schools I will be focusing on furthering my recruitment .. #FIN4L 🖤 pic.twitter.com/kaudie4x67

What we wrote made mention that one school — Stanford — had been of major concern to Ohio State sources over the last few months. The fact that the Cardinal didn’t make the list should be considered a plus for the Buckeyes, without question. It was never a matter of Stanford being the school that Egbuka preferred, but some parts of the young star’s family wanted him to weigh that opportunity differently. With the Cardinal out of the picture, the idea that there is a lead for Ohio State in this recruitment gains important clarity.

Now that challenge becomes getting clarity on everything else. There is no timeline for a decision for the 6-foot-1, 190-pound Egbuka, and there are no plans for official visits to the schools that remain in the mix.

If a decision needed to be made today, I believe Ohio State would be the choice. How that translates into the current recruiting situation is anyone’s guess, but as more and more players make earlier-than-expected decisions, it’s likely that Egbuka will have to sit down and sort out his priorities moving forward.

Speaking of players committing earlier than expected, Ohio State’s top linebacker target throughout the 2021 recruiting period is coming off the recruiting board on Tuesday.

i will be announcing my commitment tomorrow, my mothers birthday at 6:50pm EST on Fox 5 News.
God Bless and see y’all then! @FOX5Atlanta @Mansell247

Barrett Carter will make his commitment, and unfortunately for the Buckeyes, they will not be the pick. The inability to get back to Columbus this spring was the final nail in the proverbial coffin for Ryan Day’s program. But more than anything, it was the job done by Clemson, Auburn, Georgia and others who convinced the 4-star linebacker that the Buckeyes afforded him nothing that couldn’t be offered much closer to Atlanta.

Clemson is the likely choice on Tuesday. That decision will put the Buckeyes even further behind the eight ball in their efforts to flip 4-star cornerback Jordan Hancock, who is Carter’s teammate at North Gwinnett (Suwanee, Ga.) High School and one of his closest friends.

As the hope of an eventual flip from Jordan Hancock takes a hit because of the Barrett Carter decision, two top-10 cornerbacks in the class narrowed down their lists and included the Buckeyes despite neither player having the chance yet to step foot on campus.

The first, Denzel Burke, narrowed his list to five schools and Ohio State is the only school east of Colorado, a clear sign that Kerry Coombs is making his presence felt in this recruitment. The country’s No. 9-ranked athlete, Burke has been talking regularly with Ohio State. So, too, has Mater Dei cornerback Jaylin Davies, whose top four schools were released on Twitter on Sunday afternoon.

Again, Davies has not yet been to Ohio State. But the Buckeyes are in a very good position to land him if he’s able to get himself onto campus sometime in the near future. The recruitment has been a multifaceted approach from Ohio State, with Kerry Coombs, Ryan Day and Corey Dennis each playing a role.

The lower the odds with players like Jordan Hancock and Tony Grimes, the better the odds that the Buckeyes stay very involved in the race for Davies and Burke as they try and survive the extended recruiting dead periods.

We mentioned last week that Ohio State offered LSU 2022 commitment Bryan Allen, the country’s No. 2-ranked safety from Aledo, Texas. To say the Buckeyes offer caught his attention would be an understatement.

The reputation as DBU or BIA has gained credence in recent weeks as major recruiting networks pump out statistics to back up Ohio State’s claim. It’s no surprise that recruits around the country are taking notice and echoing the sentiment.

Ephesians Prysock, who was offered by the Buckeyes and Matt Barnes at the end of last week, believes it. The 6-foot-3, 170-pound, 4-star sophomore from Mission Hills (Calif.) sees the Buckeyes pumping out elite talents in the secondary.

“I know Ohio State is a DBU,” Prysock told Lettermen Row following his offer. “They send high-level athletes to the NFL, and I know it’s a quality program.”