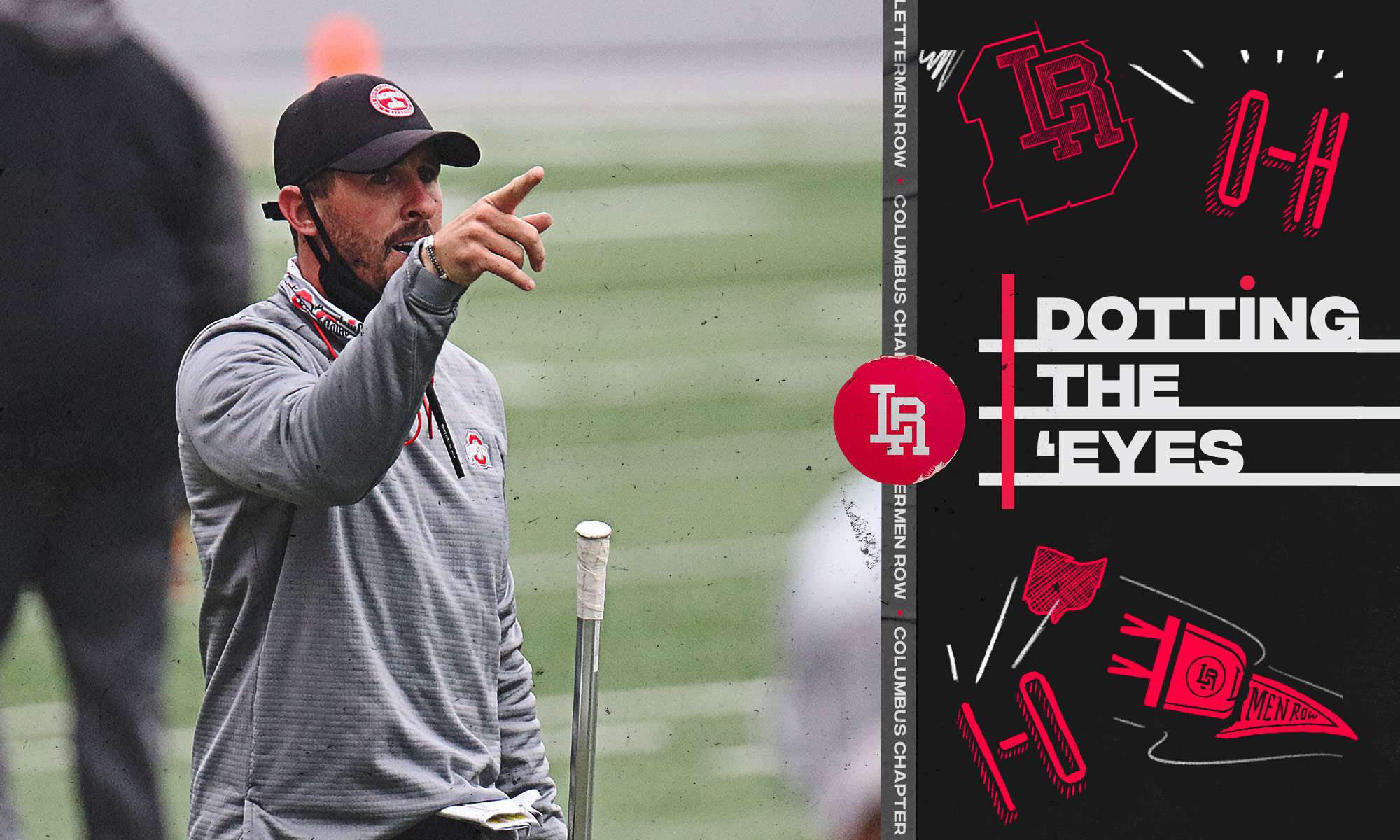 Stay in touch or be left out because Ohio State recruiting is a 24-hour, seven-day-per-week obsession. What’s the latest news as the Buckeyes build for the future? Get that and more Sunday through Thursday on Lettermen Row. Today we’re taking a whiparound look at the Ohio State recruiting efforts in the Class of 2022.

The ongoing fight to land Strongsville 2022 lineman Blake Miller has reached a milestone moment: The 4-star offensive lineman has narrowed down his top schools list to five.

Ohio State, Michigan and Clemson have been recruiting the 6-foot-6, 315-pound Miller the longest and hardest, and that has not changed since his appearance on Birminology in June. The two additions, Auburn and Florida, haven’t been able to host Miller or his family yet, and that’s kept the the Buckeyes, Wolverines and Tigers with a bit of a cushion.

Like most kids in the Class of 2022, Miller is balancing his desire to move his recruitment along with the inability to make recruiting visits. That’s made the entire process more difficult than most would have expected it to be.

The timeline for a commitment from Blake Miller isn’t necessarily changing, either. He’d still like to be make a decision before the start of his senior year if everything works out for a return to recruiting normalcy anytime soon.

If things don’t get back to normal, though, things could speed up.

There’s not been a lot of focus paid on out-of-state players in the Class of 2022 to this point because of the aforementioned recruiting weirdness. But that hasn’t stopped Brian Hartline from narrowing his own attention on a handful of talented young receivers. That list grew by one this week when Hartline offered Arizona commitment Kyion Grayes.

“I am feeling grateful,” Grayes tweeted. “After a conversation with Brian Hartline, I am so blessed and honored to receive an offer to [the] Ohio state University.”

A 3-star prospect from Chandler (Ariz.) High School, Grayes committed to the Wildcats a little over two months ago. But he’s been hearing from Hartline for a while now.

“We’ve been chatting for a bit now,” the 6-f00t-1, 170-pound Grayes told Lettermen Row. “It’s been great, actually. He’s such a good guy, and the way he does his offers and all that made it way more special.”

Grayes has never been to Ohio, but the relationship he’s quickly built with Hartline has him very interested in the Buckeyes despite his early verbal to the in-state Wildcats.

“He did he said he doesn’t care about star rankings and doesn’t care about hype,” Grayes said. “He thinks I’m am going to develop into a great player and we talk about this all the time — he always tells me that and that the culture at the school would fit me perfectly. I can see it.”

“Very excited and blessed,” Tyler Booker from the IMG Academy tweeted on Tuesday. “To have earned an offer from the Ohio State University.”

Booker, 6-foot-4 and 290-pounds, is the country’s No. 10-ranked offensive tackle in the Class of 2022. But his future is more than likely on the interior part of the offensive line. He has 27 offers from a number of the country’s premier programs and has the ability to play on the defensive line as well. As recently as mid-August, there’d been no communication between Booker — who is originally from Connecticut — and the Buckeyes.

Now they’ve offered and will work to be a player in his recruitment moving forward.

There’d been some discussion about a potential Columbus visit this weekend for Monroeville (Pa.) Gateway 4-star defensive back Derrick Davis. But that appears to be a no-go as Davis, according to a report from Steve Wiltfong of 247Sports.com, will visit Georgia instead.

Davis has been recruited by the Buckeyes for more than three years and has been to Ohio State multiple times. But he has never visited the Bulldogs campus, so getting to Athens before his recently announced Nov. 7 decision date was a priority. There’s also the hope of a visit to LSU before then but no plans for a final visit to see the Buckeyes campus, and that could all but be a death knell for the Ohio State chances of landing Davis.

The Buckeyes have six defensive backs committed. So, it was never a matter of losing the relationship battle to Penn State, Clemson or anyone else, but simply a matter of of Ohio State moving on other defensive back prospects when they could. The additions of Jantzen Dunn, Andre Turrentine and Jaylen Johnson meant that Davis was a luxury, not a requirement, for the last few months. Don’t confuse that with the notion that the Buckeyes didn’t want Davis — because they did. But it sure seems like they’ve fallen out of that conversation with a choice coming in two weeks and if he ends up making those other visits instead of coming to Ohio State, it’d validate that concern. Of course, he could still make the trip to Columbus instead, so we’ll see.