Tyler Booker is one of the country's best players and a long-time Buckeyes target. (Birm/Lettermen Row)

COLUMBUS — The wheels on the bus of the Ohio State recruiting bus continue to go ’round and round.

And in a weird twist, even as Goodwin is set to commit elsewhere this week, the Buckeyes odds are probably still better with him than the uncommitted Booker.

The 2022 recruiting cycle is off and running. It will really take off if the NCAA votes to end the dead period this week. That’s a real possibility, finally.

Real college visits are coming, folks. Colleges around the country are adapting and preparing for what’s to come. Florida State welcomed nearly 100 prospects to its spring game last Saturday. The country’s top 2021 prospect, J.T. Tuimoloau, visited Washington on Sunday for an open practice in the Huskies stadium.

Eventually, there will be live recruiting again. What does that truly means? Finding that out is the goal for Ohio State.

“We’re just kind of waiting to see what that’s going to look like. I know that there’s been talk about doing official visits in June. So we’re kind of trying to plan accordingly, and just wait for the green light on all that stuff.” 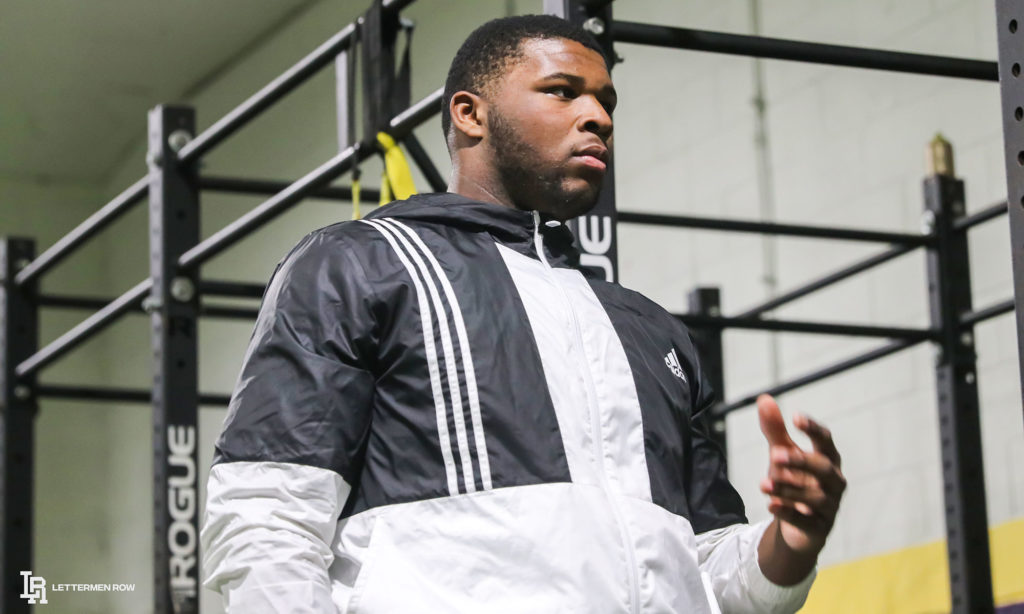 Kentucky is almost assuredly going to land a commitment from Kiyaunta Goodwin on Saturday. (Birm/Lettermen Row)

Recruits are waiting for that green light as well. If the dead period officially ends this week as is rumored, there will be a deluge of visits scheduled all around the country. Some, as Day said, of the official variety, others for evaluation purposes. Those trips will be key for some talented in-state targets who are hoping to finally get a chance to capture the Buckeyes attention.

What else is happening around Ohio State football recruiting this week? Lettermen Row  recruiting analyst Jeremy Birmingham and co-host Spencer Holbrook break down the biggest news in the latest edition of Talking Stuff, the Ohio State recruiting podcast.

From offensive line chatter, to questions about the IMG Academy, buzz from around the Under Armour camp in Columbus this past Sunday, there’s no shortage of stuff to discuss.