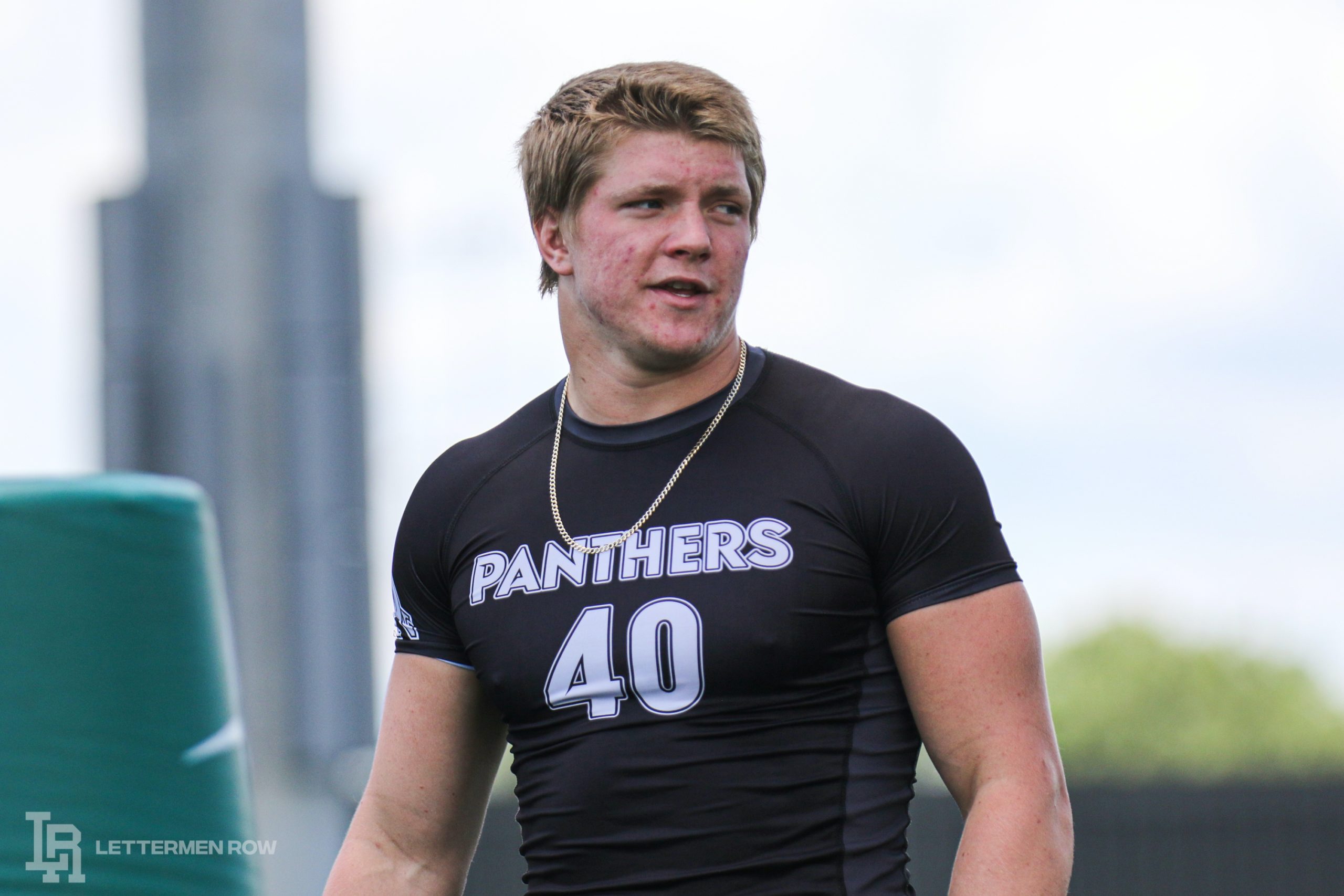 Jack Sawyer and the Buckeyes are looking to close out the 2021 Ohio State recruiting class. (Birm/Lettermen Row)

COLUMBUS — The first real big recruiting weekend of the 2020 football season — and the 2021 recruiting class — has begun for Ohio State.

The ‘Buckeyes Bash’ is here and the Ohio State recruiting class, most of them anyway, are descending upon Columbus despite the fact that there’s no chance or opportunity to meet with Ryan Day and his coaching staff.

What should Buckeyes fans expect this weekend as the ‘Buckeyes Bash’ unfolds inside of the Columbus city limits? Here are the most important things to know as this important peer-to-peer recruiting event unfolds.

What Ohio State commitments will be in town?

The expected list of attendees has changed more than a few times since Jack Sawyer and his family agreed to use their Pickerington home as ground central but with the arrival of 5-star running back TreVeyon Henderson on Friday afternoon — his first ever visit to Columbus — the Bash is already underway.

Who else will be making the trip to Central Ohio? Here’s who Lettermen Row, after speaking with the involved parties, expects to be in town.

So, in all, Ohio State will see those twelve commitments getting together. Linebacker Reid Carrico was expecting to make the drive from Ironton but has a game on Saturday and will not make it. Kyle McCord had initially planned to come, then had to cancel because of a Saturday game but that game has been cancelled and now he and his father Derek are wanting to be in town and planning to make it over, so he’s back on the list. Marvin Harrison will not make the trip.

Donovan Jackson and a host of defensive backs had not been planning to make the trip for various reasons but there’s no one in the class whose commitment Buckeyes fans should feel uneasy about because of it.

Jaylen Johnson joined Birminology earlier this week to talk about the weekend and Jack Sawyer hopped into the most recent edition of Talking Stuff to do the same, so be sure to check those out.

Who are the biggest non-committed targets coming into Ohio State?

The Buckeyes Bash is primarily a commitment involved event but there are two key non-committed prospects coming to town that the Buckeyes verbals will be spending a lot of time with, if they’re able.

First, offensive tackle Tristan Leigh is making the trip north from Fairfax (Va.) with his brother, Aidan, and his mother. Aidan is a 2023 prospect who already holds a Buckeyes offer but the visit is primarily being made for Tristan, a 5-star offensive tackle from the Robinson Secondary School, to get to know the principles involved in the Ohio State recruiting class. The family is not going to be staying at Sawyer’s house so they’ll take in some of the sights and sounds of Columbus on their own, but the real work that the Buckeyes can do to get back into the thick of this recruitment with LSU and Oklahoma has to be done by the recruits when they get a chance to spend Saturday together.

Derrick Davis, a 4-star safety from Pittsburgh, is also heading to Columbus after previously planning to be at Georgia this weekend instead. The Buckeyes have recruited Davis for more than three full years now and have been in a back-and-forth battle with Penn State for much of the last year. With Davis making a college commitment on Nov. 7, his decision to be in town this weekend could provide a real boost for the Buckeyes in their final pitch for his pledge.

With Davis and Leigh, the goal is simple: get as comfortable with the Buckeyes commitments as they are with the Ohio State coaches.

What are the rules Ohio State has to follow?

The biggest thing to know about the Buckeyes Bash at Ohio State? It can’t actually be at Ohio State or have anything to do with the Buckeyes coaches. The entire weekend has been planned through the players and their families and if any of them make their way to the campus they can have zero contact with the staff of the Buckeyes. To make sure that rules don’t get broken, the Ohio State coaches are being told to have no contact with the attendees this weekend, period. There are some gray areas of contact that they could exploit if they wanted to, like talking to the players when they’re in Pickerington or whatever but the smartest path to avoid any potential NCAA infractions is to completely shut off any contact until the end of the weekend.

Ryan Day and his coaches have other things to do this weekend anyway, right?