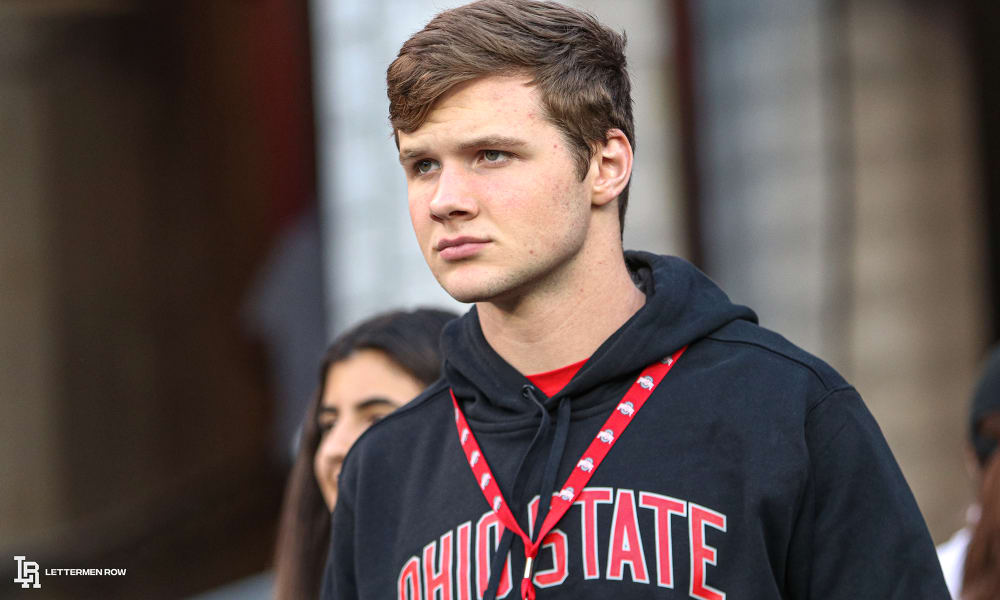 Kyle McCord was the quarterback Ryan Day wanted for Ohio State in the 2021 class. (Birm/Lettermen Row)

The 2021 recruiting class is officially on the clock and the Buckeyes are off to a great start after finishing the 2020 cycle as the nation’s fifth-ranked recruiting class. With ten commitments already, it’s time for Ohio State to begin narrowing down its lists, and Lettermen Row is going position-by-position to break down a number of the top targets being courted by Ryan Day and the Buckeyes.

Ohio State has had its 2021 quarterback since St. Joseph’s (Philadelphia) Prep standout Kyle McCord committed to the program back in late April.

That doesn’t mean there weren’t questions that had to be answered in order to settle on McCord. And it doesn’t mean there’s no chance things could change in the future. Recruiting isn’t black and white. And, as anyone who follows the machinations of these talented teenagers or follows the Lettermen Row coverage knows, things can and often do change without a moment’s notice.

A year ago at this time, Ohio State felt pretty good about its quarterback situation. Yes, Tate Martell had transferred out, but Ryan Day and Mike Yurcich were looking at a room that included a sophomore in Justin Fields and a redshirt freshman Matthew Baldwin with Chris Chugunov serving as a capable third guy. The Buckeyes had Jack Miller committed in the Class of 2020 and in a solid spot, believing they’d have Fields for another year then a multiyear battle between Baldwin and Miller.

So, as that group worked last spring, Ohio State was able to focus heavily on finding its top guy at the position in the Class of 2021.

5-stars J.J. McCarthy and Caleb Williams were in the picture, with McCarthy visiting twice. North Carolina’s Drake Maye also made two visits. California standout Miller Moss made a visit from the West Coast. McCord made two trips, too. Things were going great. Ohio State had seen all their top targets, and by the time McCord left campus following the spring game in Columbus, they knew a commitment was coming. 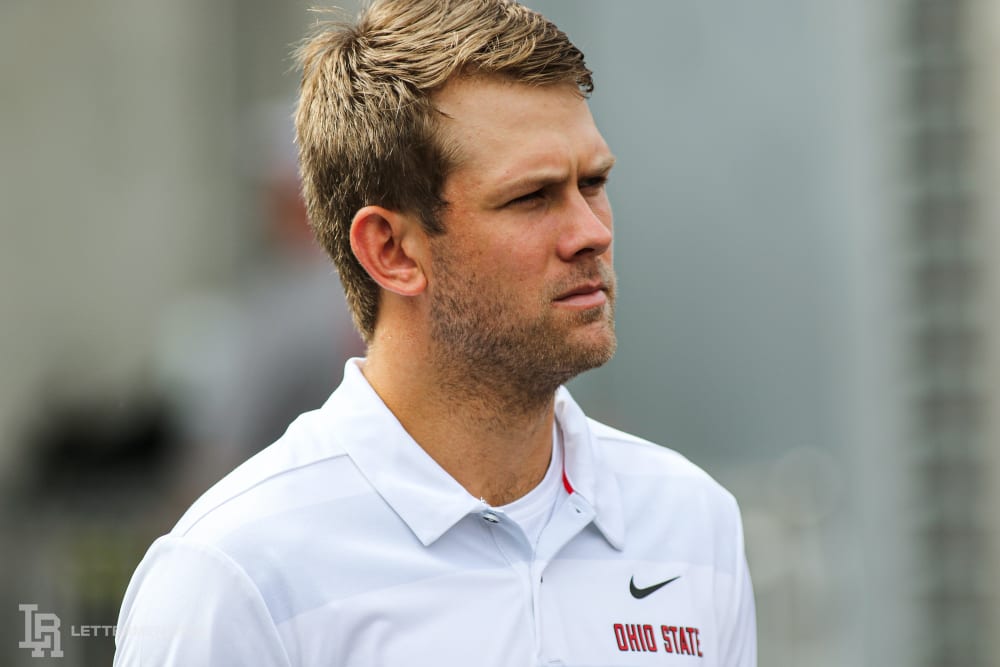 Corey Dennis is now on the recruiting trail for Ohio State. (Birm/Lettermen Row)

Then Baldwin left unexpectedly, and the plan needed adjusting. Gunnar Hoak came in to compete with Chugunov for second-team reps, and that meant Ohio State would need a second quarterback in the Class of 2020. They needed that second quarterback even with McCord committed for 2021, and that’s how quickly recruiting can change.

Anyway, yes, Ohio State has its 2021 quarterback, but there are a number of cliches out there about the futility of planning ahead.

Things happen all the time. Programs have to be prepared. There has to be a contingency plan, and even if there is no true big board at the position behind McCord, it’s a safe bet that Ohio State is alert to the chances of its needs changing sometime between now and the next signing period in December.

Corey Dennis and Day are watching and evaluating quarterbacks around the country still, but in an emergency situation it may be difficult to find another high-caliber player the way they did in 2020. C.J. Stroud’s late-rising stardom is a rarity at quarterback, not the norm.

The good news is that there’s no reason to worry about McCord or the strength of his commitment, so there’s no concern about needing to replace him unless he has to quit playing football for some reason.

Rather, the concern would be if the Buckeyes would be able to complement McCord in the Class of 2021 in the event that they had to do so. If Jack Miller and C.J. Stroud are both still in Columbus for the spring of 2021, there’s no reason for Ohio State to look at another quarterback.